Guitar wizard JOHNNY MARR covered and recorded I FEEL YOU from DEPECHE MODE last year for Record Store Day. And he did it with remarkable panache kicking off with a foot stompin’ AC/DC riff and turning the whole song into a glam rock steamroller. The track was released as a 7″ colored vinyl single with a live version of The Smiths’ ‘Please Please Please Let Me Get What I Want’ as b-side. Here’s the groovy sparkler…

EYEMOUTH is a fascinating band out of Göteborg, Sweden. Experimental in sound, captivating in vocals & mysterious in lyrics. Gothic pop grandeur. TO GO is a perfect example of their spellbinding journeys. This is how sadness sounds when it’s turned
into mesmeric sonic beauty. This mournful muse will touch your soul…

.
This track is on their latest, intriguing EP THE FLOOD. Here on Bandcamp

Twenty-five years ago the then ex-The Smiths guitar virtuoso JOHNNY MARR and
New Order‘s frontman BERNARD SUMNER joined hands and their musical muses,
formed a 2-man Manchester supergroup and released their first of three albums.
The majority of the tracks on their self-titled debut LP were made for dancing feet. Sparkling pop tunes driven by Marr‘s colorful guitar play, vibrantly spiced with richly orchestrated synths and Sumner’s smooth, recognizable voice all over it. An overall swirling feel good mix of chill out sunbeams (Getting Away With It with Pet Shop Boy
Neil Tennant / Get The Message) and rapturous disco pop melodies (like Idiot Country
with great wah-wah guitars and frolic semi-rap, semi-sung vocals / Reality and Feel
Every Beat). Music to play in your living room to soundtrack your own private party,
in your car with all windows open and on any beach where the sun shines. It’s not
an album to file under ‘classics’ but there are enough energizing grooves to get
you high-spirited for a while. Here are two of the highlights to celebrate…

– Getting Away With It –

Let me tell you what I heard about underground misfits HELL BEINGS…
They are three highly inflammable desperados living in an abandoned basement somewhere in a desolated quarter of Brighton (UK) where they intensely rehearsed
for some time now to mess up the world with some barbed wire havoc. Besides a
family of nasty rats who live in that same cellar, some of the band’s freakish friends showed up daily for their dose of loud medicine. The result of those Mad Max sessions
can now be heard on their 3-track ‘brighton bombing live e.p.‘. Warning: it sounds like
The Stooges jamming with MC5 on speed and perfectly out of tune. Hell yeah!…

Next week – June 3 – THE KILLS release their fifth album ASH & ICE. But first a new video for SIBERIAN NIGHTS , the third album track they just shared. In a press statement the band said about the clip: “Our dear friend Giovanni Ribisi followed his wonderful imagination and set out to the salt flats, capturing for us, a wild dream scene of run run run, snarling teeth and beautiful eyes. It’s a weird and wonderful, good and evil, chase and hustle blast of film. We hope you enjoy!”

The legendary funky punk pioneers THE POP GROUP from Bristol release their latest archival release: THE BOYS WHOSE HEAD EXPLODED. A compilation of rare raw live recordings from their spectacular performances of late 1979 & 1980. The compilation
also includes a bonus DVD featuring film footage shot by fabled director Don Letts at Alexandra Palace (London) on 15th June 1980 at an all day festival that featured the likes
of John Cooper Clarke, The Raincoats and The Slits among others. Here’s a snippet of the young freaks going bonkers 36 years ago. Release the bats!…

The compilation is out on Friday, May 27th. All order details on the release,
the different formats and more here via Freaks R Us

It’s all about the music as we know it but powerful images are the timeless faces for all big albums made then & now. Between 1979 and today genial and wayward post-punk-legend MARK E. SMITH and his band THE FALL (with about a million different line-ups) made 30, yes thirty studio albums. Quite an achievement if you’re 16 years younger than Bob Dylan. So here’s definitely enough material to pick 7 with a striking front sleeve… 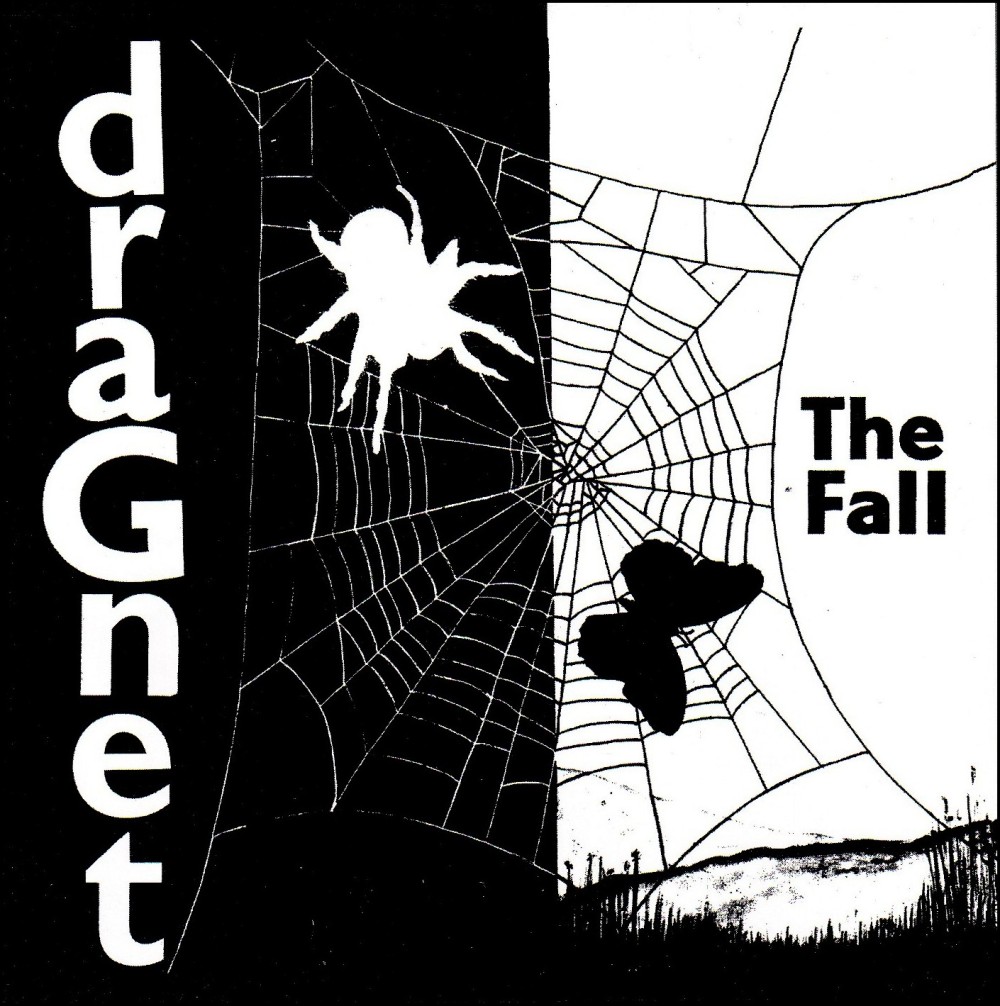 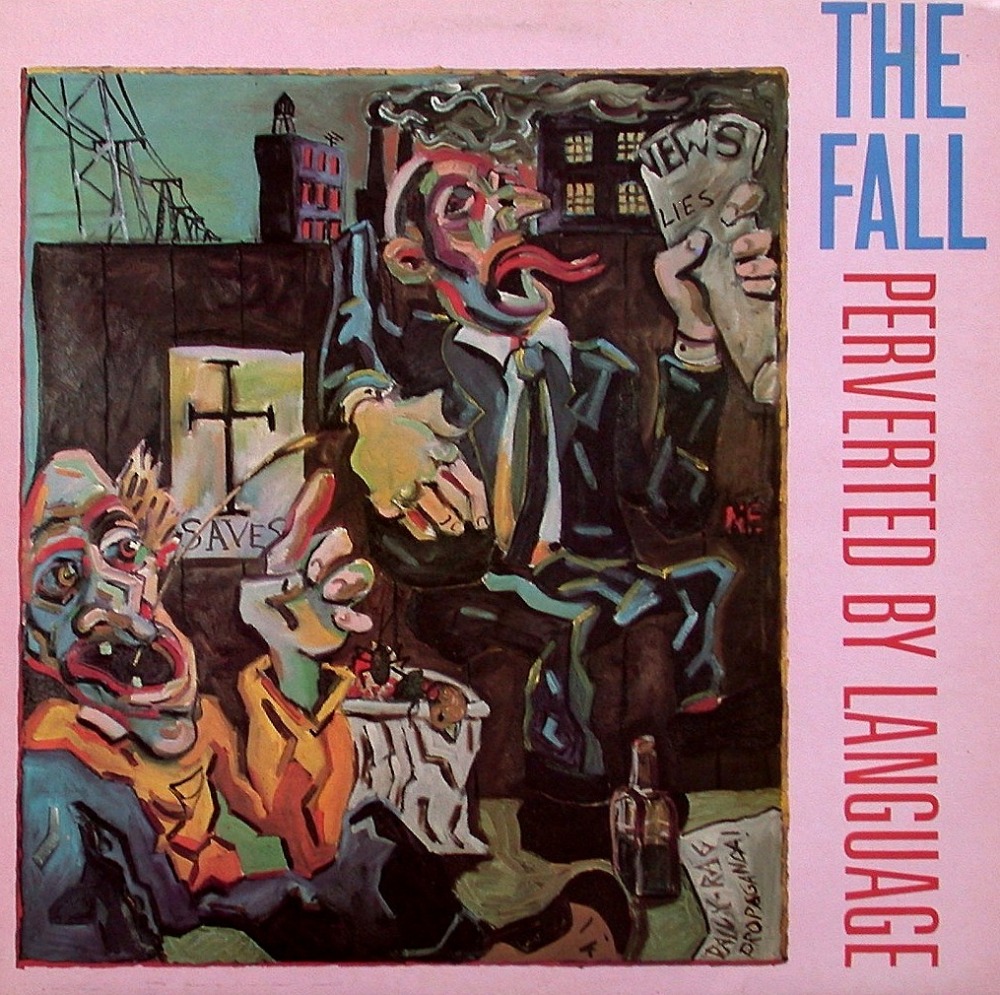 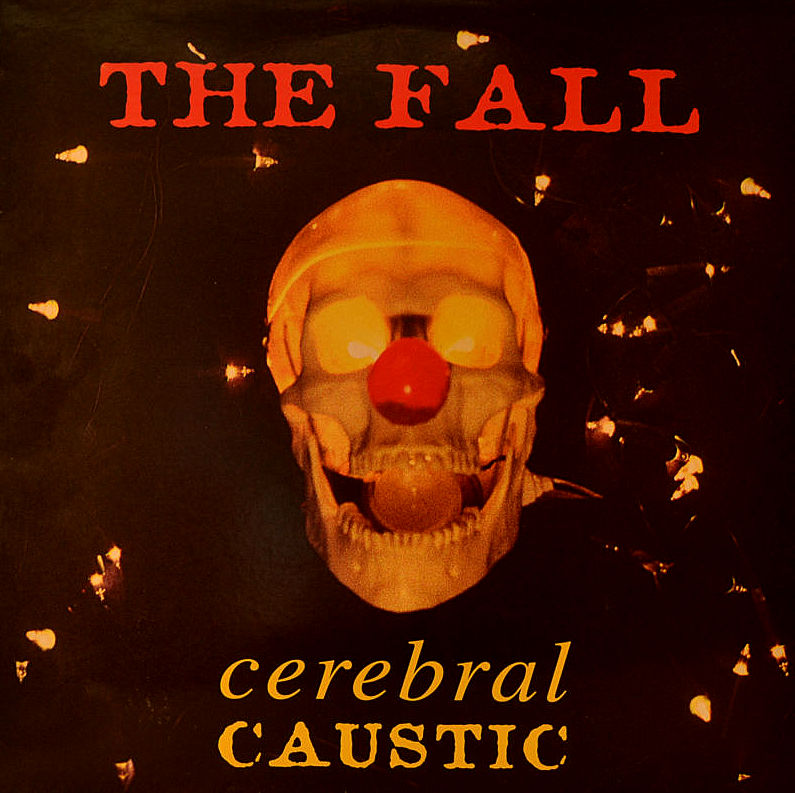 London’s provocateurs and groovy outlaws FAT WHITE FAMILY just shared a video for brand new single TINFOIL DEATHSTAR taken from 2nd album SONG FOR OUR MOTHERS
which was released last January. It’s one of the LP’s gripping highlights. Actually a tribute to David Clapson, an ex-soldier who died sadly from diabetes complications in 2013 after his benefits were cut by the British Government. An awful disgrace! The video was directed by acclaimed Canadian film and TV director Chris Grismer, who has previously directed videos for the likes of Arcade Fire, Broken Social Scene and Death From Above 1979. 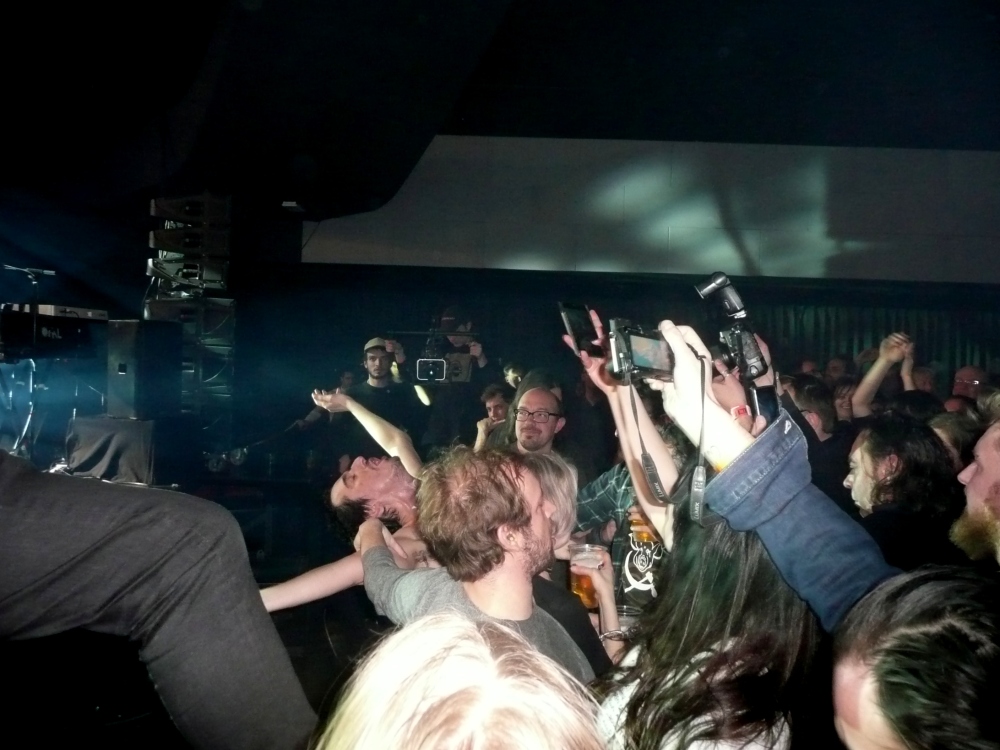 Score: The pushing backbone of this highly promising debut single is
an ongoing bluesy groove that turns slowly into a mind-bending guitar
discharge in the end. Hell yeah. Impressive way to get started!… 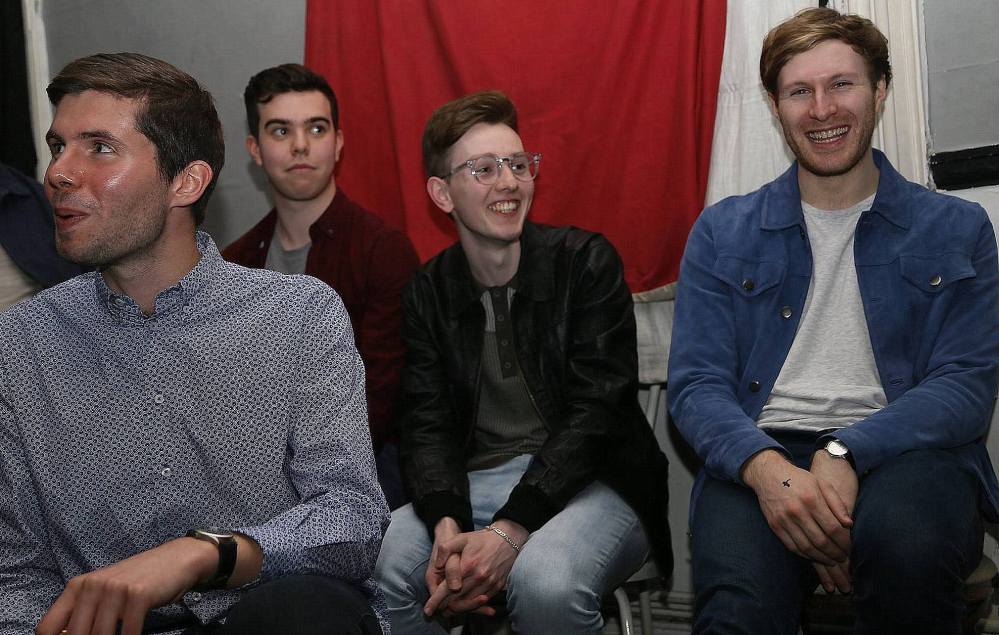 DEUX FURIEUSES are in-your-face hammering drummer VAS ANTONIADOU and fierce guitarist and incisive vocalist ROS CAIRNEY. A genuinely outspoken and committed female Glasgow/London post punk duo. They are determined to share their razor-sharp views on these troubled times. Ros and Vas do not preach, they protest. They do not look away, they question delicate issues. They care. Yes, that is what drives them: they care. They ventilate their rage about social injustices with crushing strokes performed with high intensity and
a 21st century punk thunder. Loud and proud. Noisy rebels with a trenchant cause who, after a series of rousing singles, now released their unambiguous, honest and challenging debut album TRACKS OF WIRE. A raw body of work to file next to your Savages albums and early PJ Harvey records. Press the play button here… 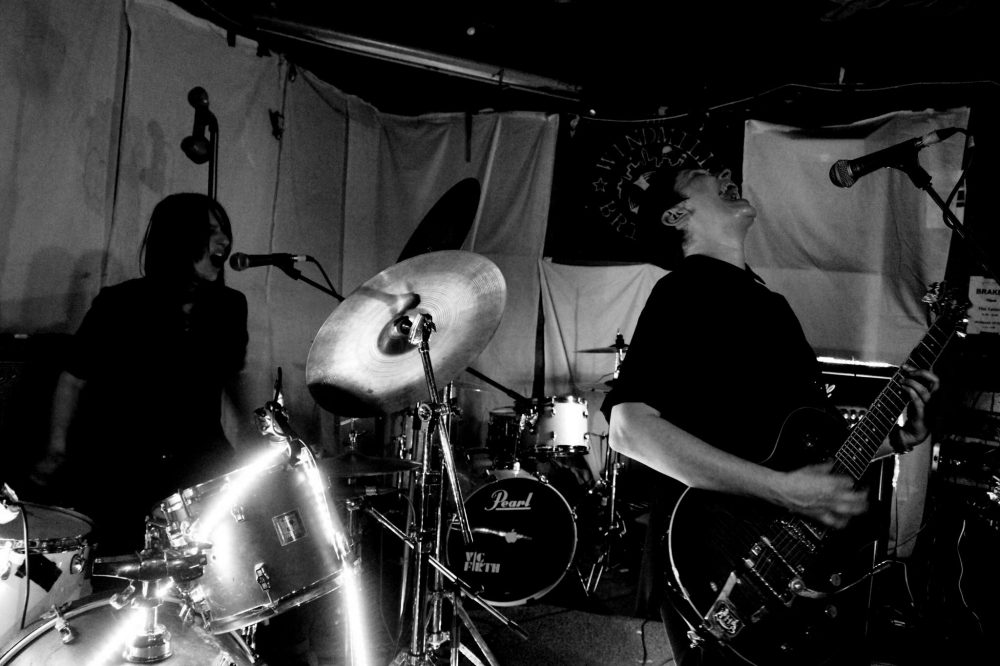