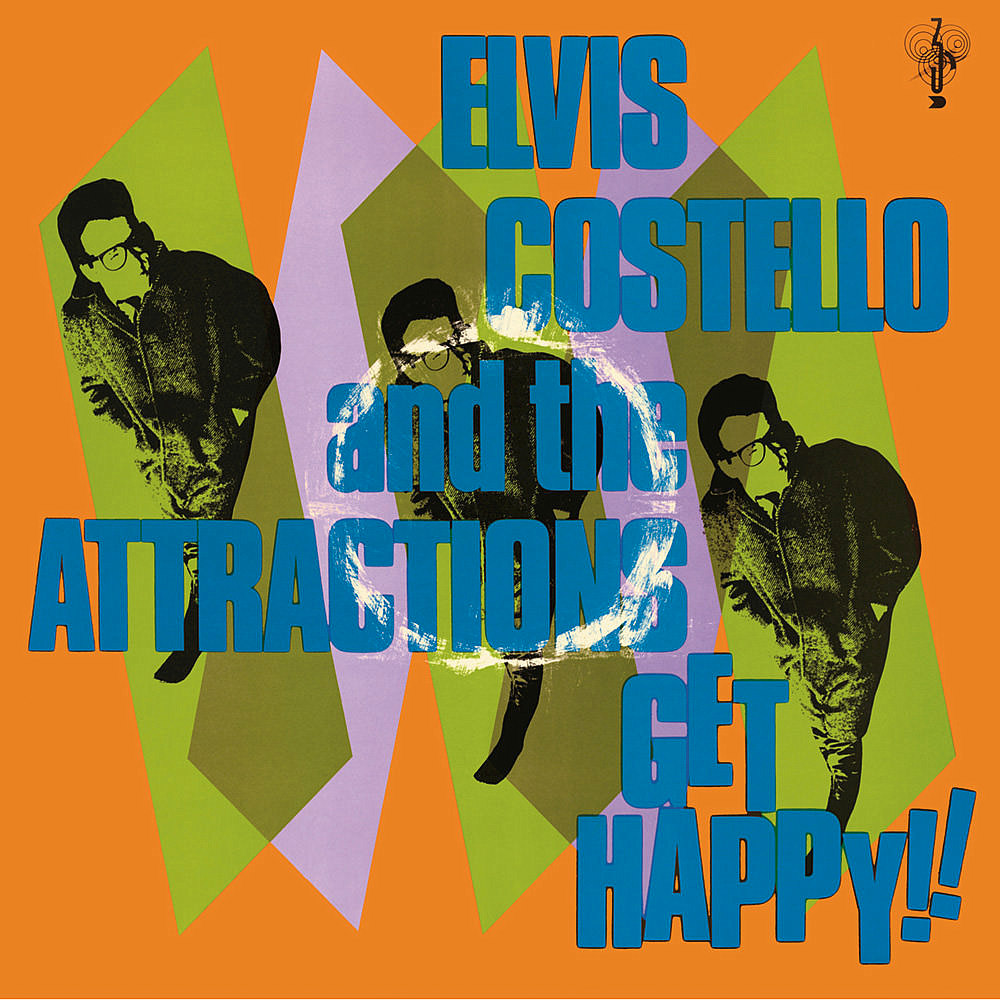 This day 40 years ago, on 15 February 1980, ELVIS COSTELLO and his ATTRACTIONS released their superb album ‘GET HAPPY!!’. Definitely one of his best in my book and
still sounding lively, vital and highly entertaining today. It was the fourth Costello album, the third with the Attractions and a bestseller, reaching #11 in the US and #2 in the UK.

AllMusic wrote: “Get Happy!! bursts with energy and invention, standing as a testament
to how Costello can reinvent the pop encyclopedia from the past in his own image.”
Full review here. Score: 5/5

Turn Up The Volume: This was Costello’s soul and R&B inspired album, his genial
sonic view of Motown’s canon. Maybe it should be re-released now so everybody
gets happy again in these troubled times.

Singles: I Can’t Stand Up For Falling Down / High Fidelity