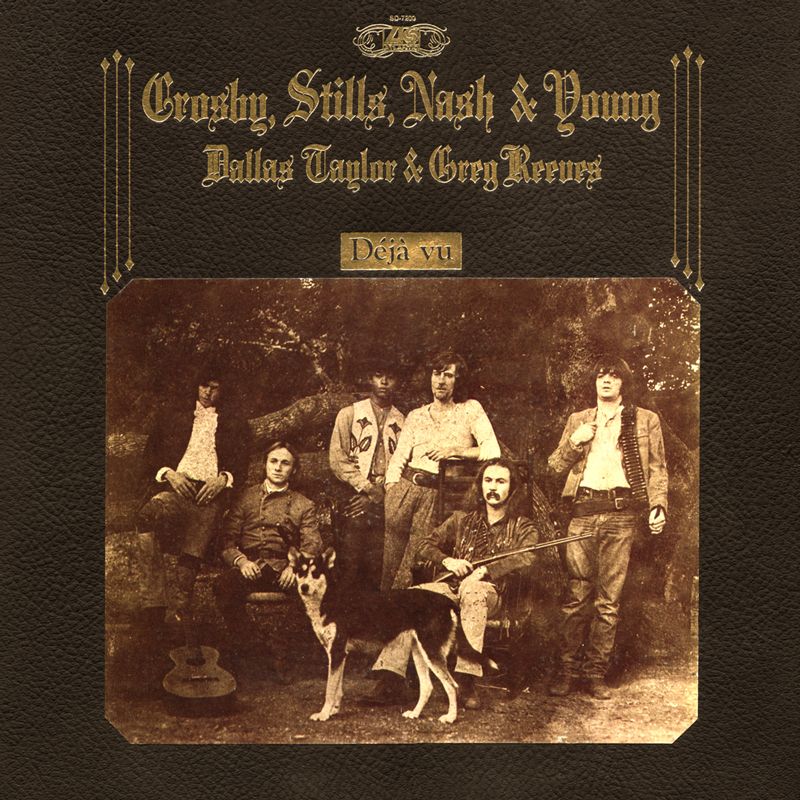 Today 50 years ago, on 11 March 1970, supergroup CSNY released their second LP,
mega-bestseller ‘DÉJÀ VU’. The first with Neil Young. The LP hit #1 in the US, Canada,
and Australia and reached #5 in the UK. It went certified septuple platinum selling more
than 8 million copies over the years. It still is the highest-selling album of each member’s career so far.

AllMusic wrote: “One of the most hotly awaited second albums in history — right up there
with those by the Beatles and the Band — Déjà Vu lived up to its expectations and rose to number one on the charts. Those achievements are all the more astonishing given the fact that the group barely held together through the estimated 800 hours it took to record Déjà Vu and scarcely functioned as a group for most of that time. Déjà Vu worked as an album, a product of four potent musical talents who were all ascending to the top of their game coupled with some very skilled production, engineering, and editing… Déjà Vu was a rich musical banquet for the most serious and personal listeners, while mass audiences reveled in the glorious harmonies and the thundering electric guitars, which were presented in even more dramatic and expansive fashion on the tour that followed.”. Review in full here. Score: 5/5

Singles: Woodstock / Teach Your Children / Our House / Carry On