Big blasts from the past…

Artist: PETER FRAMPTON
Also played with The Herd (1965-69),
Humple Pie (1969-1975, with Steve Marriott) and played guitar
for George Harrison and David Bowie among others.

Album: PETER FRAMPTON COMES ALIVE!
Released: 6 January 1976 – 45 years ago today
Note: One of the best selling albums ever in America.

AllMusic/Bruce Eder: “At the time of its release, Frampton Comes Alive! was an anomaly,
a multi-million-selling (mid-priced) double LP by an artist who had previously never burned
up the charts with his long-players in any spectacular way. The biggest-selling live album of
all time, it made Peter Frampton a household word and generated a monster hit single in
“Show Me the Way.” Full review here. Score: 5/5.

Peter Frampton: “I’m very aware that when I kick the bucket, the first paragraph will be,
‘The man responsible for Frampton Comes Alive! just dropped dead. Frampton Drops Dead! after coming alive all these years.'” 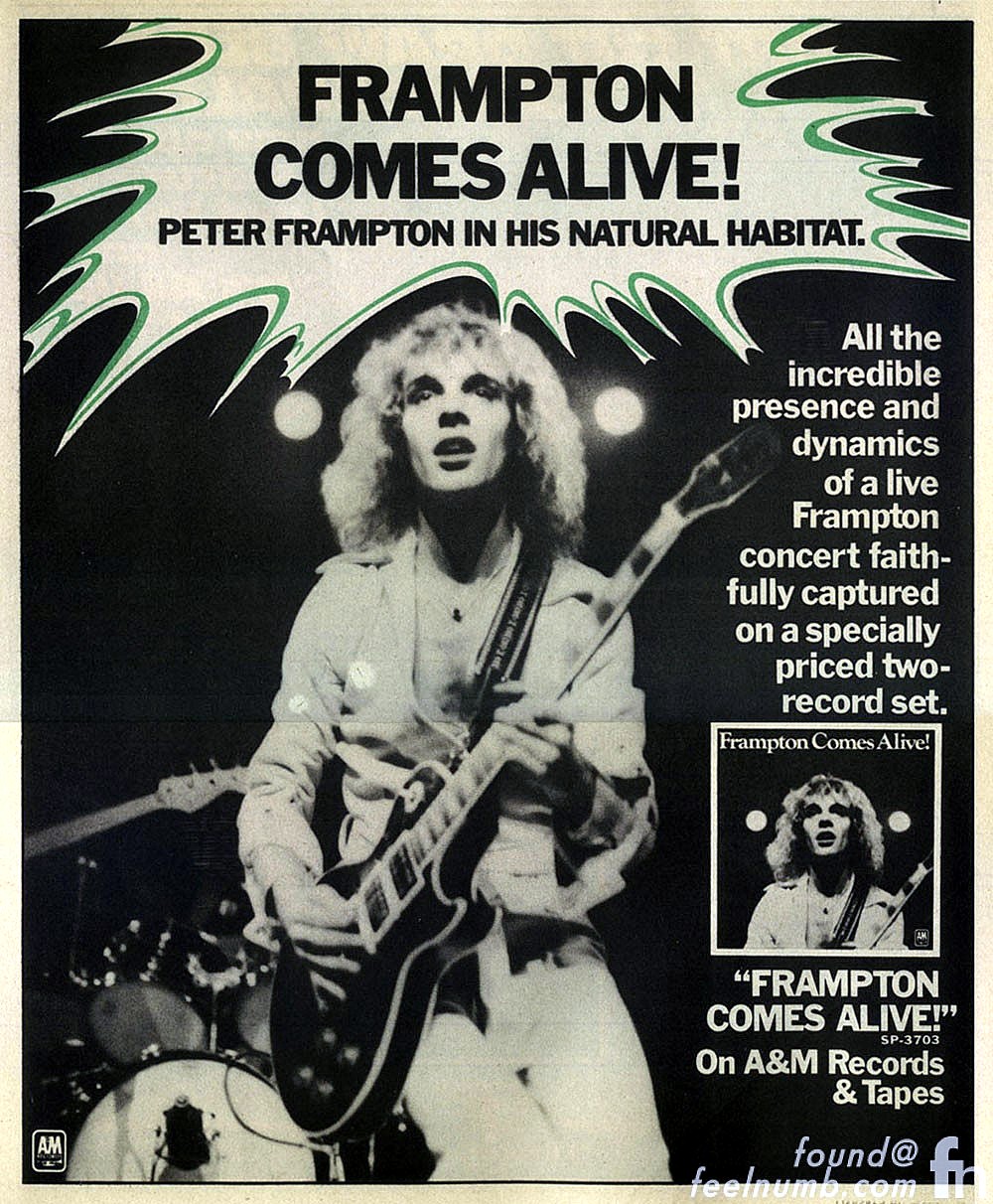