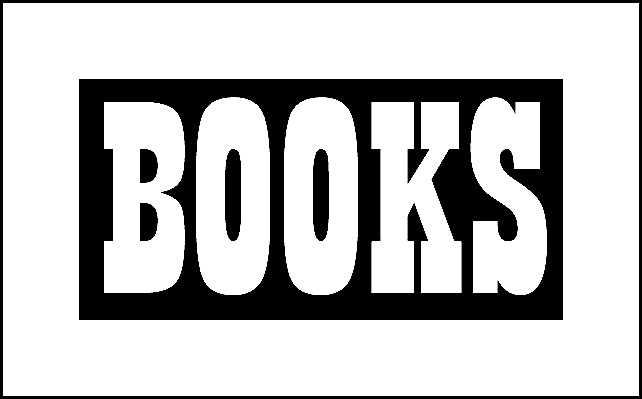 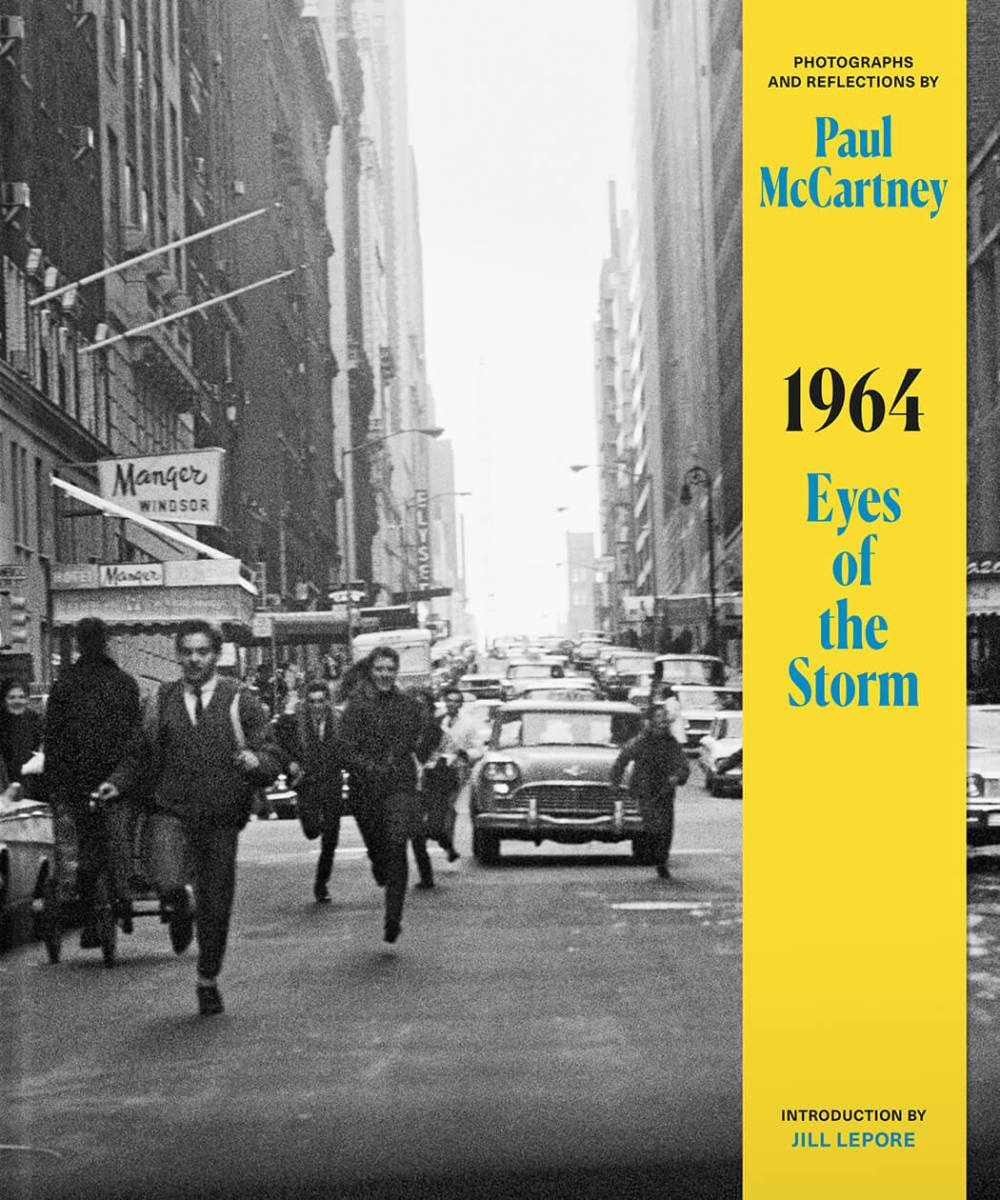 In 2020, an extraordinary trove of nearly a thousand photographs taken by
PAUL McCARTNEY himself on a 35mm camera was re-discovered in his archive.

They intimately record the months towards the end of 1963 and the beginning of 1964
when Beatlemania erupted in the UK and, after the band’s first visit to the USA, they became the most famous people on the planet.

The photographs are Macca’s personal record of this explosive time, when
The Beatles, were inside looking out and were the EYES OF THE STORM.

Paul McCartney: “Anyone who rediscovers a personal relic or family treasure is instantly flooded with memories and emotions, which then trigger associations buried in the haze of time. This was exactly my experience in seeing these photos, all taken over an intense three-month period of travel, culminating in February 1964. It was a wonderful sensation to be plunged right back.”

A new book called THE ART OF THE STRAIGHT LINE arrives on 14 March.
It captures the energy of LOU REED’s worlds of THAI CHI, music, and
meditation.

Reed was not only a rock ‘n’ roll star/poet, but also an accomplished martial artist whose practice began in the 1980s. He studied with Chen Tai Chi pioneer Master Ren GuangYi.

The Art of the Straight Line features also Reed’s unpublished writings on the technique, practice, and purpose of martial arts, as well as essays, observations, and riffs on meditation and life.

Biographer RJ SMITH crafts a comprehensive portrait of one of the great American entertainers, guitarists, and lyricists of the 20th century, bringing CHUCK BERRY to
life in vivid detail.

Based on interviews, archival research, legal documents, and a deep understanding of Berry’s St. Louis (his birthplace, and the place where he died in March 2017), Smith sheds new light on a man few have ever really understood. By placing his life within the context of the American culture he made and eventually withdrew from, we understand how Berry became such a groundbreaking figure in music, erasing racial boundaries, crafting subtle political commentary, and paying a great price for his success.

While celebrating his accomplishments, the book also does not shy away from troubling aspects of his public and private life, asking profound questions about how and why we separate the art from the artist.

A Quote from Chuck Berry in the book.

“I wouldn’t say that I single-handedly invented rock ‘n’ roll. You see, there’s all types of
rock ‘n’ roll. There is rock. And there is rooooooll. See what I’m saying? And then there’s
rock ‘n’ roll which is rock ‘n’ roll, hahahaha. It’s just a matter of whatever I’ve accomplished, which is for others to say, I guess.” 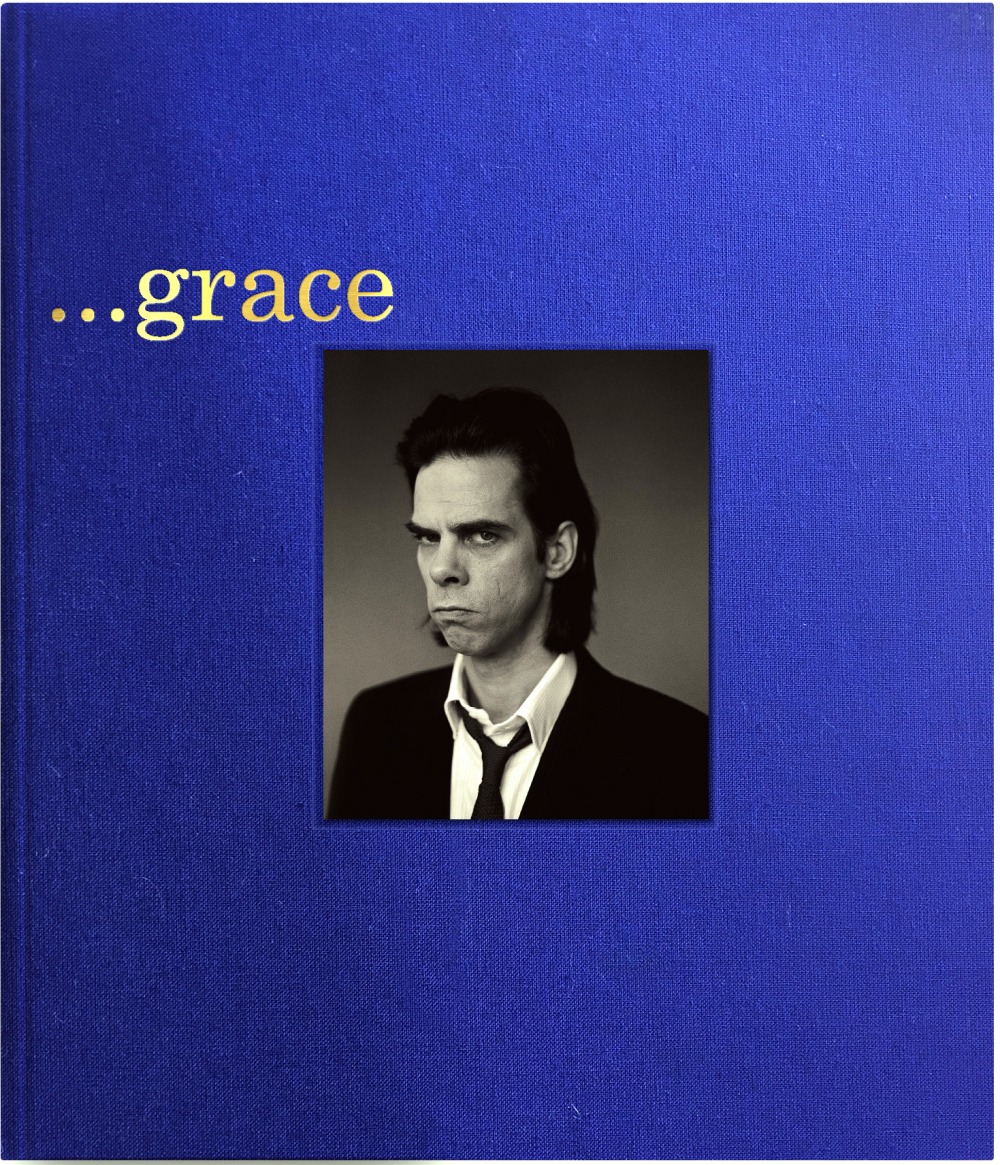 Renowned British photographer DEREK RIDGERS (aged 72) has photographed
an array of youth and cultural movements in the UK, street, and alternative London
club scenes. This is the first book published on Ridgers’ early photography that focuses
on a single person as subject. This book comprises material taken from four photographic shoots with NICK CAVE, when Ridgers was working as a freelance photographer and offering material to music press publications of the time.

Taken from Ridgers’ archives and scanned directly from the original photographic transparencies this material has been printed by full colour lithography with the black
and white also being run as full colour to obtain optimal results and high contrast. With this attention this is the best these photographs can be seen.

The pages have been section stitched and hardback bound in a blue cloth with a rounded spine. There is a recessed tip in picture and the title has been gold foil blocked on the front and spine. There is an additional blind image in black on the back cover. Inside an obsolete traditional Heidelberg letterpress was employed to hole cut a perforation running down one of the pages. 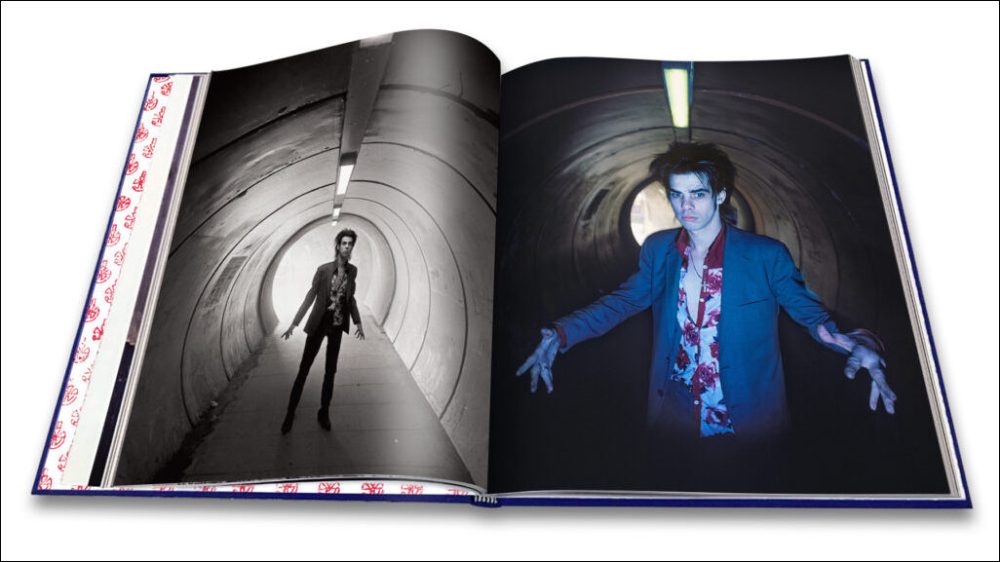 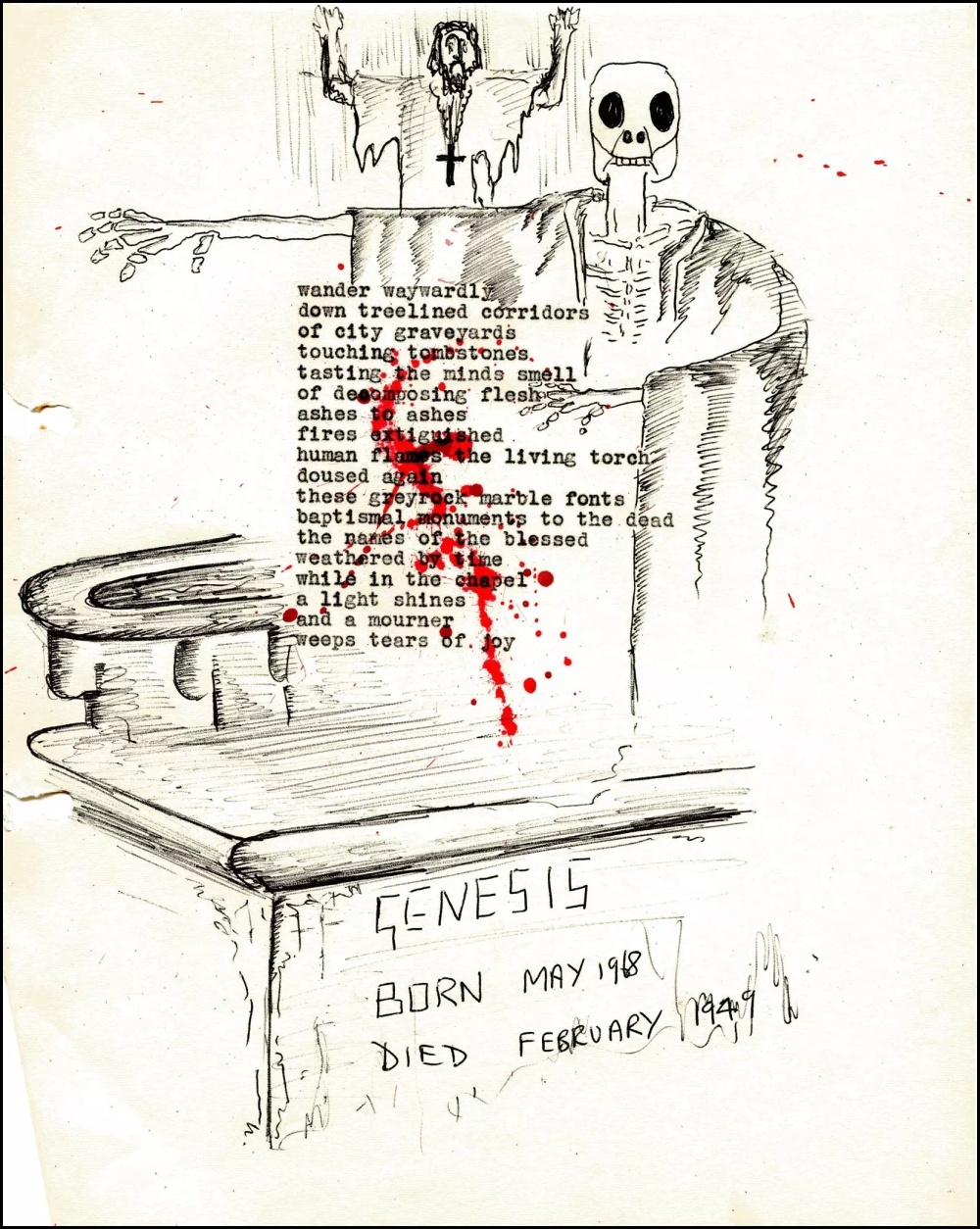 Heartworm Press presents a collection of two decades of poetry, from beat to concrete, and shows the progression of the self, beginning the book under the given name of Neil Megson and eventually growing into the enigmatic Genesis P-Orridge.

The book features over 200 never before seen or published poems
including 70 images. Pre-order info HERE. 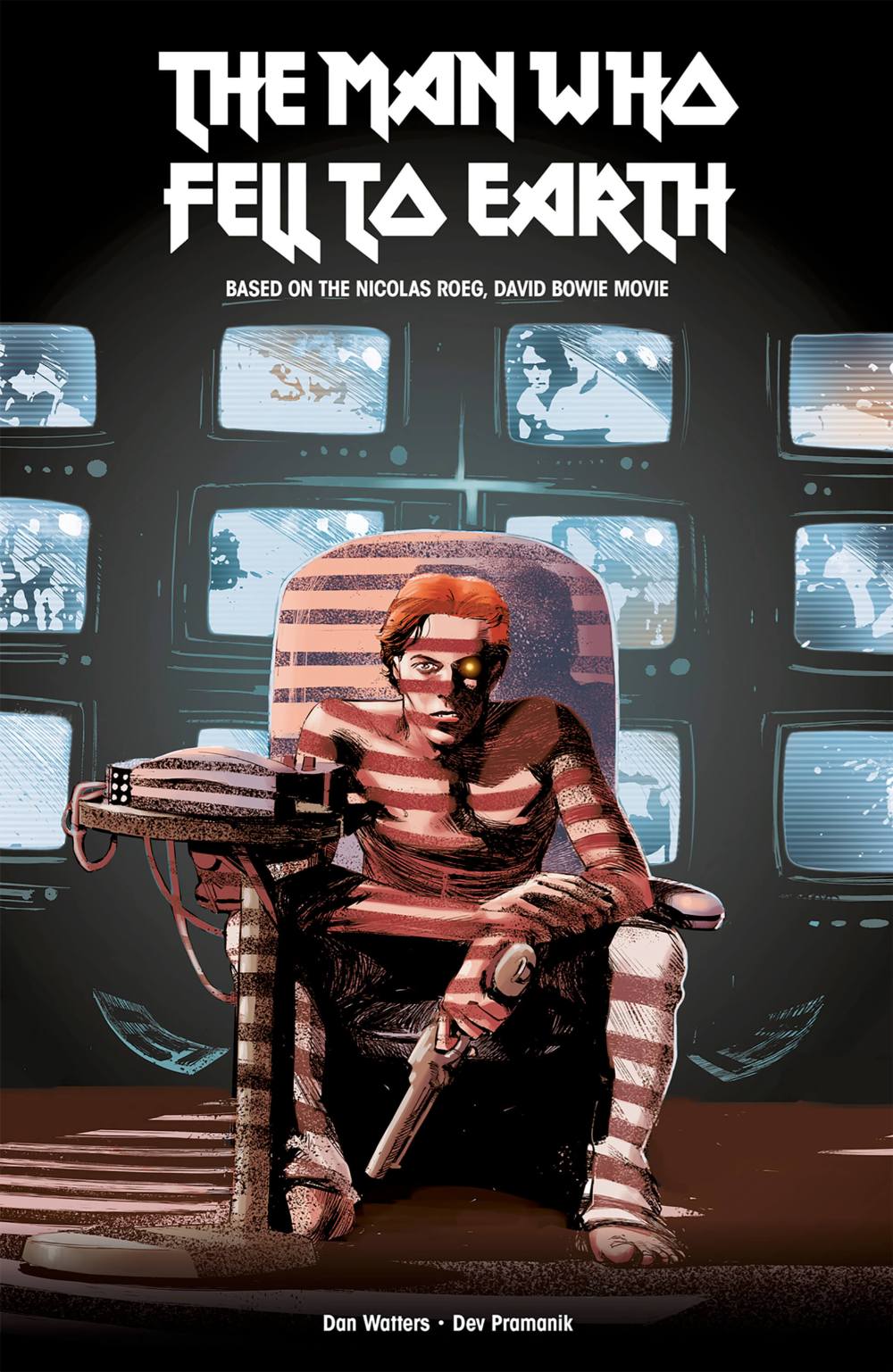 An all-new, fully-authorized graphic novel adaptation of the 1976 sci-fi 1976 movie
THE MAN WHO FELL TO EARTH starring DAVID BOWIE The book includes a gallery
of never-before-seen photos used to illustrate an exclusive feature on the making
of the movie.

Bowie plays the character of extra-terrestrial Walter Trevis,
in search of water to save his dying home planet.

RUNNING UP THAT HILL: 50 VISIONS OF KATE BUSH is a brand new, multi-faceted biography of this famously elusive figure, viewing her life and work from fresh and illuminating angles. It’s written by respected British music journalist and author Tom Doyle.

Louder Than War writes: “Ever since a teenage Kate Bush arrived chanting Heathcliff’s in 78, stretching the key of C sharp like an oscillating wave, there’s been a sense of the otherworldly about her. As much a ground zero moment for pop as the Pistols were for the denim brigade, Wuthering Heights, a chart hit not in 4/4 time, sang about an eighteenth-century troubadour should have been an anomaly not a blueprint for a career that has now stretched out over nearly five decades and shows no sign of ending.

That veil of secrecy and strangeness is such that Kate Bush is one of the few artists you can actually look forward to books being written about. This latest release 50 Visions of Kate Bush by Tom Doyle might well be the punchiest one yet, beginning with her childhood in Welling Kent, where Bush would sit at a Mustel pump organ for hours working out chord structures and setting in motion the foundations for her future career in Dadaist pop.

Doyle, a respected music journalist does an excellent job of getting behind his subject. He’s even granted a rare interview with Bush, which acts as a preface to the book. It’s the closest we get to see the singer with her guard down, upbeat but slightly paranoid about the release of her Aerial album. With the record industry changing for the worse and with outside pressures seeping in, Bush is keen to dispel the layers of myths built up around her. “I just find it frustrating that people think I’m some sort of weirdo recluse that never comes out into the world,” she says.”

The book is out this Friday, 28 October. You can order it here via Amazon. 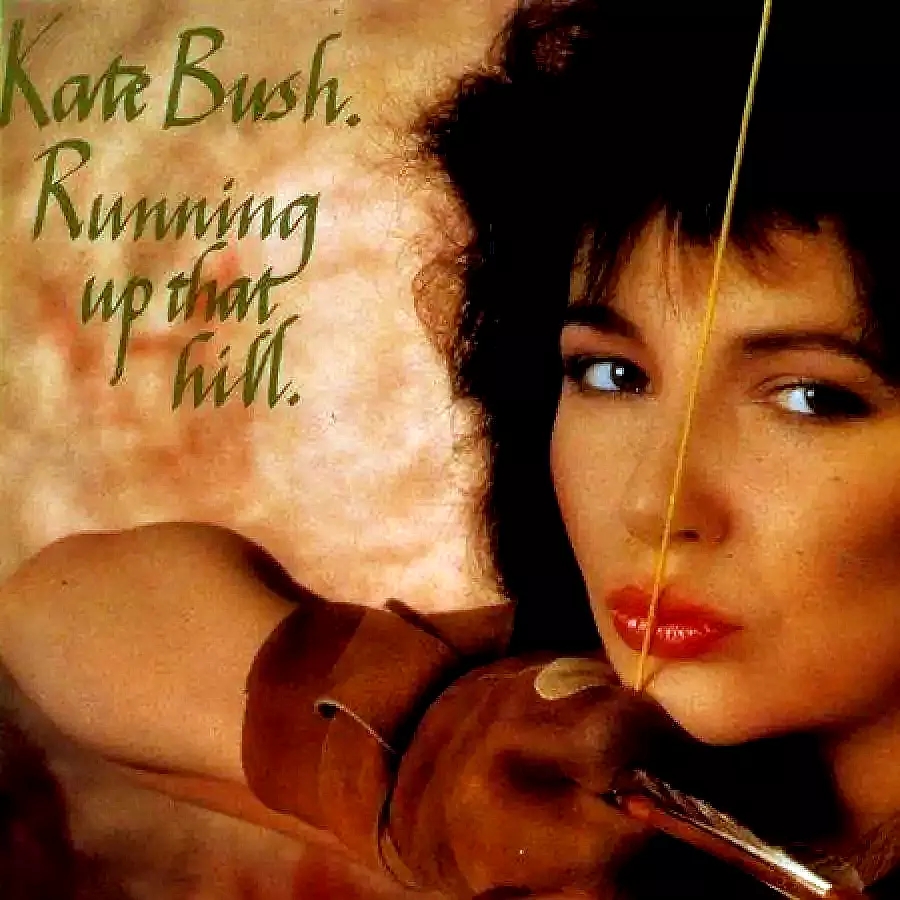 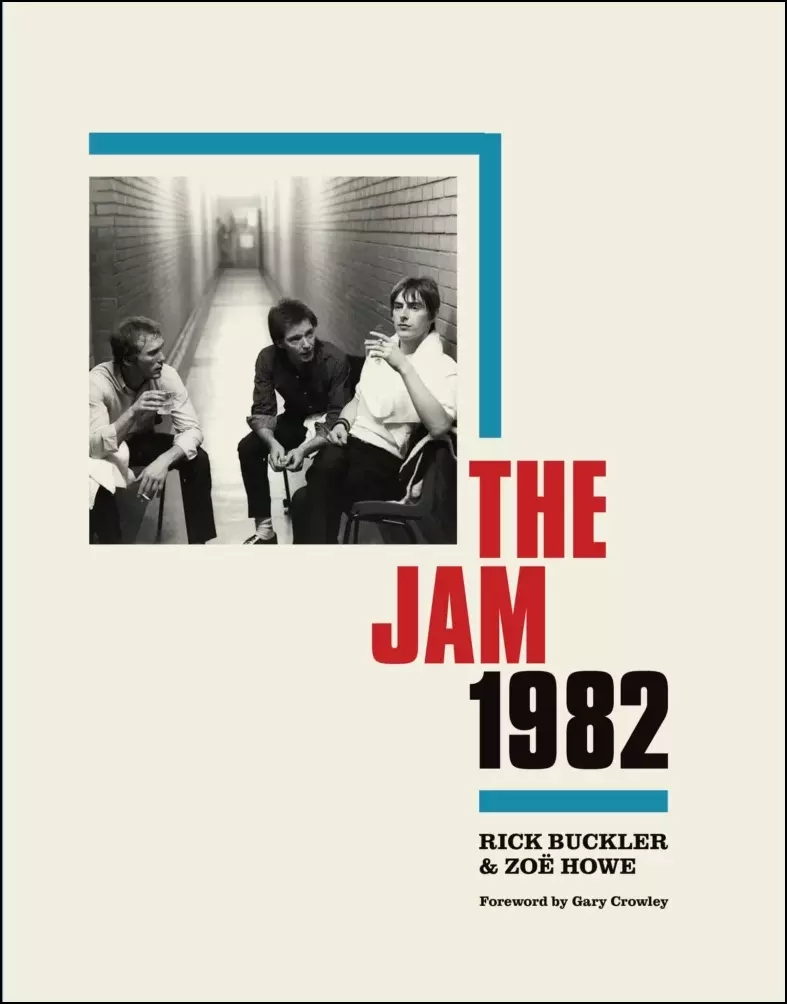 This richly illustrated oral history account of THE JAM’s rollercoaster final year, led principally by the voice of Jam drummer Rick Buckler, contains a number of previously unseen images and takes in everything from the recording and release of final studio album The Gift and the rigours of the road to the announcement of the split, the final tours, The Tube and more.

In addition to Buckler’s memories of this final year, The Jam 1982 also brings together testimonies from producer Peter Wilson, A&R manager Dennis Munday, photographer
Neil ‘Twink’ Tinning, NME journalist Paolo Hewitt, Belle Stars singer Jennie Matthias, touring musicians Jamie Telford and Steve Nichol and others, to tell the tale of a single, fateful
year: the year The Jam, for better or worse, went out at the very top of their game.

New book JIMI is introduced as the ultimate tribute to the best known
and probably the most innovative guitar hero in rock history. It celebrates
what would have been Jimi Hendrix‘s 80th birthday on November 27, 2022.

In the four years before his untimely death at age 27, Jimi Hendrix created
a groundbreaking musical legacy, one that includes revered classics such as
Purple Haze and Voodoo Child. His signature guitar playing, provocative
songwriting and charismatic performances have continued to inspire legions
of musicians and fans alike.

You can buy the book HERE.
It’s out on November 15.

A new official book about British punk legends THE STRANGLERS – 368 full color pages – arrives on 27th October. It mixes hundreds of fan anecdotes with memories from the band, their collaborators, other musicians, and celebrity admirers garnered from 50 years of recording and performing.

“Passion, excitement, and emotion are the words that keep cropping up in the pages
of this book. The music and live shows The Stranglers have created, have deeply touched and affected the lives of so many people around the world.”

The book comes in two editions.