Artwork: From their second album Pinkerton,
released 25 years ago (24 September 1996)

The cover is an image of a series of paintings, titled
Kambara yoru no yuki (“Night snow at Kambara”) from
the Japanese ukiyo-e artist Hiroshige.

MONSIEUR POMPIER’S TRAVELLING FREAKSHOW. Sounds kooky, right? Not only the band’s name is kooky, but also the orchestra conductor Monsieur Pompier, his new album, his video clips, and his freaking freaks are kooky. Expect bizzaro entertainment, synth-pop tunes, the French cancan, Kraftwerk bleeps, and sparkling sparks. Curious?
I thought so. Let’s start the Q & A show…

Who’s Monsieur Pompier? Is he for real or someone’s alter ego?

“Monsieur Pompier is the leader and instigator of the Travelling Freakshow. He’s a
collector of oddballs and oddities and likes to present his madcap menagerie to the
world. Monsieur Pompier was at one time my alter ego, but over time the Pompier
side grew stronger and stronger by the day to the point where the “other” me faded
into obscurity. I’m pure Pompier now.” And what about his Travelling Freakshow?

“The Travelling Freakshow is my band of merry misfits, there’s ten of them so far but
soon there will be more. The Ear Fairy, for example, cleans your ears at night, takes the wax home with him and makes up small waxen sculptures depicting the people he visited. Guts The Cat is my fabulous feline who wears an onion for a hat, can turn herself inside out and occasionally, plays the fiddle. Micky Mould, by contrast, just wants to keep things clean and prevent anyone from enjoying their lives. He was created when I accidentally left a loaf of bread in my shed for several months.”

With song would you pick to introduce yourself to those who never heard of you?

““The Crabbit” is my current personal favourite and a good introduction to the demented universe of Monsieur Pompier’s Travelling Freakshow. “The Crabbit” is a half-crab, half-rabbit hybrid who entices young people into various vices. Once you’ve seen The Crabbit, you know you’ve got the habit.”

What impact did that awful pandemic had on your artistic activity?

“It had no impact whatsoever. I have a feeling Doctor Moogle might be behind it all.”

Many artists started to cover other artists during the lockdown times.
Did you do that too? If not which song would you pick to cover?

“I have a real aversion to covering songs but I will say that at our first ever show we
performed a ramshackle rendition of “What’s New Pussycat?” by Tom Jones so maybe
we’ll bring that back one day.”

Your new album is called TEATIME TERRORS. Why and
what or who inspired the title?

“I wanted to bring to mind TV shows like Tales of the Unexpected and The Twilight Zone,
bad Stephen King stories and folk horror. I feel the alliterative title sums up the mood of the album well. Unsettling, bizarre, yet eerily mundane in both the topics and settings.”

I suppose it’s you on the LP’s striking artwork. What’s the story behind it?

“The cover is taken from a 1950s piece of packaging which was originally used to
hold a pair of plastic eyeballs which one could drop into an unsuspecting friend’s drink. I always knew this would somehow end up as the album artwork as the face bore a striking resemblance to my own. The scanned design was then edited and embellished with new eyeballs and typography by the supremely talented Kate Stuart resulting in the final artwork.”

What can we expect from a live Monsieur Pompier performance?

“What is unique about our live shows is that not only do you get to witness the performance of the songs themselves, you actually get to meet and interact with
the characters in the songs, whether you like it or not. The Ear Fairy will inspect your
ear, Doctor Moogle will give you his diagnosis, and Banana Boy will shoot live beetles
at you with his slingshot.”

Which movie would you show on a big screen
behind the band to visualize your music?

What‘s the best and worst track you heard so far in 2021?

“I recently discovered the band Stump and I think that their song “Buffalo” might be both the best and worst song that I’ve heard this year. Other music highlights from recent times that I suggest your readers check out right away include The Gathering Doubt, Tirikilatops, Scunner and Rita Braga.”

“We aren’t currently making masks available to the public but there are plans for
all manner of Monsieur Pompier merchandise including t-shirts and toys in the not
too distant future.”

“I love both bands but whilst I’m particularly fond of the Freedom of Choice album by Devo
I think that overall there’s a lot more meat on the Sparks bone. Lyrically, stylistically and simply in terms of sheer quantity, Sparks are the superior band for me even if they can end up being like as sickeningly sugary sweet that you can only eat so much of in one sitting without throwing up. My favourite Sparks albums are the self-titled debut album (originally titled Halfnelson), Kimono My House, and Whomp That Sucker.”

“100% Captain Beefheart. For me, Frank Zappa was a great technical musician but Beefheart was a true creative weirdo. My favourite Beefheart tracks are “Brickbats”, “Tropical Hot Dog Night” and “Harry Irene“.”

Next step for Monsieur Pompier?

“I’ve already got most of the tunes for the second album written. I just need to record them now. We’re performing live again and with Halloween approaching, we’re sure to be busy badgers in the coming weeks. Keep your eyeballs peeled for more music videos also!” Merci bien, Monsieur, pour votre cooperation
May the road rise with you 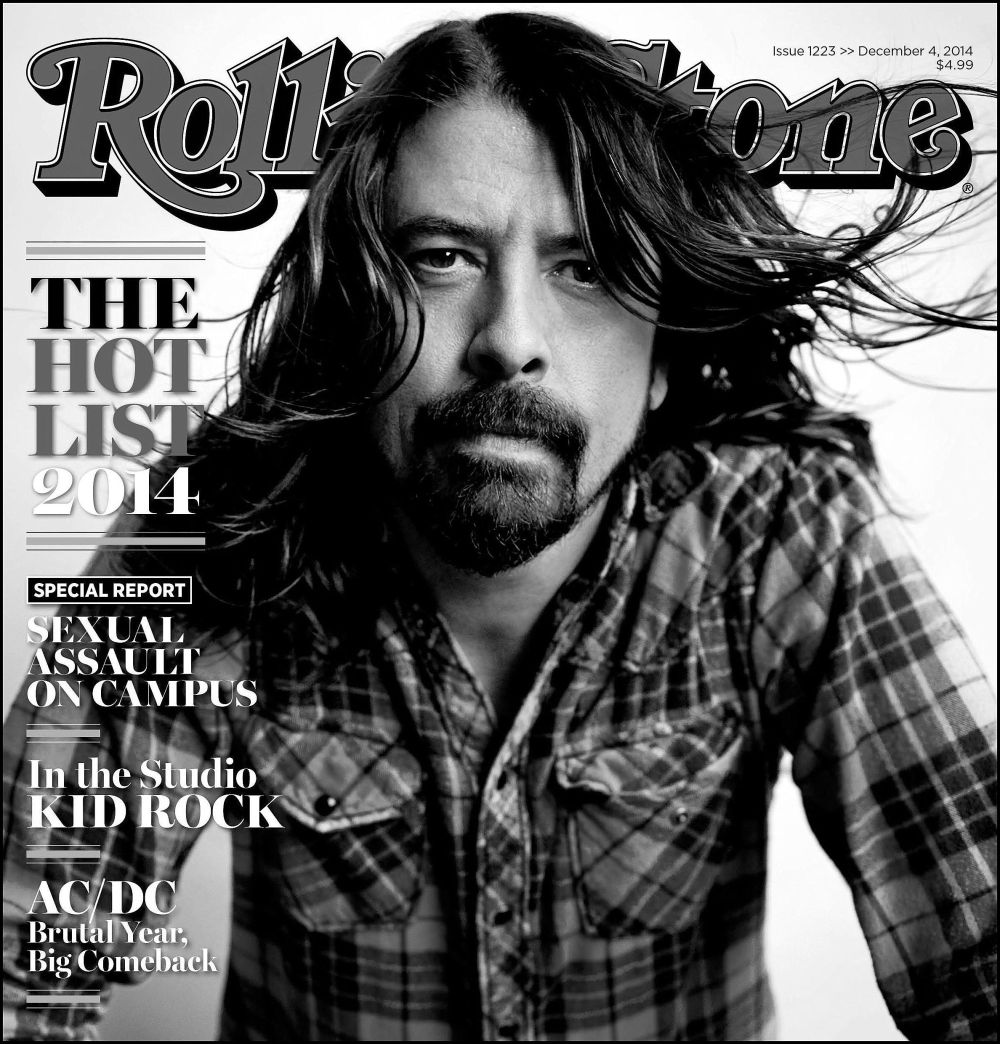 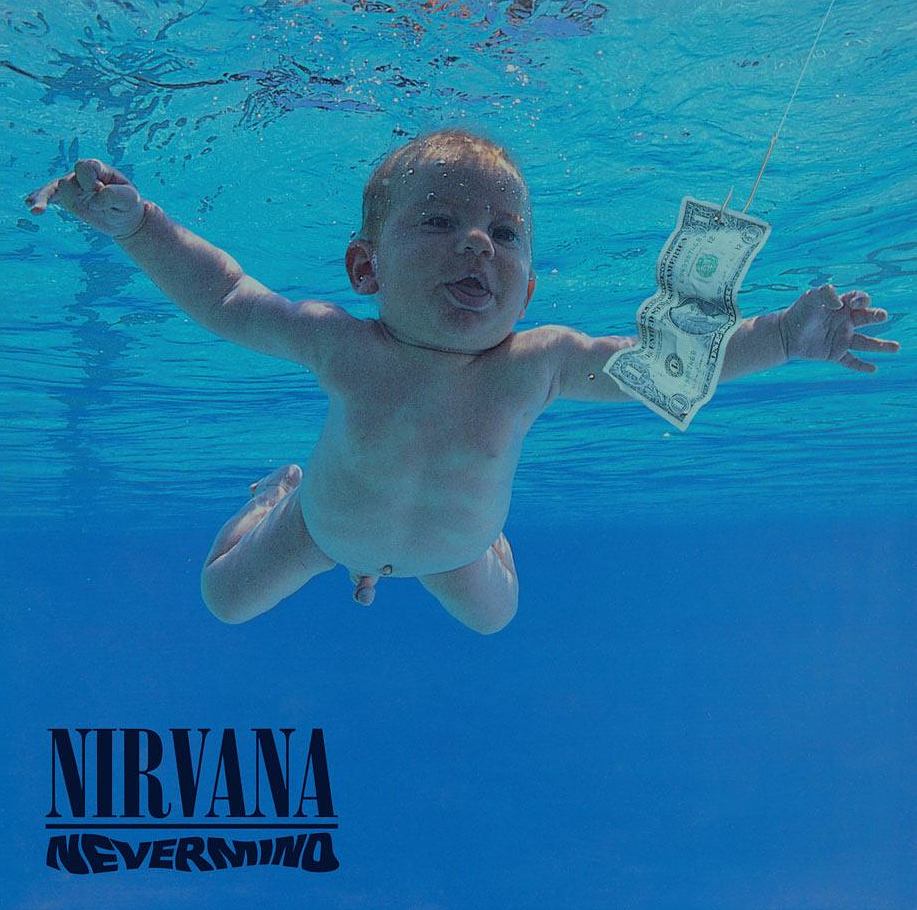 Billboard says: “Nevermind took Nirvana to an entirely different plain. It’s heavy, yes.
It’s loud and aggressive, too. But it’s the songwriting and glossy pop production courtesy
of Butch Vig that set this album far apart from its contemporaries. Cobain’s innate sense of melody was front and center; his punk, you-can’t-fire-because-I-quit ethos were in your face; and the loud-soft dynamics served as barbed hooks, drawing listeners into his world. The lyrics were personal, opaque, and often dark, but also playful, and this dynamic gave Nevermind a familiarity to listeners, who felt as if they knew Cobain… The Seattle-based alt-rock trio hit No. 1 on the Billboard 200 – unseating Michael Jackson – with its major-label debut and ushered in the age of grunge.”

Turn Up The Volume: The magnum opus that made grunge a worldwide (commercial) phenomenon. Nevermind the bollocks, Cobain and his mates rocked their asses off while Kurt Cobain wrote about his life in his songs.

Singles/clips: Smells Like Teen Spirit / Come As You Are / Lithium

An anniversary Deluxe Edition comes out on 27 May 2022. More info here

Today NICK CAVE shared a new track called SHYNESS. A spoken word musing as
an answer to questions he received from two fans, Daniel and Vera, back in 2019.

Daniel: “What is shyness?”
Vera: “What was your first date with your wife like?”

Cave responded with the song: “Shyness is the tentative sound of the orchestra tuning
up before the symphony begins. It is a beautiful, fractured piece of music in itself. It is the orchestra attempting to find its shared intent and is over all too quickly if you ask me.”

About his wife Susie: ““My wife, Susie, has a hummingbird shyness. In social situations she displays herself for a magical, weightless moment then darts away. It is as if she is so acutely tuned into the inherent discomfort of others, whether they display it or not, that the situation becomes overwhelming. She is a rare thing, an exhibitionist that hates to be seen.”

NICK CAVE: The Red Hand Files Website where he answers questions from fans

THE ROLLING STONES go ahead with their planned US tour,
despite the passing of (coolest drummer ever) Charlie Watts.

At the show, Mick Jagger said at one point: “This is the first show of our 2021
tour, so this is it, this is the tryout. I must say though, at this point it’s a bit of a
poignant night for us because it’s our first tour in 59 years that we have done
without our lovely Charlie Watts. “We all miss Charlie so much. We miss him as
a band, we miss him as friends, on and off the stage.”

‘Hard Man’ was/is an uncharacteristically upbeat, melodic song with a big
dollop of irony; a satirical response to the emergence of the “hard men” of
the 1980’s; from the reactionary backlash against post-war progressive and
social gains, aggressive domestic and foreign policies, to the possibility of getting
thumped of an evening because someone’s team had lost earlier that afternoon.
From pitch to politics, hard men were and continue to be, problematic.”

Turn Up The Volume: I swear if you listen to this awe-tastic cracker without
reading anything that I wrote here you’ll ask me who this cool band is. Well,
this is a band sounding like a modern-day Devo playing funky-punky ska, with
Pigbag blowing horns, while Talking Head‘s David Byrne chatters with his typical,
nervous timbre. So, it’s actually back to the 70s/80s, I hear you say? Yep, the two
effervescent decades so many artists try to copy today. Great music has no
expiration date.

Whatever, If you don’t get up and stand up and hop around your kitchen
when you hear Hard Man coming up you need another vaccination.

Dress black and shake your hips… 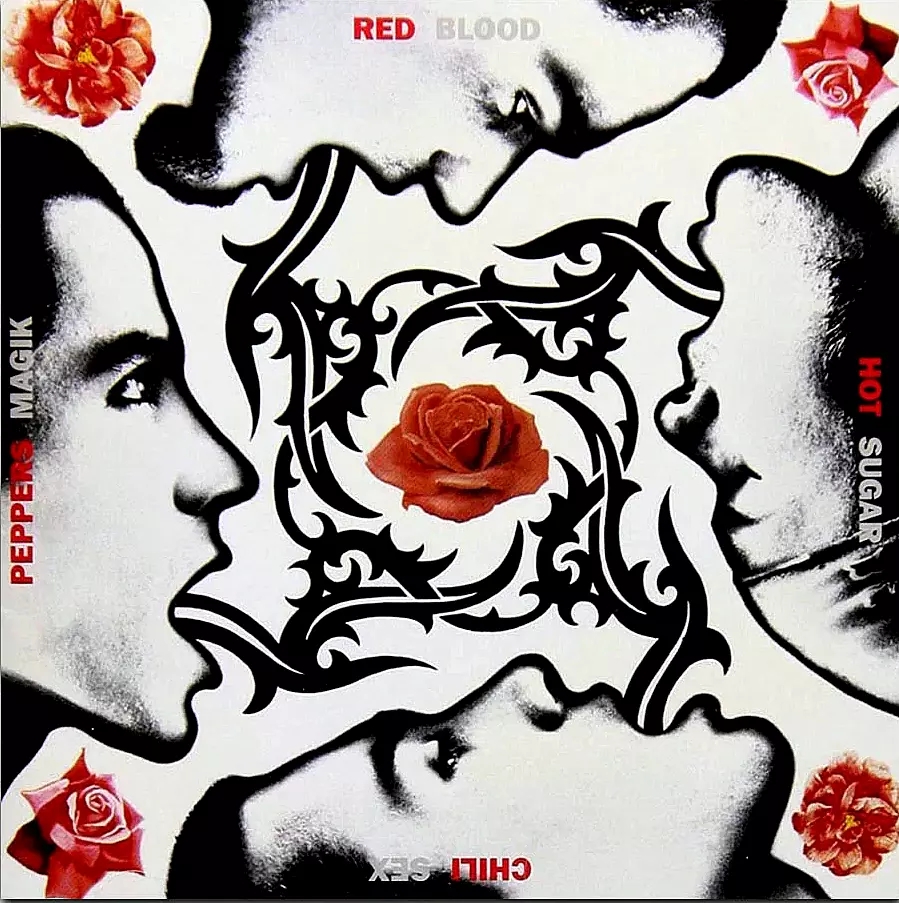 Band: PUBLIC SERVING BROADCASTING
Who: Alt/art/ indie band from London
Active: Since 2009 / 4 studio albums
(including the new one)

DIY Magazine writes: “As a natural expansion of Willgoose’s artistic habits,
‘Bright Magic’ chronicles the ephemeral musing of Berlin, not dissimilar from
2017’s ‘Every Valley’, that highlighted the downfall of the Welsh coal industry
and its modern repercussions. ‘Bright Magic’ flourishes at its most calm and
erupts at its most fervent, lending itself neatly to a state of anxious tension,
sonically chronicling the faded walk back from the club, when dawn and
dusk blur into irrelevance.” Score: 4/5.

Turn Up The Volume: David Bowie, Nick Cave, U2, Tricky and more, made
remarkable records inspired by Germany’s historic city Berlin. All of them went living/writing/recording in the city that was split down the middle after World
War II until the fall of the Wall in 1989. Now PSB comes up with a black and white
Berlin-influenced album. Cinematic synth symphonies, shadowy electro-scapes,
but also funky upbeat grooves. German lyrics/song titles, German guest singers,
Kraftwerk echoes. You can almost smell Berlin. A standout work all the way!

That must be fun…

(Image: cover of the promo for Bastille documentary ‘ReOrchestrated’)