“The album’s cover was the last of three Genesis releases designed by
Paul Whitehead, following Trespass and Nursery Cryme. He was a former
art director for the London-based magazine Time Out and gained inspiration
from the lyrics to Supper’s Ready (the LP’s 23-minute closer) which included
references to the apocalypse. Whitehead wanted to present the Four Horsemen
of the Apocalypse in an original way but it turned into something “a little more
whimsical” with two horse riders being a monkey and an alien. The cover for
Nursery Cryme had depicted croquet which represented the English upper class
which Whitehead repeated on Foxtrot with the depiction of fox hunting.”
(Wikipedia) 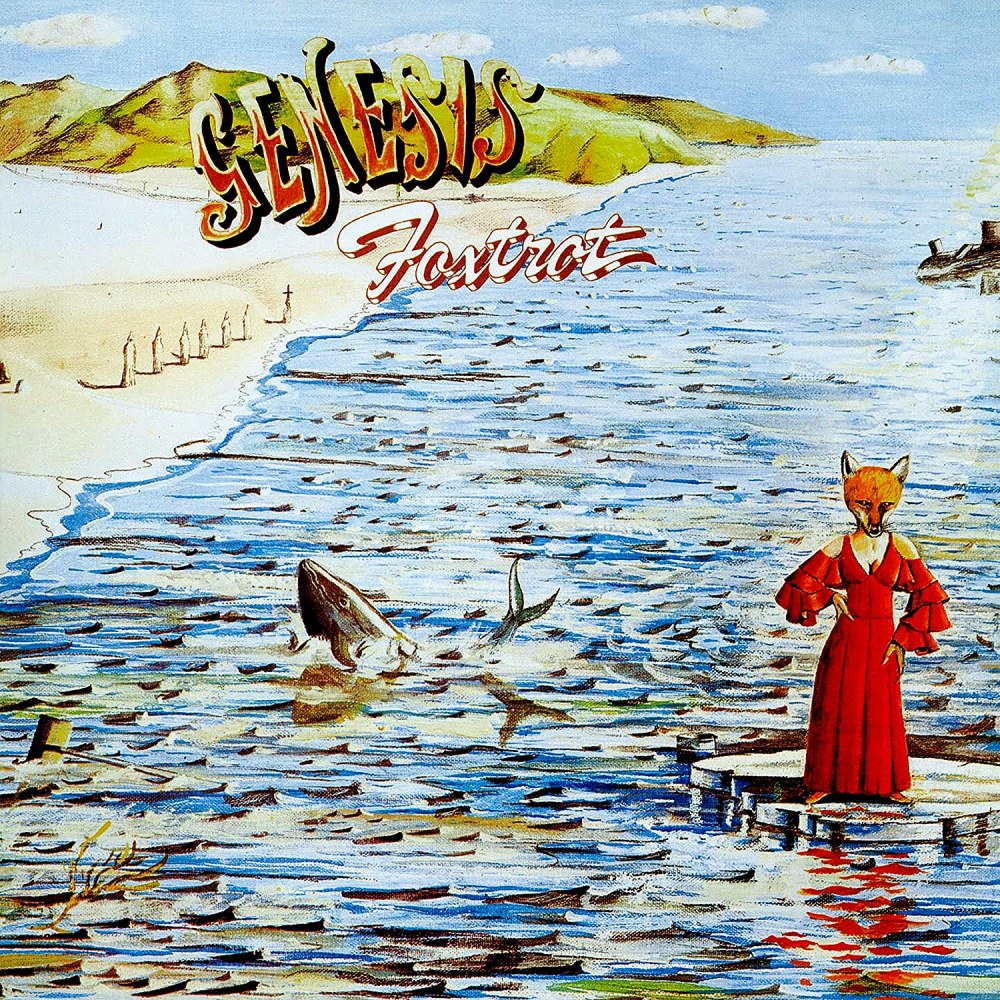 Full artwork (front and back) 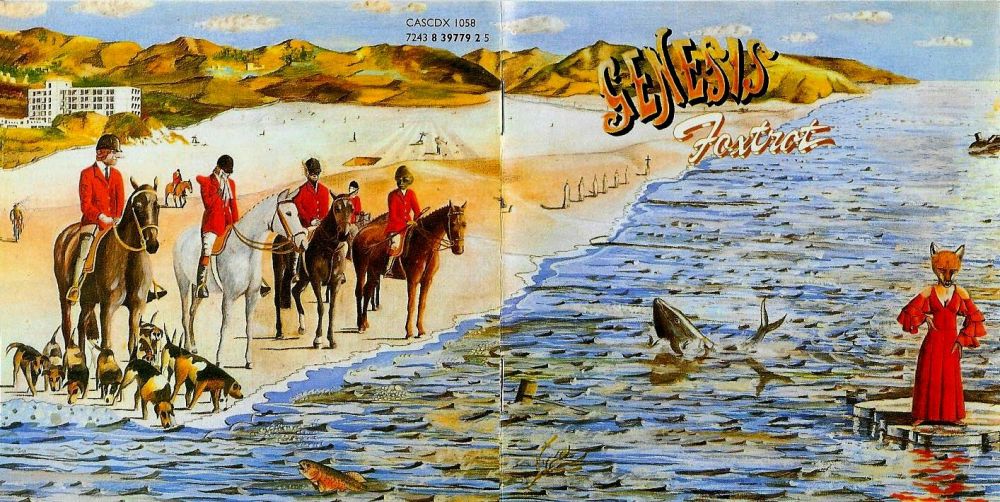 Stream the album on Spotify… 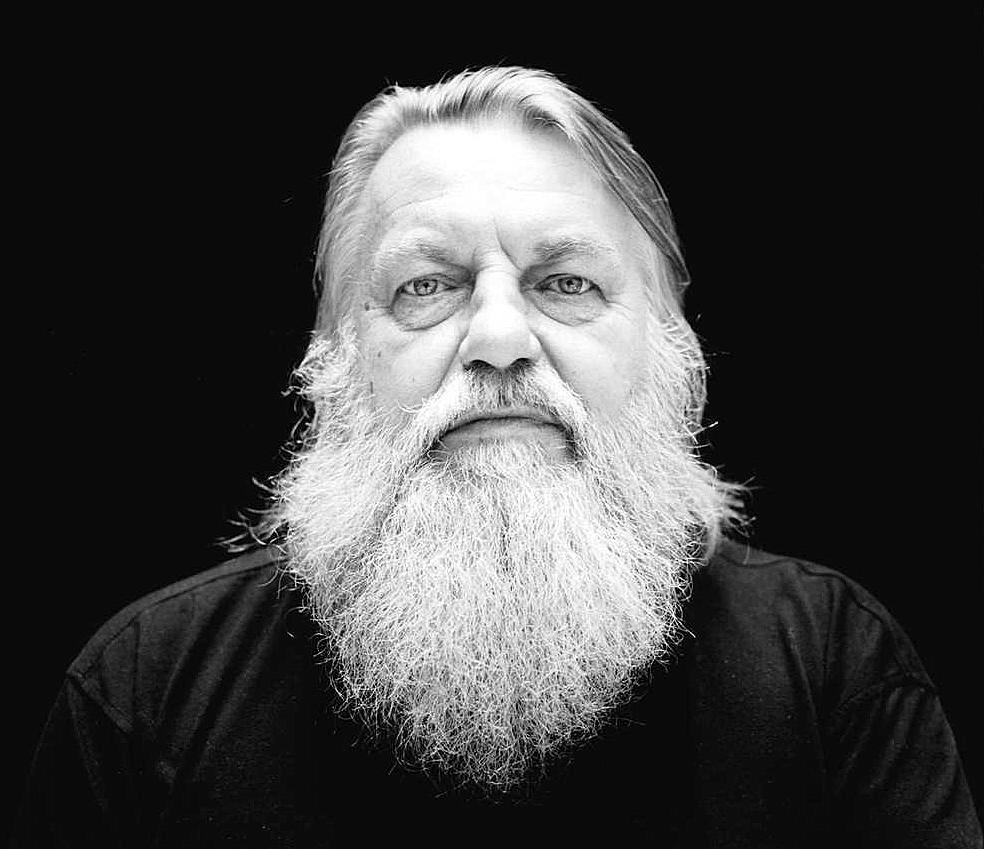 (Image: cover of his album ‘Different Every Time’)

Turn Up The Volume‘s 20 Knockout Tracks for January 2022!

A stream of rattling rippers, jagged jams, and romantic reveries.

All 20 together on Spotify…

Kamikaze guitars, boiling bluster, insane vocals. The London’s post-punks
are back with a holy smoke hammer as a warm-up for their second LP,
titled Beware Believers, out 1st of April.

After 28 years, Skunk Anansie still is a massively popular band with Skin
screaming her lungs on this new killer single as if she’s still 28 years herself.
‘Piggy’ is an enraged eruption calling out all incompetent governments,
specifically UK’s short-sighted Brexit statesmen.

This red-hot-blistering shock wave explodes like
a metallic bomb with a volcanic Skin chorus.

The industrial crossover punks scream that they
hate techno shit before going totally berserk
on this new slam dunk.

Ever had an electric chair experience?
Me neither, but I’m sure it sounds
like this…

These politically charged indie gunslingers from Leeds are the talk-of-the-town
lately. Every music website/zine is raving about, them. Their dazzling debut longplayer entered the British charts on #2 last weekend. One of the highlights is this bass-driven jackhammer. Infectious from the kick-off.

A sirens intro, David Bowie‘s saxophone, and steel drums straight from Trinidad. Sounds like an exotic swing and shake ditty is coming up. No folks, it’s a lazy rap-sody you can play the morning after a drinking marathon. A slow start to get out of bed and sober up. Soul voice Clare Gillet takes care of the chirpy chorus and finally Domestic gets up for a couple of Mañana shouts.

Get up and move, ladies and gents…

After a ghostly intro, the drone machine starts up hitting like
a massive sledgehammer with an industrial exuberance. Merciless
and puissant. No rest for the wicked. Think The Horrors and NIN.

Following in the soundsteps of legendary mega-funk-groover Sly Stone with
a 21st Century post-punk coolness and a pumped-up synth-tastic puissance
this London combo activates all of your muscles, your bloodstream, and your
appetite for behaving like a midnight rambler.

This mid-tempo disco jam helps you to keep in shape at your hot spot
at home until the nightclubs reopen. It’s a Warmduscher affair, folks.

Socially engaged indie pop-rockers who started their journey back in 2003.
In the very beginning, they operated as British Air Power, but changed it quickly
to British Sea Power. But last summer the band announced another name change,
dropping ‘British‘.

Their new, 7th full-length, titled Everything Was Forever lands on 11 February.
With new single Green Goddess they do what they do best, writing anthemic pop
tunes that stick after one play.

After a 5-4-3-2-1 countdown this rocket blasts into space with supersonic speed.
No looking back, full steam ahead, pushed by a banging drum/bass beat and crazed guitars. Somewhere in the middle, it’s time to reload the batteries and start all over
again fueled by swirling synths et les dernier mots de M. Lonely.

Eels made another Eels album sounding like an Eels album.
But as Mark Oliver Everett moves and grooves, rocks and rolls
like in the good days Extreme Witchcraft feels like he’s having fun,
although you never know for sure with his capricious state of mind.

The Magic is definitely my favorite piece…

Two weeks ago Costello released his 32nd album called
The Boy Named If. And it’s a triumph, praised by the press
and my ears.

This twilight hallucination resonates as the shadowy side of Depeche Mode
and the enigmatic darkwave murk of The Soft Moon. The iterating synth-riff
at work here gets under your skin without asking. The atmosphere is impending,
the tone is obscure, the color is black. All you need for a sonic nightmare.

13. ‘Planningtochange’ by ANIKA and PLANNINGTOROCK

This is a rotating remix of the title track of Anika‘s excellent album
released last year. British electronic musician Planningtorock
turned the song into a trippy and vibrant electro beat-breaker.

The smooth pop elegance of Kevin Parker (Tame Impala), the mellow
vocality of Adam Granduciel (The War Drugs) and his twinkling guitar
play to end this sweet little pearl. Sonic dreaming at its finest with
a tantalizing pearl that gets under your skin, slowly but surely. Top!

This is the moniker of Vancouver-based Dubliner Stephen Nicholas White describes
himself as a post-punk/nugaze/electro artist. This new single circles around a repetitive
guitar riff and shiny synths with Eels echoes. Magnetic, hypnotic, and mesmeric.

In the past few years, another Britwave of young rousing wolves
has emerged and looks to turn into a sonic tsunami. Black Midi,
Black Country New Road, Black Honey, Fontaines D.C. (I know they’re
Irish), Yard Act, and several more prove that guitar rock is
alive and kicking again.

Now you can add Leeds’ hungry squad Eades. With
6-track EP Abstract Education EP, released last Spring,
they made it loud and clear they’re not a one-trick pony.

This is a mindboggling knockout. You The People starts as a meditative harbinger
for a mindboggling sonic orgasm midway, inflamed by whamming percussion, an
ear-shattering guitar explosion, and haunting male/female, English/Italian vocals
before an abrupt comedown ends this rad rush of blood to the head. Wow!

Gallows progresses like a death march, on its way to the graveyard,
with a somber and macabre reverberation. Its repetitive and raucous
slo-mo dynamics evoke images of confusion, agitation, and transitoriness.

Get lost in the woods…

Toronto-born, London-based femme fatale Tess Parks has a new album,
called And Those Who Were Seen Dancing, out 2 April. Her first longplayer
in 13 years.

Lead single Happy Birthday Forever is a pretty catchy surprise.
It spins around in your head before you’re even aware of it.

This is the solo project of Jérôme R. Desrosiers, who played
drums in different Black Metal and Death Metal in the late 90s.
He’s making synth music for about 20 years now, but it’s only
since 2018 that he decided to share his work.

He just issued his new album Mon Odyssée. An imaginative
journey with cinematic synth symphonies, like this one… 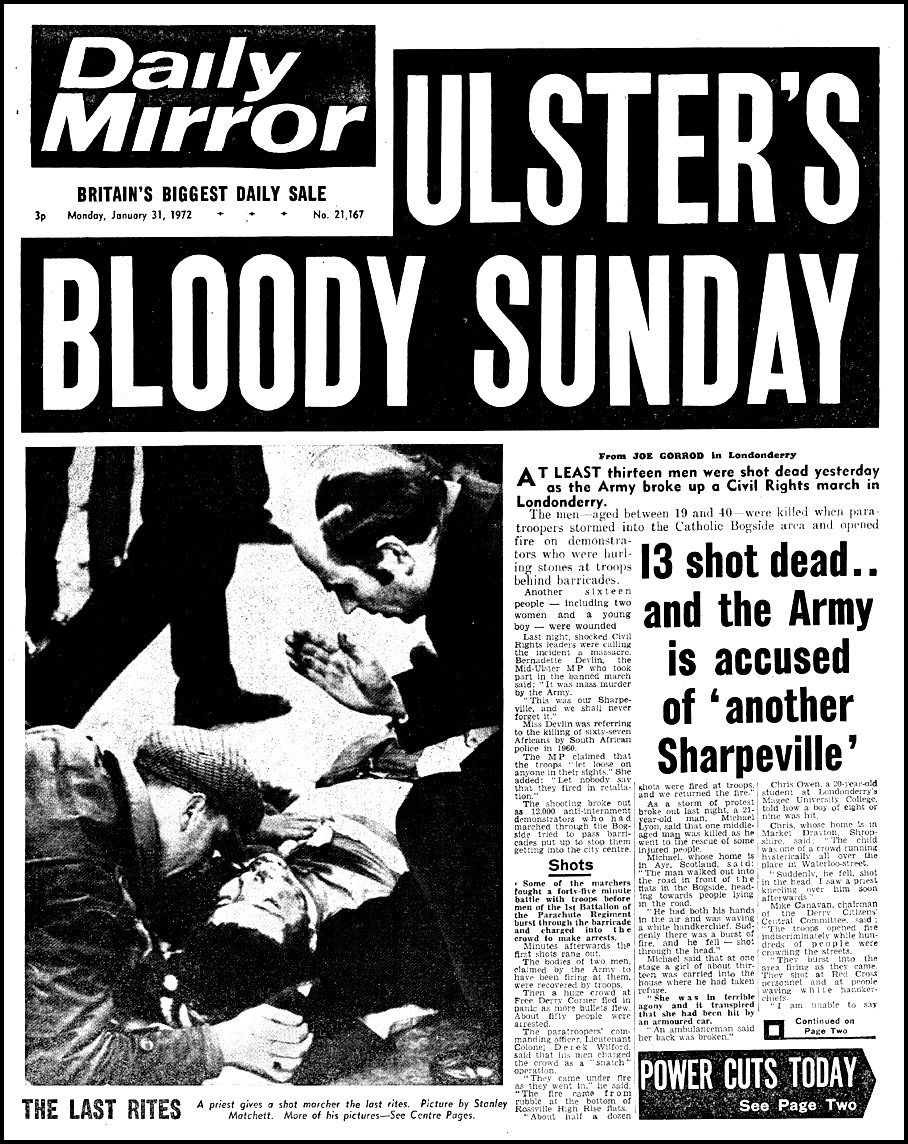 Back in 1983 Irish mega stars U2 released their political classic
SUNDAY BLOODY SUNDAY. The song describes the horror felt
by an observer of the The Troubles In Northern Ireland, the
devastating Ethno-nationalist conflict (Protestants vs Catholics,
Nationalists vs Unionists) that lasted for about 30 years, late 60s
to 1998.

The most dramatic event was the killing of 14 unarmed civil rights
protesters by British troops in Derry on Sunday, January 30, 1972,
50 years ago. 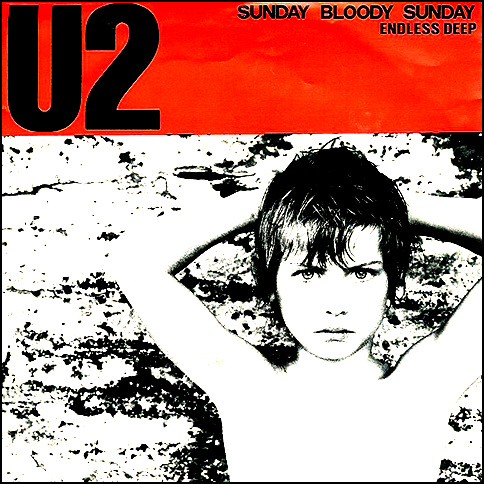 To remember that awful day, 50 years later, Bono and The Edge
performed a gripping acoustic version of Sunday Bloody Sunday. 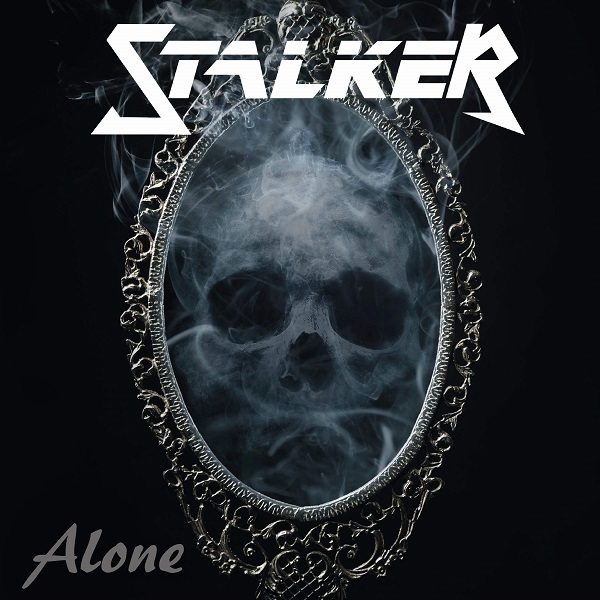 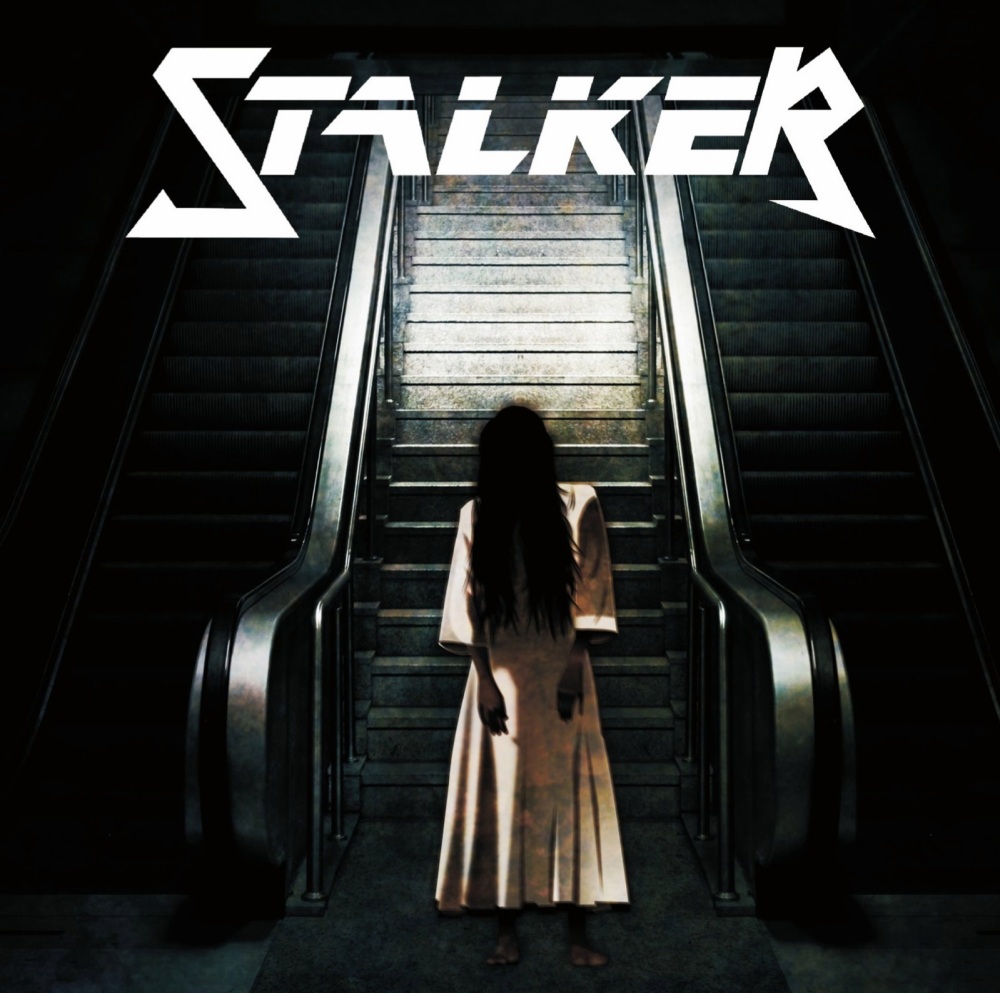 Info: The Album is about Everything. To describe the concept of it
all would be very hard. Live your life to the fullest every day. Tomorrow
it might be too late. The music is a blend of what we grew up with Black
Sabbath, Deep Purple, Uriah Heep, Van Halen, Kiss, Pantera just to name
a couple of bands that made an impact on us. We just write and record
what comes out with no other agenda but having fun.

Turn Up The Volume: This is classic heavy metal. Huge sound, huge vocals,
huge tune with a huge chorus. If you’re a metal addict you will not mind if this
Swedish hit team stalks you. After an ominous violin intro, all burners are on
and frontman Michael Storck’s overwhelming pipes take over. Holy shit!

Turn up the heat here, folks… 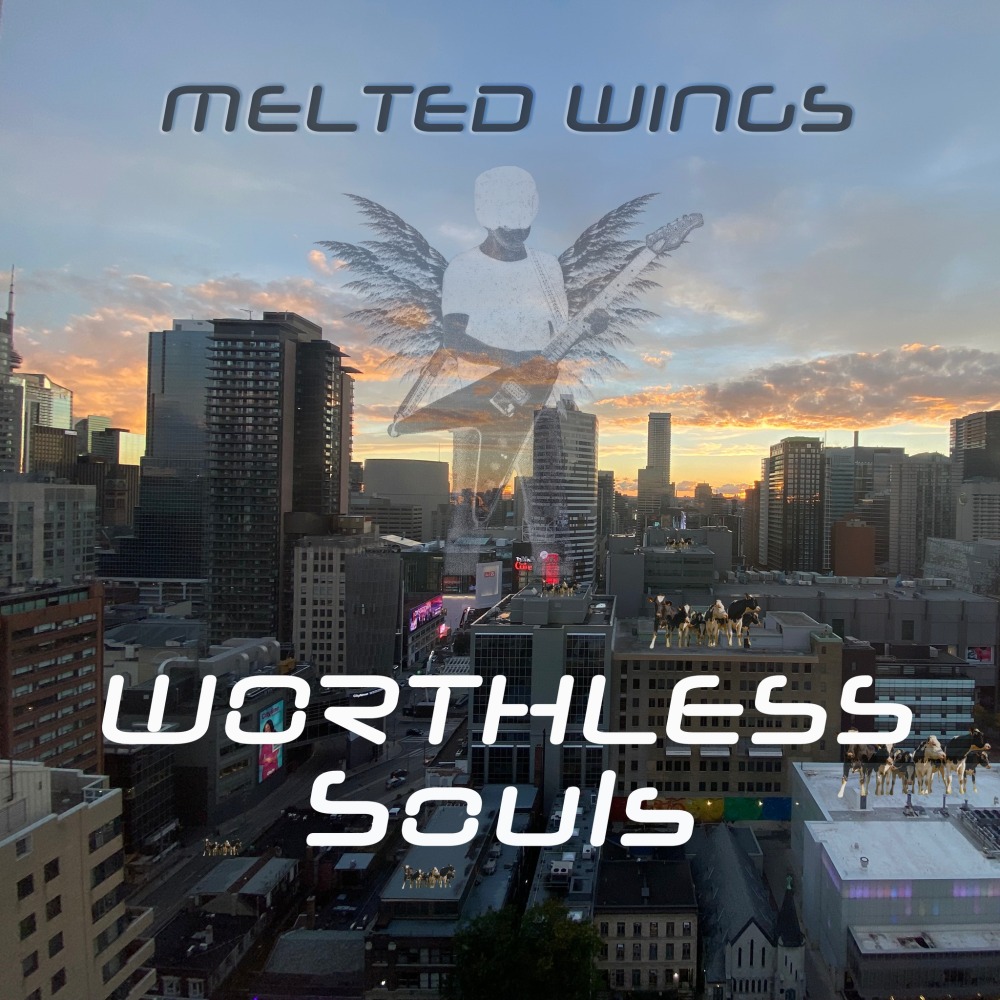 Artist: MELTED WINGS
Who: The musical vehicle for
artist Michael Wynn out of Toronto, Ontario.

Piece from new upcoming album Cheer For The Deer on 6th April is
a partial concept album that introduces synths and sparse guitar work
along with themes of acceptance and rooting for the underdog.

“A track that calls out how sexism and power corrupt all levels of society.
We all need to recognize this going forward and make sure that it doesn’t
go unchecked.”

Turn Up The Volume: The sickly sticky synth beat comes across
like an invitation for my feet to kick the asses of vicious sexists and
power-horny billionaires ruining people’s lives. Middle finger to them
while spinning around mad as a hatter to this bang-on electro buzz.
Trust me, you’ll feel much better afterward. 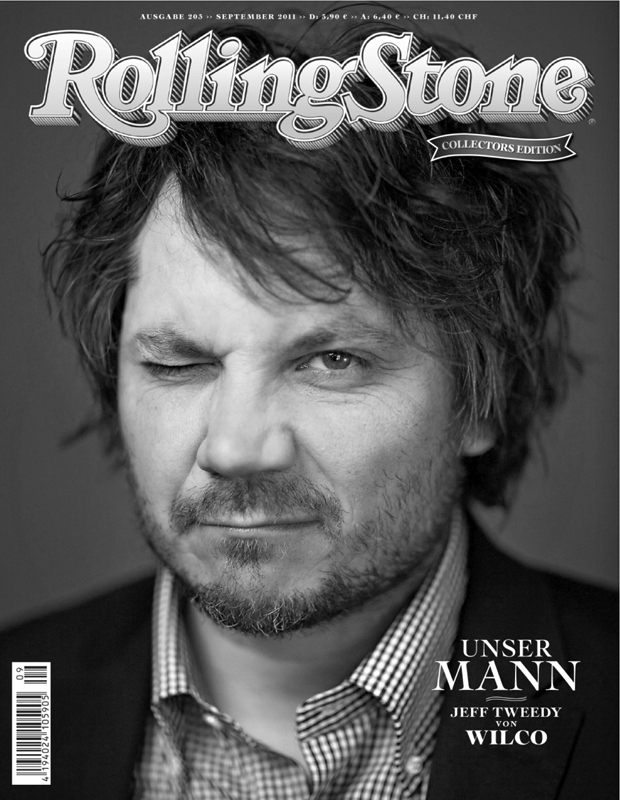 Dentist of Wilco‘s leader Jeff Tweedy is a fan… 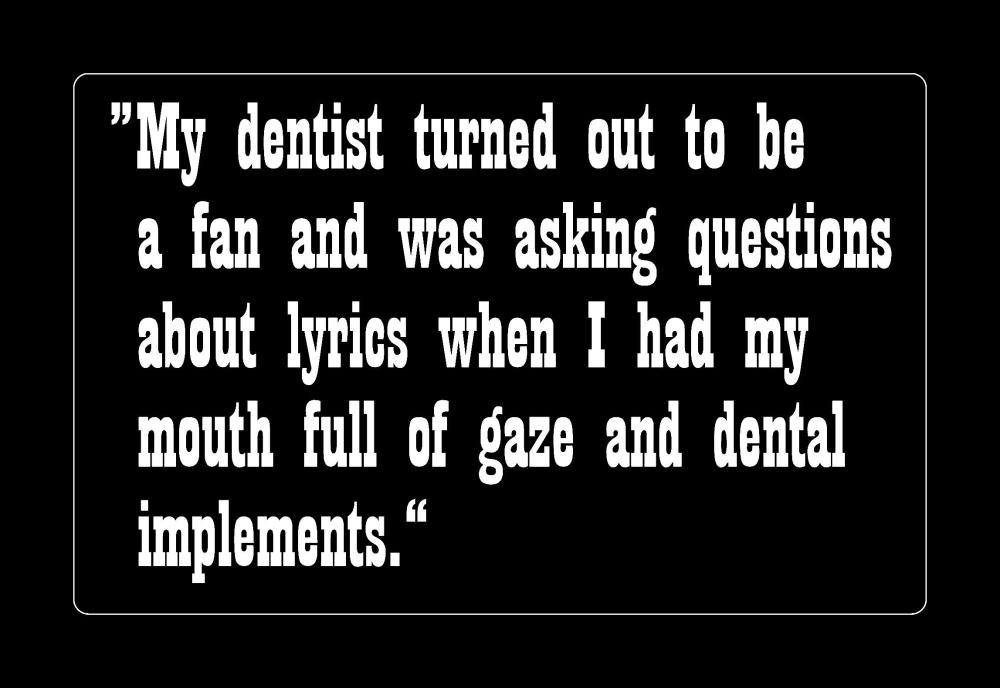 Tunes for the laziest day of the week 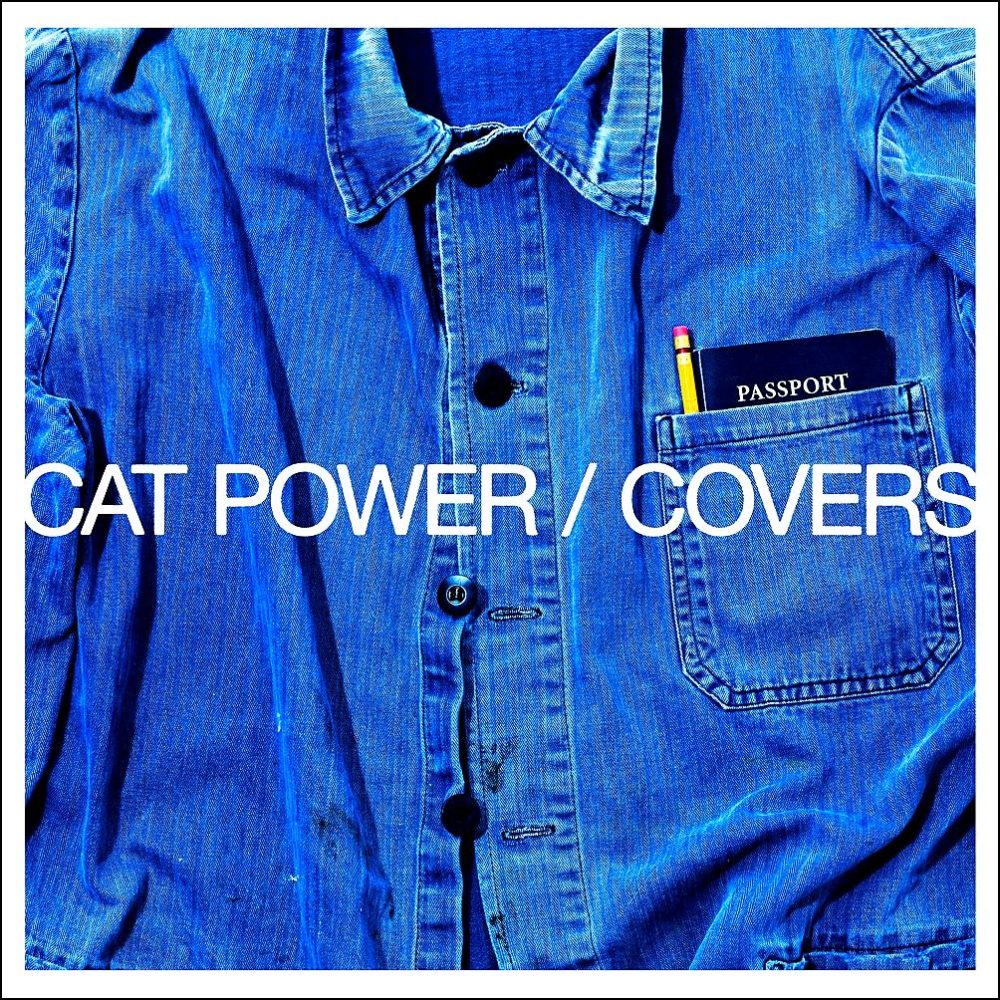 Cat Power joins the long queue of artists recording and releasing
a covers album/EP/single. Since the coronavirus paralyzed normal
life, most of the musicians got a lot of free time and many of them
used it to interpret other artists’ songs.

These are Power‘s picks…