The official statement by her band Fleetwood Mac.

The first great group she played with was the British blues band Chicken Shack.
She also made a couple of solo LPs back then. She married John McVie (co-founder
and bassist of Fleetwood Mac) in 1968, joined FM, and divorced him in 1976.

She’s, of course, best known as one of the singer-songwriters of Fleetwood Mac II
along with Stevie Nicks and Lindsey Buckingham she made one of the best-selling LP’s
in rock history with Rumours (1977).

– SONGBIRD –
A song she wrote/sang on Rumours . 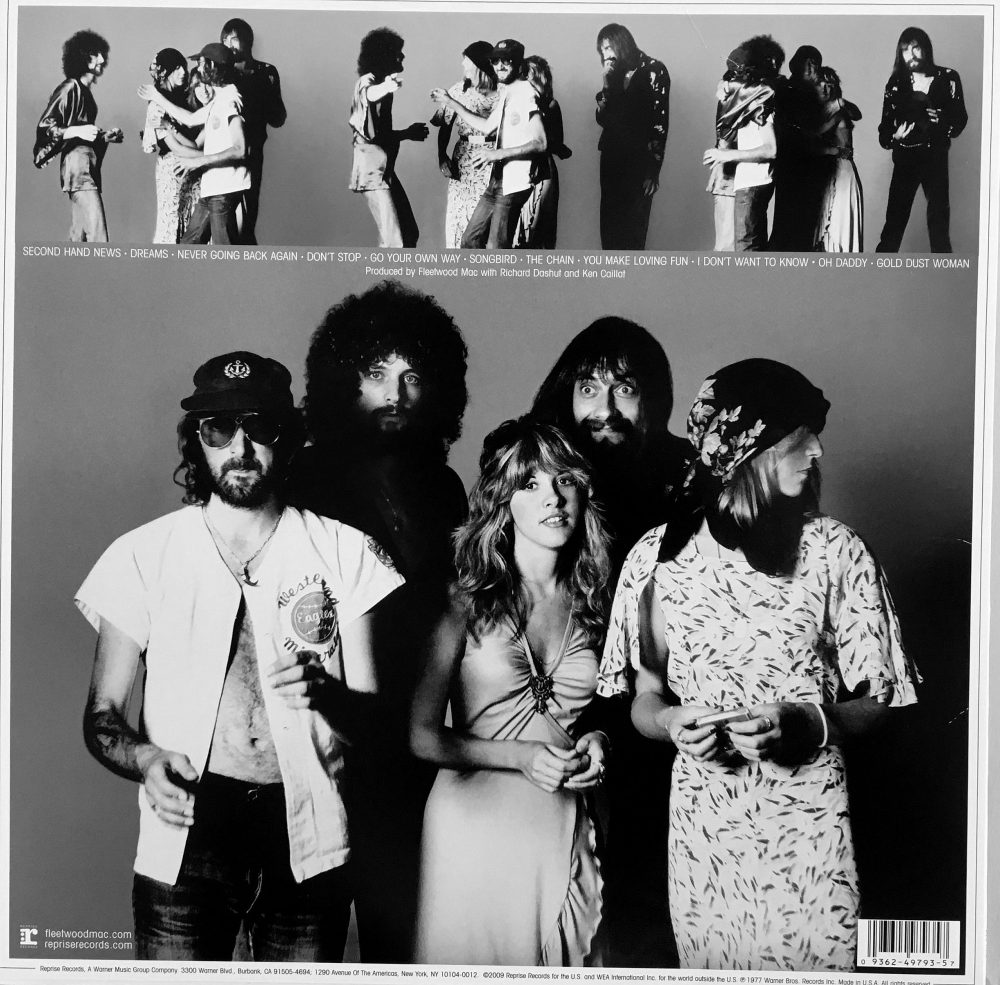 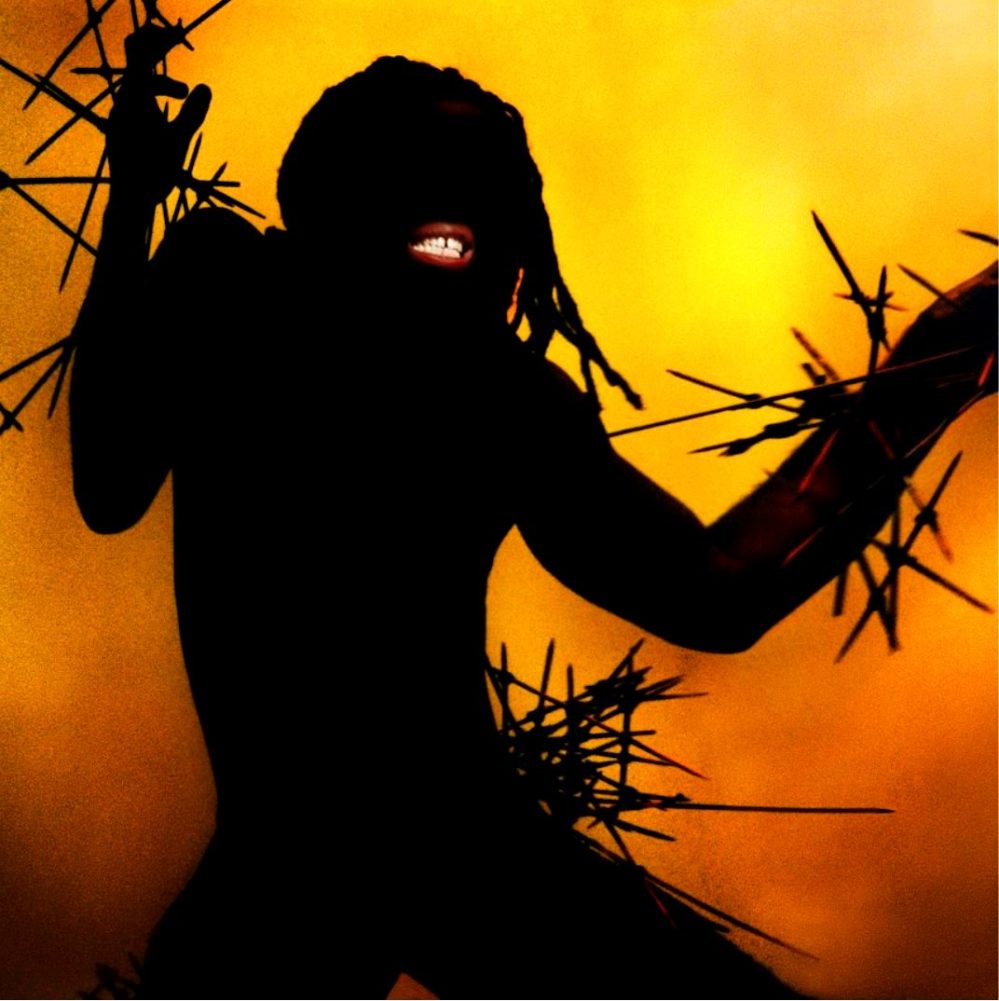 Band: YOUNG FATHERS
Who: Blood-tingling Scottish dance-funk-punk trio that made a grand entrance
on the music scene when they won the 2014 Mercury Prize (an annual music
prize awarded for the best album released in the United Kingdom) with their
debut album Dead.

Info: Written and recorded over the course of three years, the longest time taken
on a Young Fathers album, Heavy Heavy is a tour de force from the Edinburgh trio.
An overarching theme of being human can be felt throughout the ten track album, exploring the feelings of euphoria and rush of emotion experienced at the end of a struggle, a sense of fulfilment as a result of the toil and hard graft that life throws at everyone. An unashamedly soulful and heartfelt album, where the drums set the
scene throughout to transport the listener to a place of celebration and awakening.

Singles (so far): I Saw / Geronimo

When Oasis takes over your life forever. 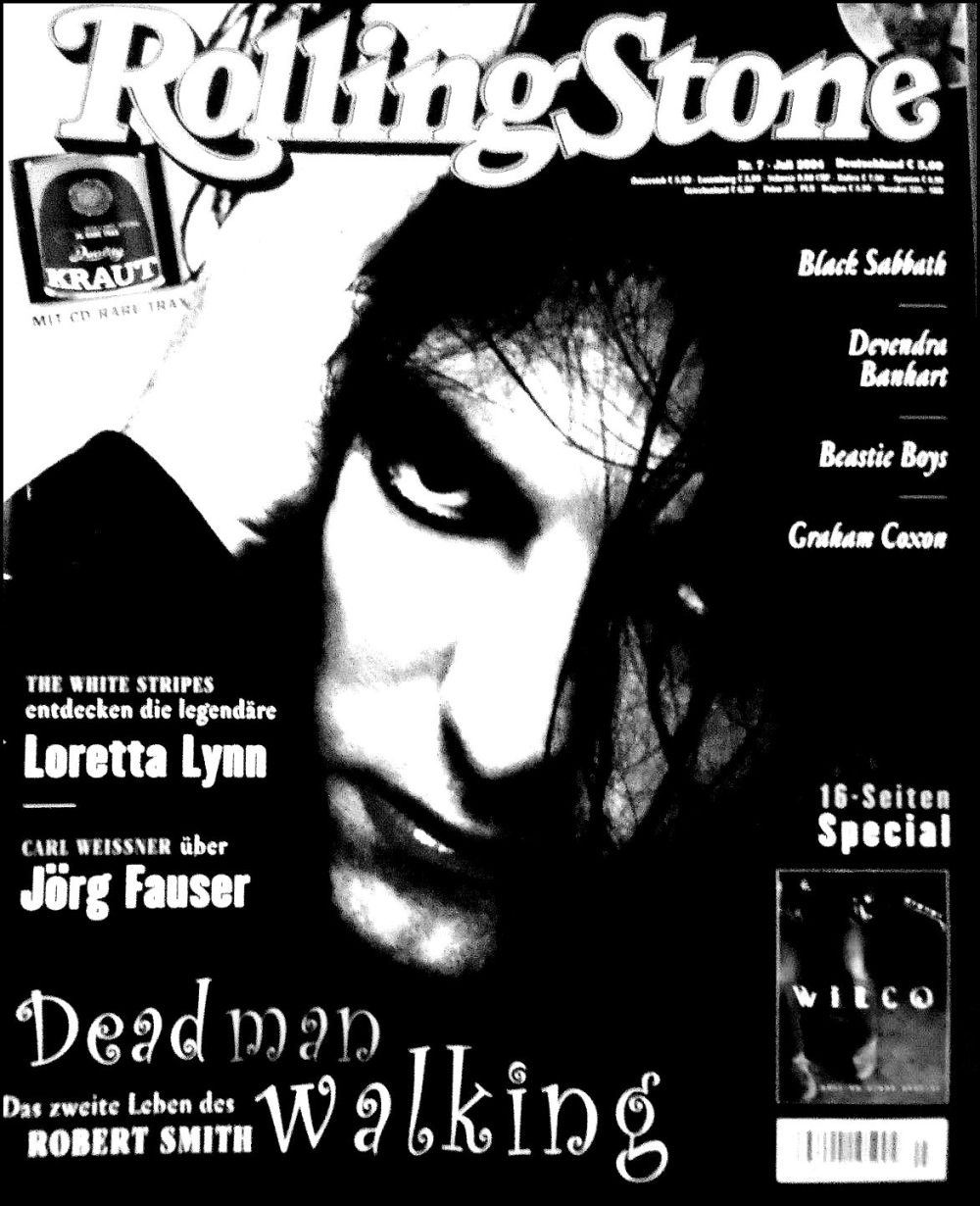 Have a little birthday, Billy.

Stoogefather IGGY POP still wants to be your dog.
Next January he launches a new album, named Every Loser.

But they’re not done yet this year. They teamed up with Laurie Vincent
of London‘s punk duo Slaves for a brand new hammer blow called
THE DELICATE NATURE

Both a gloomy and foot-tapping drum/bass are the backbone of this ominous post-punk stroke. Haunting guitar layers inject this jaw-dropper with edgy electricity, grim vocals add a kind of dark tension, while the sickly catchy groove rattles on and on, before a surprising finish with a weeping violin.

The video features the English comedian Sean Walsh in a much darker tone than his usual TV appearances, as he is seen battling his inner demons through the bottom of a whisky bottle.

New single: CAN YOU BELIEVE IT

Turn Up The Volume: Can you believe this? Even before the music comes
on I’m already moving furniture to make room, because with ULTRA SUNN
it’s always shake your booty time.

The tantalizing combination of boosting beats, shadowplay sound textures,
reverberant vocals, and a pumping chorus at work here, attract you to act the
whole way through. Just irresistible. With ambitious artists like ULTRA SUNN
darkwave music will never age.

Dance into the night here…

Toronto label We Are Bodies releases Remix The Universe on 27 January 2023.
It’s a compilation of new perspectives on The Upsetter’s final collaborative LP, 2021’s acclaimed Lee “Scratch Perry’s Guide To The Universe by NEW AGE DOOM.

Hear the ghost of Perry at work…

Middle-finger to bullies. Stay home, dress funky, paint yourself up,
turn up Bugeye, pirouette yourself in a trance and let the sweat flow.

The clip is directed by Laura Jean Marsh and inspired by psychological
drama movie We Need to Talk About Kevin from 2011. 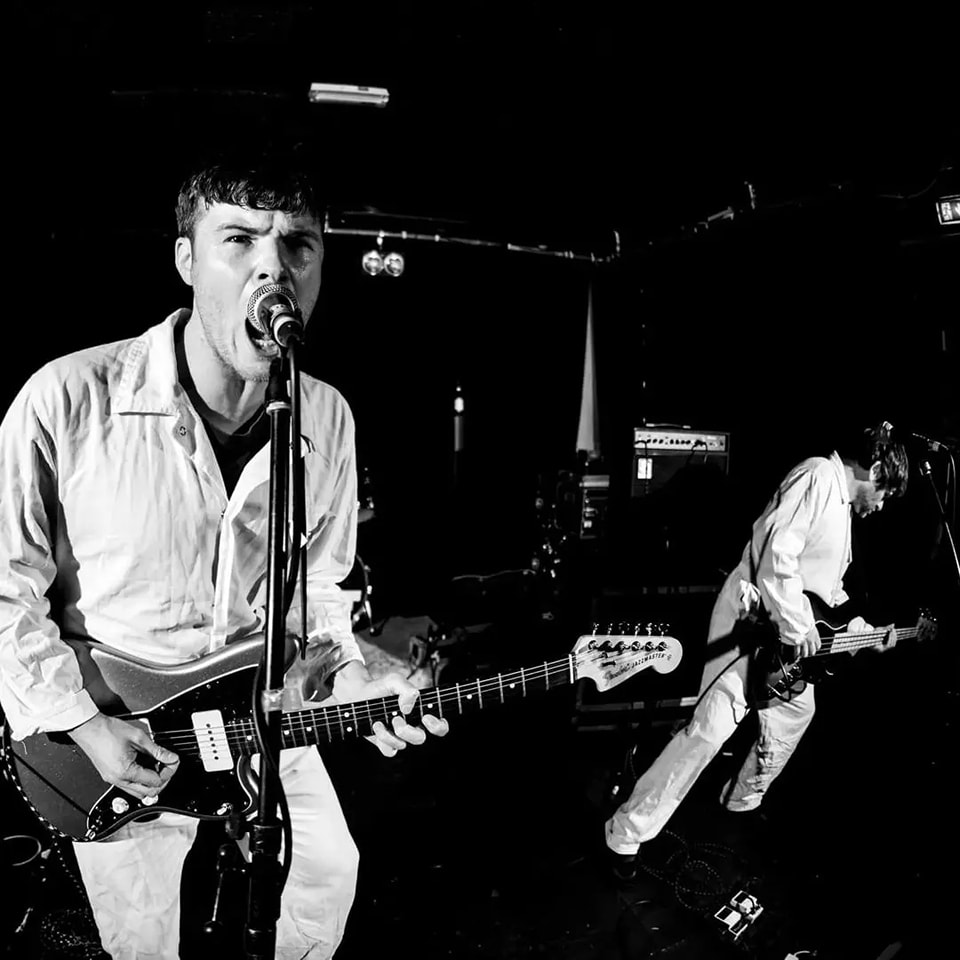 Band: MEMES
Who: A noisy Glasgow duo (cousins) called John and Paul – not that John and Paul, obviously. And as band name John Paul II would be ridiculous, they called themselves Memes, and hit the scene in 2019, and have been twisting heads ever since

After their eponymous bonkers debut EP (2020) followed by some staggering singles,
the high-decibels tandem nail it with another sucker punch. Leader is a funk-punk riff ripsnorter that kicks forth and back before a freakish guitar outbreak slashes and
trashes its way to the end.

Watch out for the pigman,
he looks like a meme in disguise…

DEATH VALLEY GIRLS, the garage rock fury from Los Angeles, led by vocalist/guitarist/organist and charismatic voodoo doll Bonnie Bloomgarden,
who love to doom boogie while glowing in the dark, have their new – 5th – album,
baptized ISLANDS IN THE SKY out on 24 February 2023. Pre-order info here.

Along with the great news, DVG spoil our ears with the first single WHAT ARE THE ODDS.
It’s a ridiculously sticky juiced-up power-pop chant triggering your limbs to get up and move. And when the under the spell of joy choir joins Bonnie Bloomgarden on the elated chorus you just feel that the odds are huge for the simulated Californian girls having another top album are huge. Fact!

We are living in a simulated world
And we are simulated girls!

TUTV: Great news for all Cross Wires fans, including myself, out there.
Their 2nd album is finished/recorded and ready to leave its vault early
next year through Culture Wars Records. It follows the band’s album
A Life Extinct. One of the most poignant debut records of 2019.

Lead single. Mourning is not a happy story. It’s a post-break-up cry out,
a cathartic shout out. Sixties psychedelic-sounding wah-wah guitar fuzz,
alternated with cutting six-string fervor stoke up the energy of this crackerjack
all the way, along with a steadfast drum/bass tandem, and back up frontman
Jonathan Chapman‘s harrowing confession of lovesickness.

Band: JUSTINE PAYNE & CO.
Who: Musician, composer and performer, describing himself
as a “natural born underdog.” With over 15 years of experience
in the industry

Track: TOGETHER AS ONE

Payne describes how his life is changing throughout the song, but no amount
of fame or distraction could deviate him from the one he loves. The tender lyrics
contrast in the baddest way possible with Justine‘s gritty delivery. 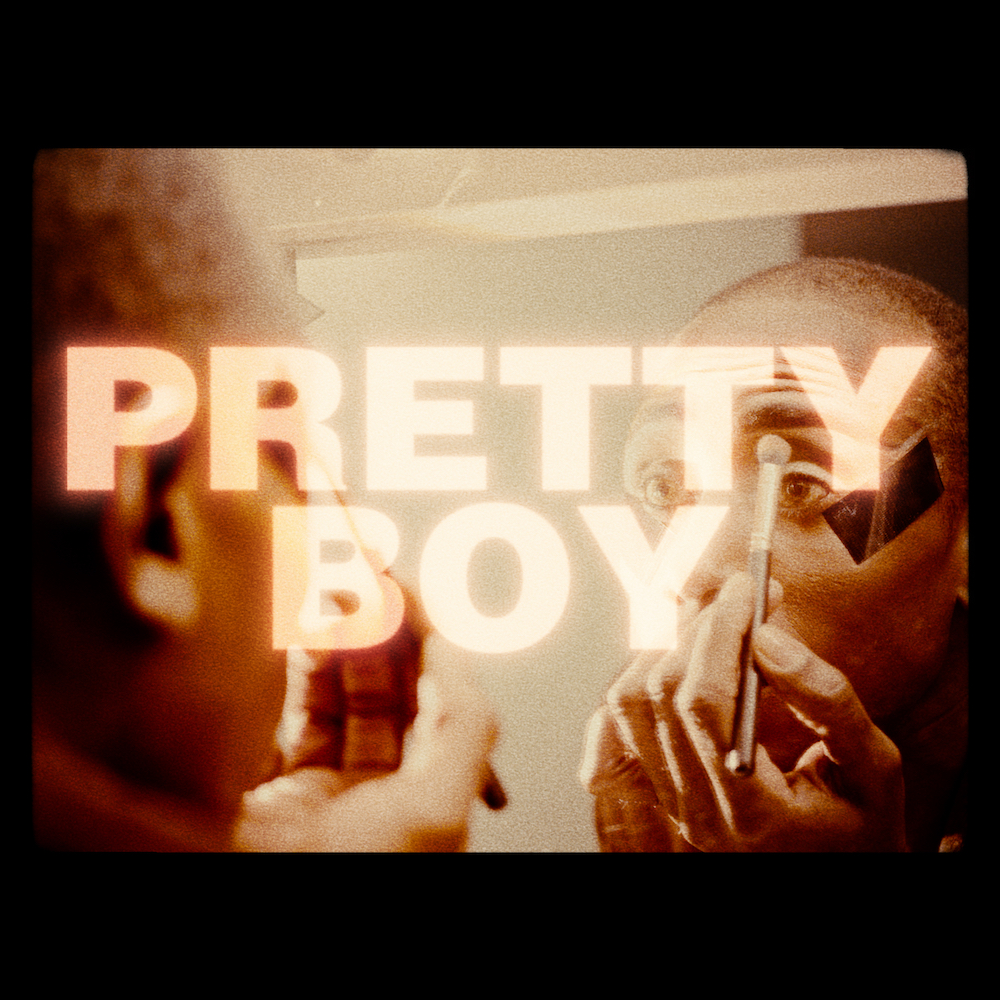 A speedy psych roller featuring guitar lines from Johnny Marr.
The song is the first piece The Chief shared from a new album
coming next year. Details follow later.

Who: Zach Pliska and Emily Sturm. The project started in 2017.
They describe their sound as deathgaze, combining the raw energy
of deathrock with the depth of shoegaze. So far the duo released
four albums and a handful of singles and EPs.

New single: THE PRECIOUS ONES

TUTV: Vazum ventilate their anger versus the money-greedy corporate music industry
with this brutal straightforward shocker generating a wall-of-fuck-the-elite-labels sound that bulldozes its way on repeat with schizo guitars, a non-stop spiteful rant and Emily Sturm‘s freakish backing vocals. Bang-on!

New single: IT’S NOT OVER.

Lyrically and sonically it follows Lin Manuel closely. Lyrical guitar play
stars along Chavez‘s fervid soul/blues voice. She still has hope for the
future. No, it’s not over yet.

Onism E are survivors.
No doubt about that.

Single: GOLDEN RULE
Fresh piece from their long-awaited debut album, named
The New Truth Is Gold out on 10 February 2023 through
Reckless Yes.

FF: “‘The golden rule is people come together. This is a shimmering
anthem of renewal, and a clarion call for people to come together.”

TUTV: Golden Rule is a desirous pick-me-up pop tune. Airy, breezy, instantly catching and an invitation to get together in these troublous times. Kat Five‘s vocals float all over this romantic reflection and glossy synths sparkle throughout. The most notable component, to my ears, of this new piece, is the distinctive Cure-like guitar sonority. Feverish, shadowy and arresting. Pretty cool. Bring on the album FF.

Band: VOGUE VILLAINS
Who: A hard-rocking alternative band from Vancouver Island, Canada with a musical foundation planted firmly in catchy melodies and multipart harmonies. Set on making music that feels unique, yet unafraid to wear the boys many influences on their sleeves, this powerhouse of a band has created a sound that is undeniably and unmistakably VV.

New single: WRONG SIDE OF THE MIDNIGHT

TUTV: Hells bells! This nasty motherrocker of a hammer blow speeds up your adrenalin machine from the kick-off. VV mix blues rock, classic rock and hard rock seamlessly into a red-hot-blooded wall-of-riff-sick sound. A boiling mishmash of intimidating guitars, a powerhouse rhythm section, a Herculean chorus, boogie-woogie flashes and vociferous vocals is what your stereo speakers will spit out. Just what you need to bang your head against a wall. Hells bell, indeed. 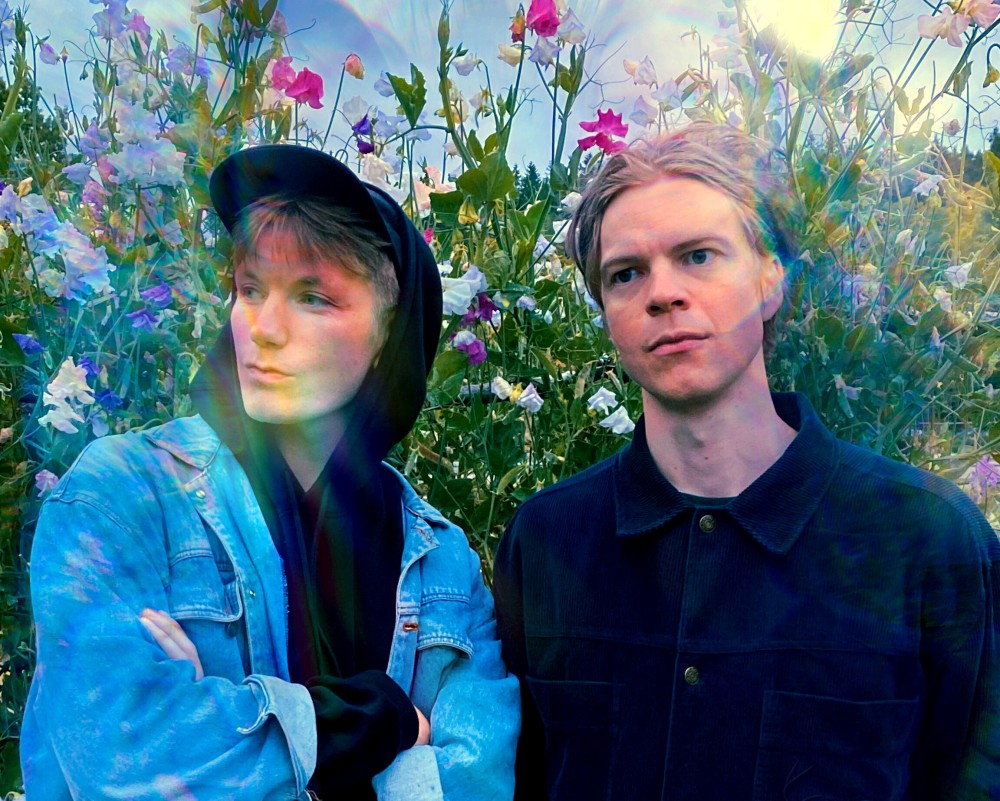 Band: TAPE TRASH
Who: This new duo project draw inspiration from the music they listened to when
they first picked up their instruments as enthusiastic teenagers: Indie rock induced with infectious choruses, catchy guitar riffs, and huge drums. After an involuntary break due to the corona epidemic, they have spent the past year working on their debut album.

TUTV: Expect a multi-layered, towering and schizophrenic wall-of-guitar-electricity propelled by a pushing rhythm section. When they take the decibels a bit down it’s
only a foreplay moment for a stormy finale. Breathtaking stroke!

Band: SUEP
Who: A stubbornly high-spirited combo creating oddball music with
a touch of theatrical storytelling. Fronted by Georgie Stott (Porridge Radio,
Garden Centre, The GN Band) and Brain Wastefield. SUEP is born out of a
near-decade of wearing silly clothes and deconstructing pop together.

TUTV: I love the vivid vibe here. In Good Health resonates like a comforting chant with friends, hand in hand, taking care of each other. It’s a frisky tune that plays instantly on your inner stereo in your head. It’s an all-together ditty that puts a big smile on your face.

More of that is expected when SUEP release their debut album, named Shop,
It lands on 27th January 2023 via Memorials Of Distinction.

Listen/watch and feel in good health…

Debut single: TRIPPING DOWN THE STAIRS

TUTV: Both wayward and playful. I hear early Talking Heads guitars, vibes
from Manchester’s legendary Factory Records (A Certain Ratio, The Durutti Column,
Section 25) and also from Welsh daydreamers Young Marble Giants (1978-1982).
All indie music that never ages and still is around today.

The Short Causeway are a notable 2022 example. They zig-zag their way through
this debut single with capricious tempo changes, with glimmering guitar sparks,
breezy melodiousness, and moony vocals. Welcome! 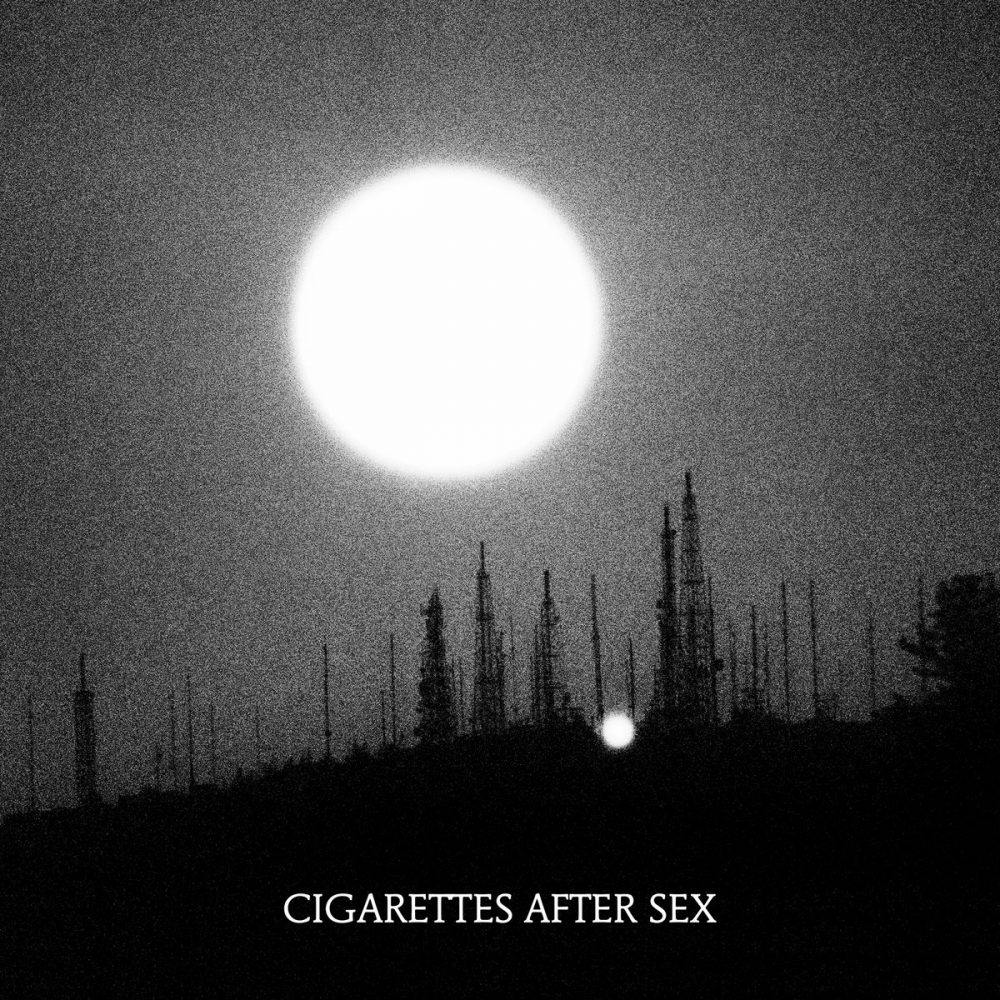 American nightdreamer GREG GONZALEZ and his combo
CIGARETTES AFTER SEX shared their first piece of new music
in over two years.

PISTOL brings together all of the elements that have made CAS such a celebrated band, while also introducing a subtle yet impactful increase in tempo. Equal parts transportive and romantic, the song’s driving rhythm meets a stark, minimalistic atmosphere that is given dimension by dreamy, washed-out guitars, swelling synths, and intimate, yearning vocals from Greg Gonzalez.

The band’s management just announced that they will be sectioning off an area in standing called the SILENT MOSH’SH PIT, for fans who have children or “who are not confident in their physical strength, etc”. In this silent pit, gig-goers are encouraged not
to shout, cheer, talk loudly or participate in any other behaviour “that may be an inconvenience to other customers”.

Also wearing a mouth mask is required. All visitors will receive Saviour Mask,
which is the official dress code and is required to be worn on top of your own
mask. 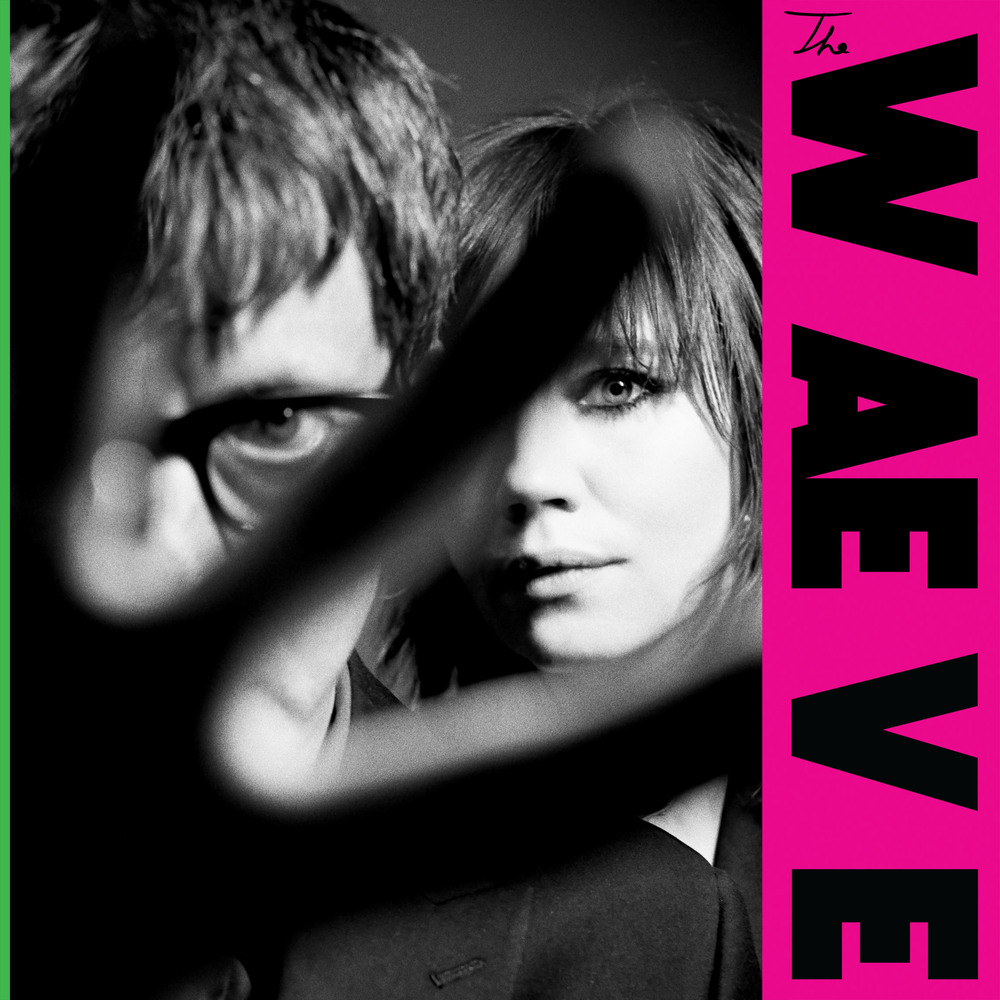 Ahead of it comes taster #3. KILL ME AGAIN is a riveting, promptly
infectious groove propelled by a pounding synth/bass riff, spiced with
Coxon on saxophone and mesmerizing (duet) vocals. Splendid stuff.

“Kill Me Again explores the feeling of non being or the sensation of shape shifting during
intense pleasure, the battle of light to exist within the universe as it becomes increasingly influenced by dark forces. It’s a celebration of sexual agency and the power generated by the physical merging of entities, the power that brings into being and how it will overcome evil.”

All 3 singles (so far) together on Spotify 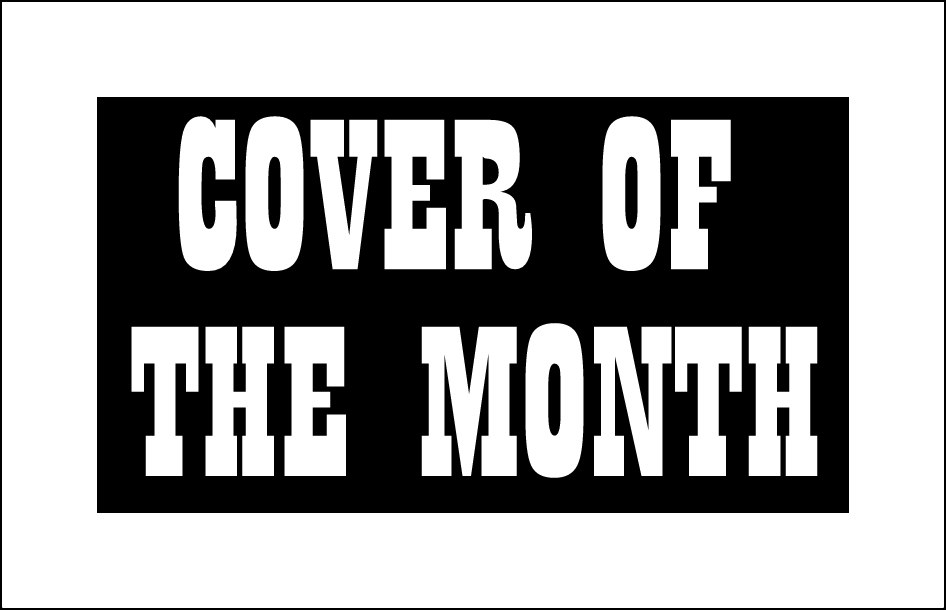 One track is a cover of a RADIOHEAD
song 4 MINUTE WARNING from their
2007 album In Rainbows.