After last year’s rowdy debut EP ‘Skeletons ‘ featuring Under The Moon, one of Turn
Up The Volume’s knockout crackers of 2018 Danish rocker REBBECA LOU and her band return with the first single of their upcoming longplayer. NOT 4 U is a vehement banger propelled by a merciless drum/bass thunder and infused with nasty guitars going mad around the 2-minute mark. On top of all the stormy havoc comes Lou‘s threatening
voice, cutting like a knife and going fast forward towards a smashing finale. Big bang!
Explode right here… 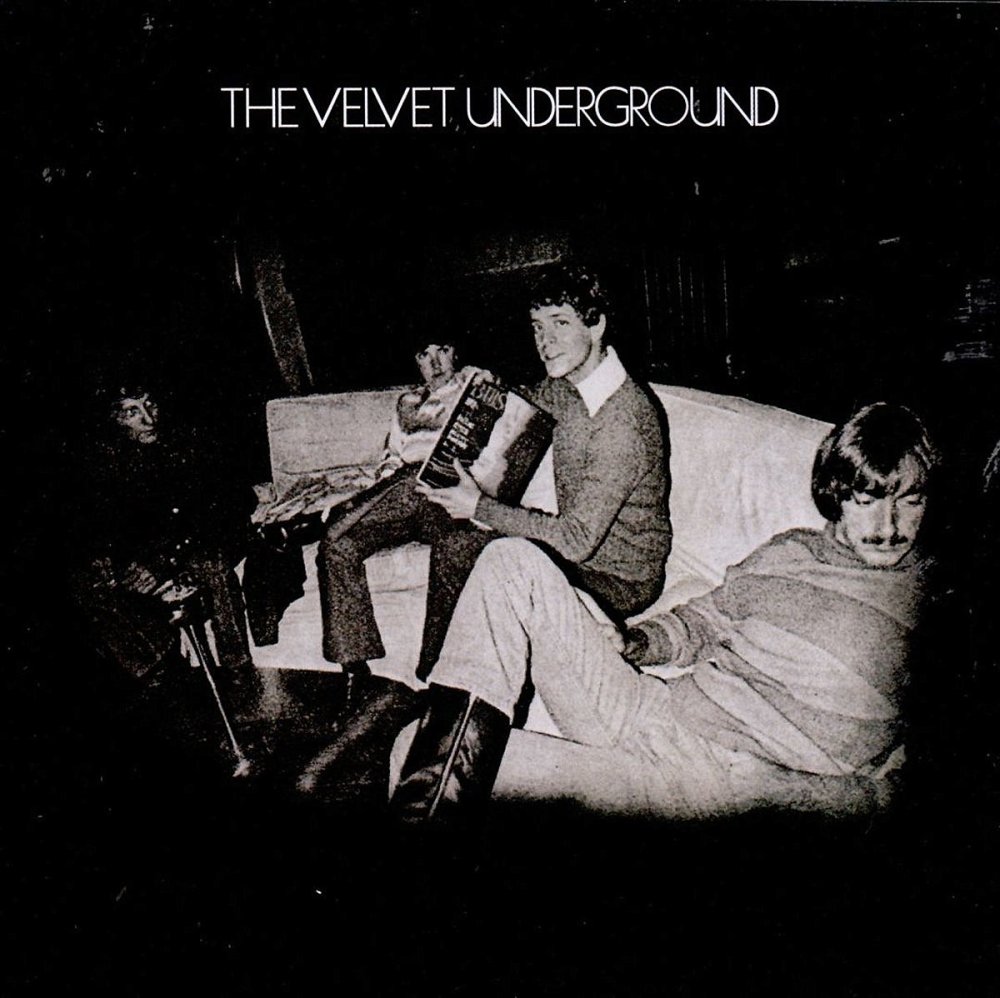 ROLLING STONE‘s legendary journalist LESTER BANGS wrote: “The songs on this album are about equally divided between the subjects of love and freedom. So many of them are about love, in fact, that one wonders if Lou Reed, the malevolent Burroughsian Death Dwarf who had previously never written a complimentary song about anybody, has not himself fallen in love… On the whole I didn’t feel that this album matched up to White Light/White Heat, but it will still go a long way toward convincing the unbelievers that the Velvet Underground can write and play any kind of music they want to with equal brilliance.” Full review here.

TURN UP THE VOLUME says: Not as experimental (John Cale had left in the fall of 1968) and controversial as their previous two LP’s but here’s solid proof that Lou Reed had a natural born ‘pop’ songwriting talent and was ready for his brilliant solo career. Top LP.

The track was from their fourth album Give Out But Don’t Give Up
and released as a double A-side single along Funky Jam on 28 Feb
1994, 25 years ago today and peaked at #7 on the UK singles chart.
A steamy T.Rex meet The Stones classic.

Get yer rocks off right here…

Can’t help it, but I want to play this euphoric 2013 live version below (for the
umpteenth time) again, the more that there are some really cool girls in it…

Manchester legends are back with new line-up… 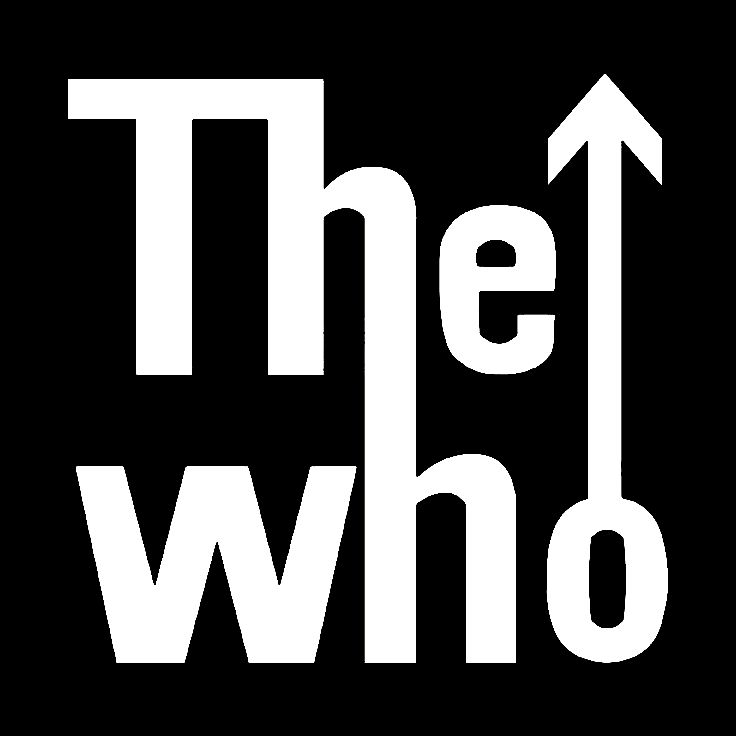 Here’s why a fan (like so many other fans), of veteran rockers The Who, is
disgusted, rightly so, by the ticket prices for their upcoming London gig… 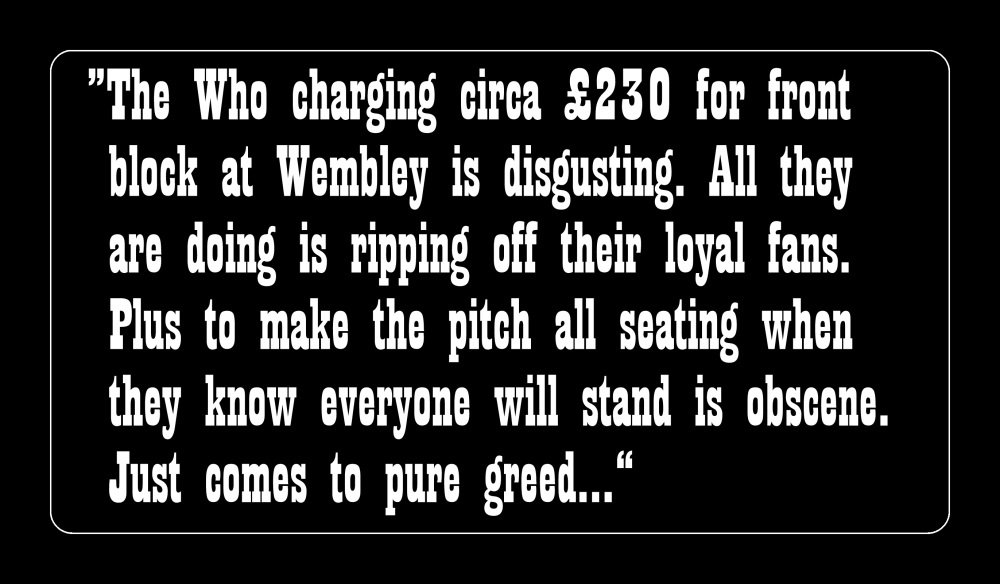 Drummer ANDY ANDERSON worked with a series of high-profile artists such as Iggy Pop, Peter Gabriel, Edwyn Collins and Isaac Hayes. He was probably best known as THE CURE‘s drummer in 1983-1984. He played on their 1984 THE TOP album. On the following clip you can see him live with the band when performing the album’s s great opening track SHAKE DOG SHAKE starting with his brilliant hammering intro… 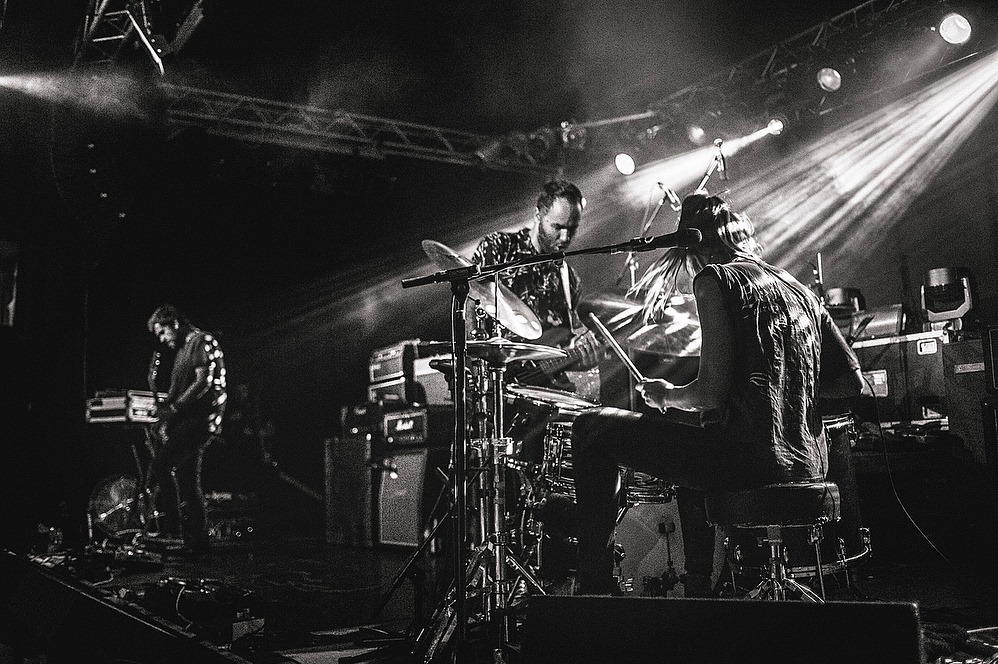 After their highly praised debut LP Burst Belgian noise rock trio BRUTUS are totally ready to break down the legal decibels level again with new longplayer NEST. A couple of weeks ago the band shared the hot-blooded lead single WAR and today they unleashed another new one called CEMETERY. It’s a red-hot-raging sledgehammer with pulverizing guitars, hell-raising drums and vocalist Stefanie‘s razor-sharp and reproachful voice on top about ‘That girl, I could never trust her she’s a fucking wreck‘. This is pure dynamite that will bring the walls down when played live. Prepare your ears and blood pressure for a volcanic power discharge. Right here, right now… 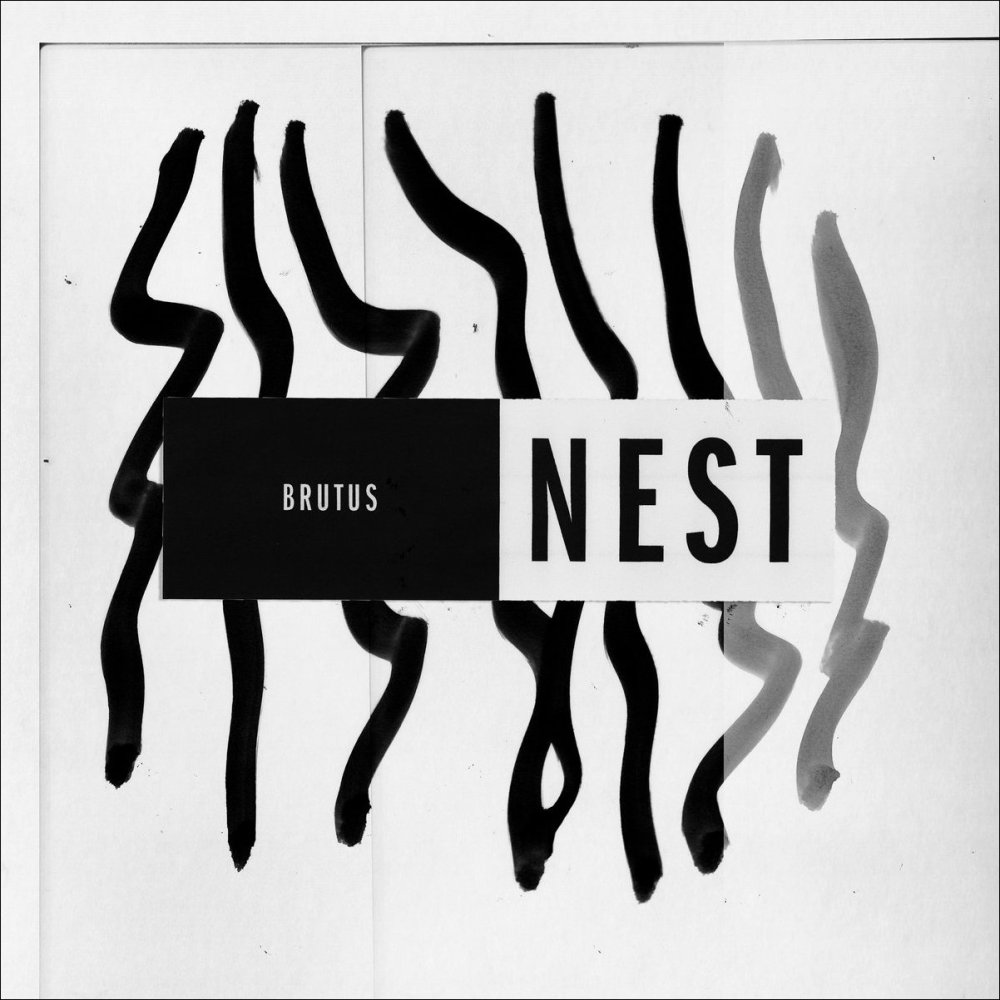 Eleven knockout killer tracks from the past month…

Eleven Knockout Tracks on repeat this past month!
A boiling blend of rolling rippers and glowing grooves
Here’s Turn Up The Volume‘s Knockout February Team! 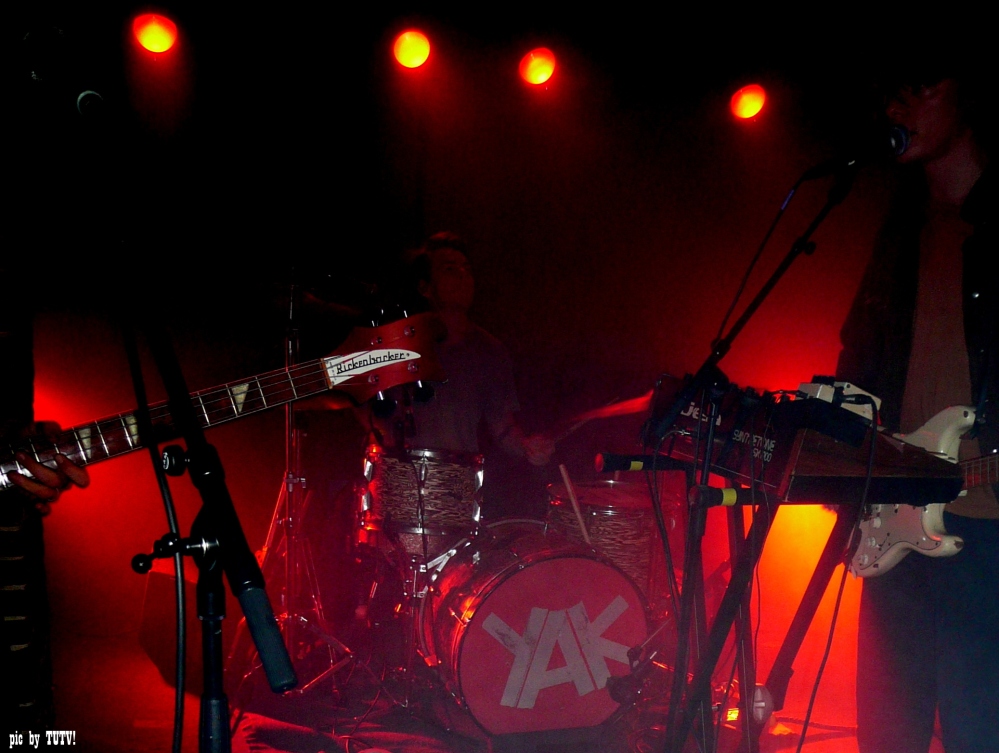 4. ‘Better’ by RICH GIRLS (New York City)
This feels like a punchy shot of adrenalin. Intensive, elevating and ecstatic…

5. ‘Last Exit To Nowhere’ by THE UNDERGROUND YOUTH (Manchester/Berlin)
Blistering blast from the band’s upcoming, ninth, LP  Montage Images Of Lust And Fear 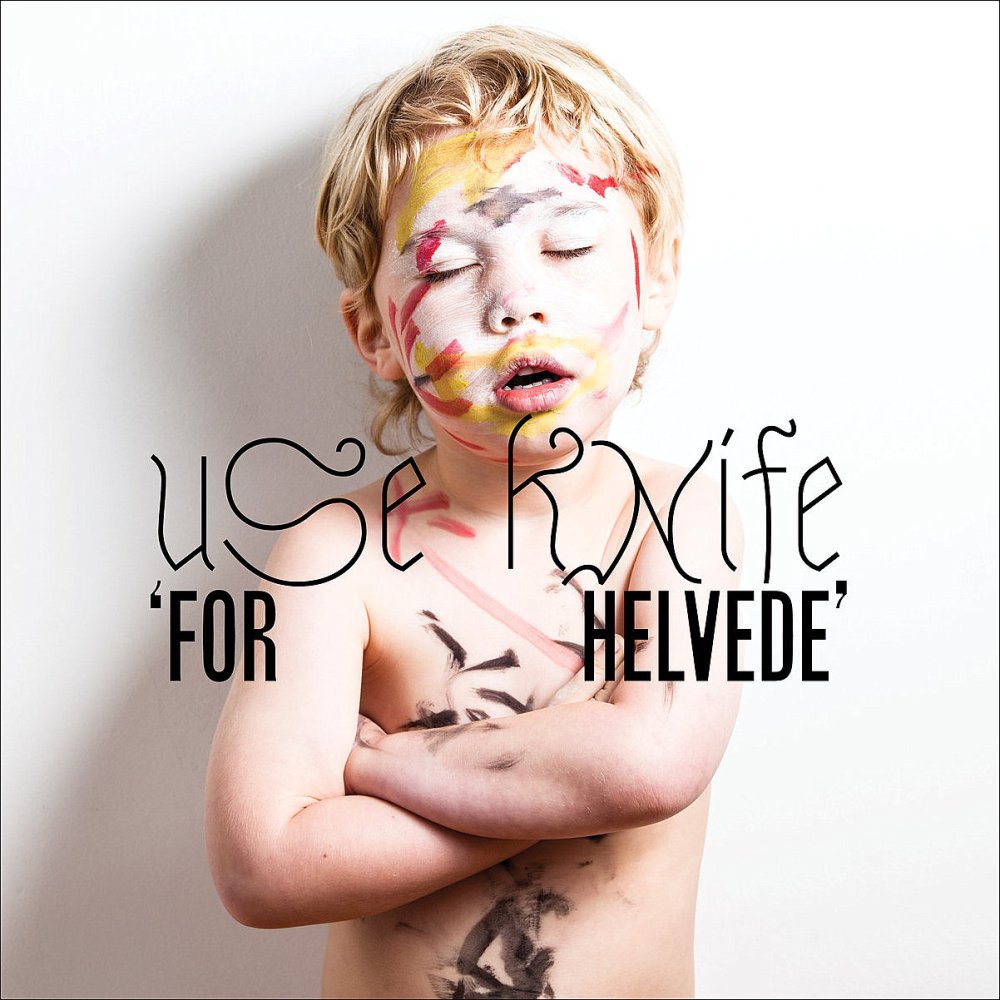 9. ‘Without Love You’re Nothing’ by THE OCEANS (Copenhagen, Denmark)
Anthemic score with towering guitars and harmonious, engrossing vocals…

Turn up the volume… 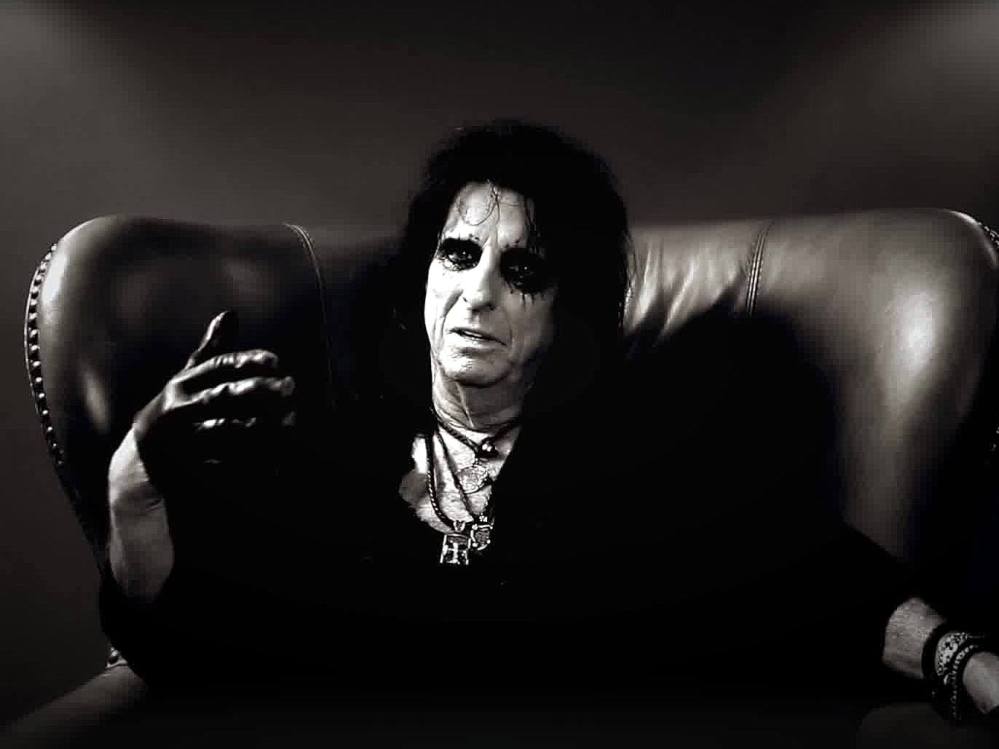 Alice Cooper proud about still doing it after 50 years…