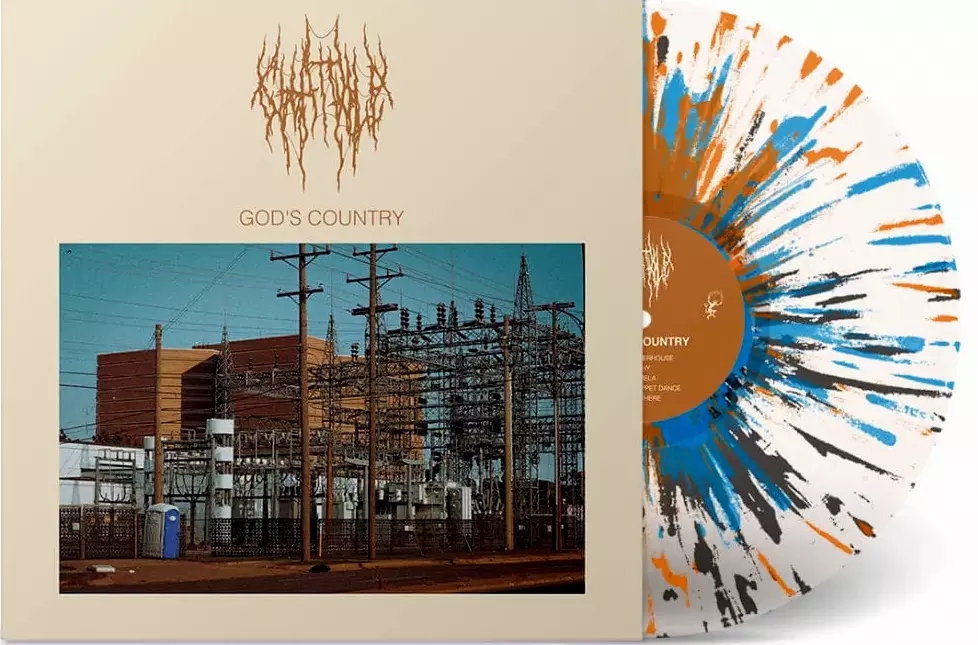 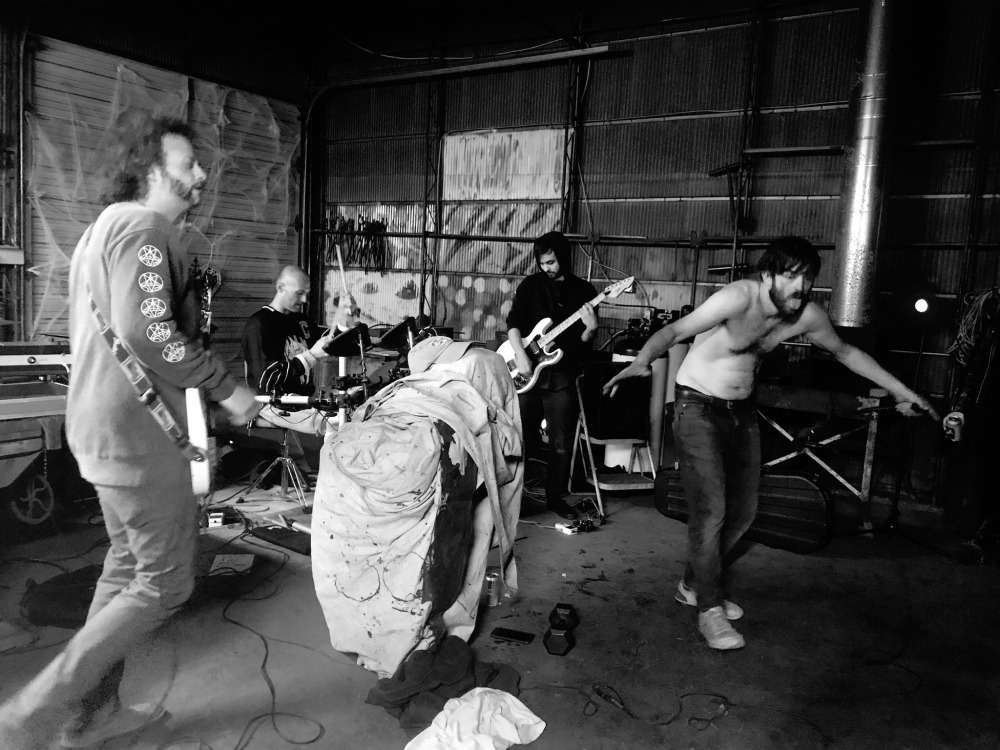 “There’s a sick irony to how a country that extols rhetoric of individual freedom, in the same gasp, has no problem commodifying human life as if it were meat to feed the insatiable hunger of capitalism. If this is American nihilism taken to its absolute zenith, then God’s Country, the first full length record from Oklahoma City noise rock quartet Chat Pile is the aural embodiment of such a concept.”

Stereogum says: “God’s Country, Chat Pile’s new album, is powered by some of the same electric sludge that you could hear in ’90s noise-rock gods like the Jesus Lizard or Chokebore. But where those bands could be acerbic, Chat Pile are sincere. For them, juddering skree is the only way to make sense of a landscape as brutal and anti-human as what currently confronts us.”

TUTV says: This volcanic beast of a record predicts Doomsday as we know it with destructive cannonballs accompanied by horrific primal screams (actually, last screams)
to soundtrack the end-of-times exorcism at work here. The flabbergasting closing track grimace_smoking-weed tells you all about the album’s agony. It’s about going-totally-out-of-your-fucking-mind and not knowing if living or not living is the answer. God’s country? Are you kidding me? It’s Satan’s country now. Contender for album of the year! FACT! Let’s rock! 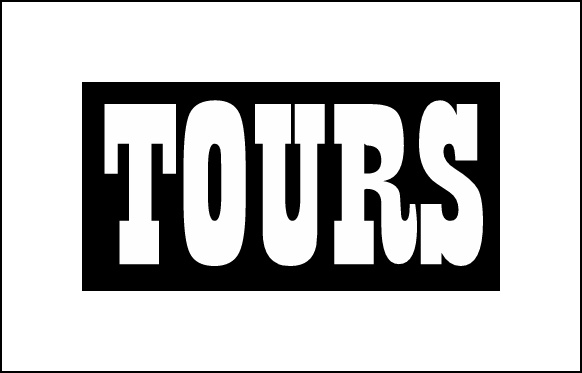 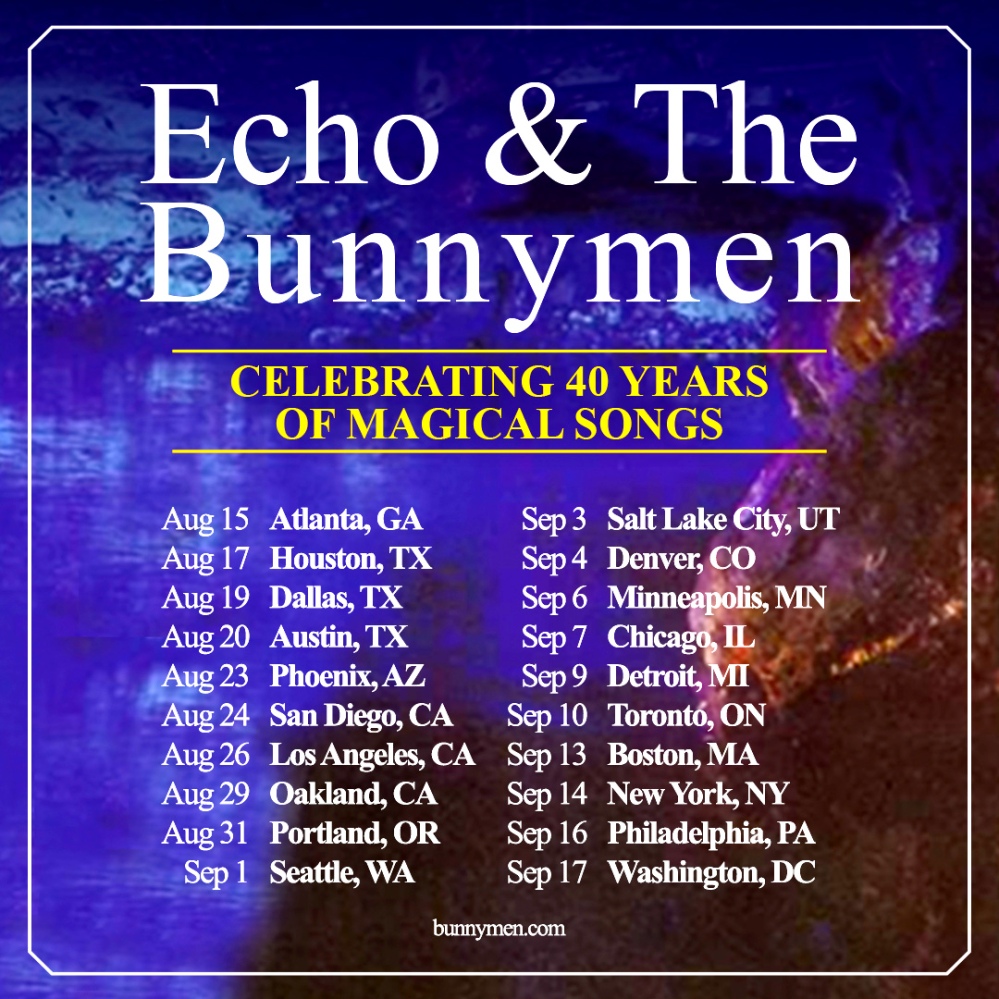 Also rocking in Europe in the Fall.
Full schedule here.

Well, I saw them 27 times so far, and every single time they played
this gigantic gem, so I’m sure the American fans will get this one too.

Sonic reveries for the laziest day of the week 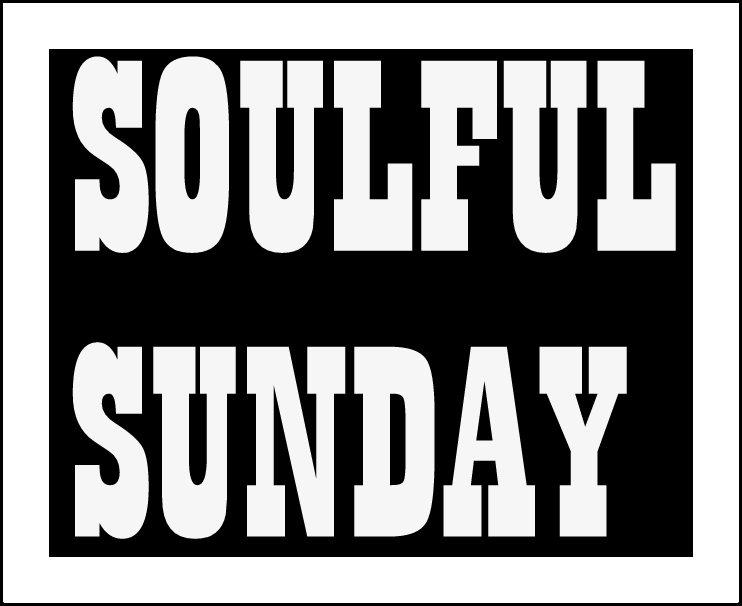 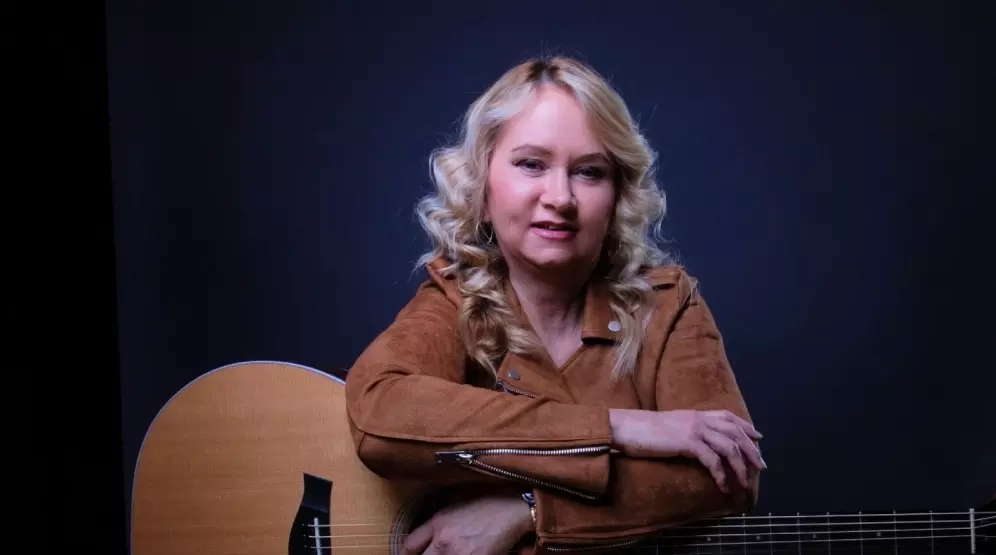 Artist: BRENDA CAY
Who: A country singer-songwriter. Some of her musical influences include Kenny Chesney, Terri Clark and Sara Evans. Brenda has received several accolades during her music career. Her 2020 EP Fragile Like A Bomb garnered 12 licensing deals and had two tracks featured on Apple Music Hot Tracks (Country). The EP has over 1.9 million Spotify streams.

New single: THIS AIN’T THAT

The song takes listeners through another journey of present love that feels almost too good
to be real. She muses here about how past relationships always went by fast and ended in nothing, but this one is different. Something as temporary as a “one-night stand” stretches out into the future, turning into something comfortable and familiar like coffee and holding hands.

Cheerful little country pearls like this tremendously catchy one have an instant impact
on the movements of your feet, head, and hands. Tapping, flapping and clapping. And when it’s sung by a glowing voice like Brenda Cay‘s one you can’t but pirouette yourself dizzy. One question: hands up if you ever experienced the song’s story. Yes, I knew it, many of us.

Press play and smile from left to right… 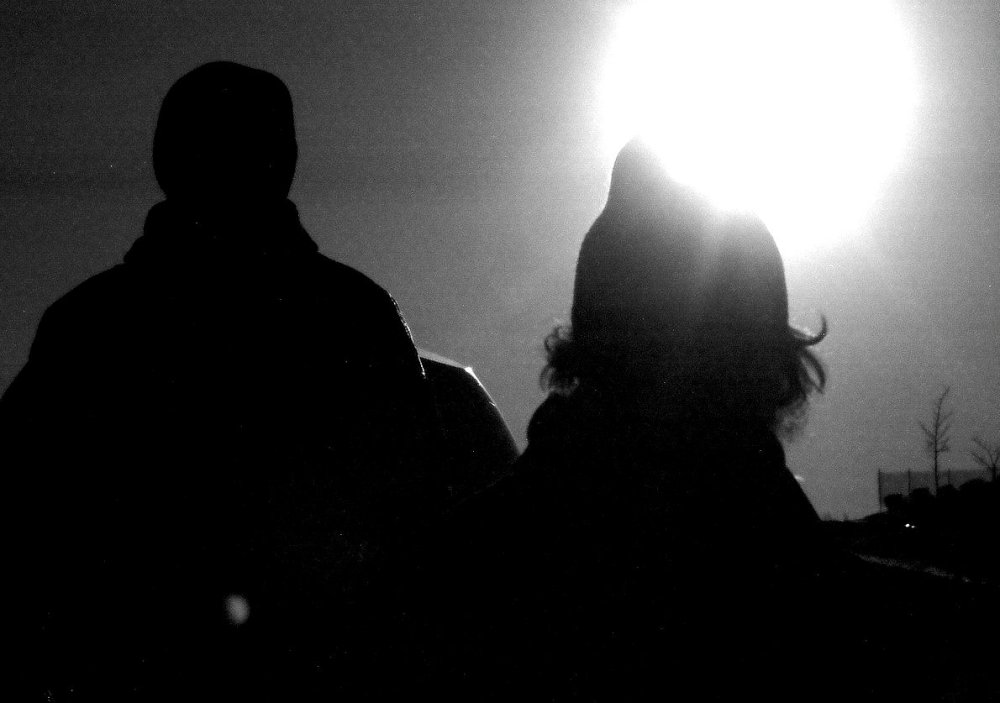 The song is about “the situation, where you are being fed a sugar coated version
of the truth, and how to start thinking for yourself. It’s about going for independence,
rebellion and challenging the norms.”

This new cut follows the previous rad single Not Your Time. With Know I Know
the sonic feel is quite different. It’s a more melodic tune with a steadfast bass
riff and rhythmic drum hits as its heartbeat. Funky groove.

And when the athirst BIG chorus fills the room with singer Rob Helsten having
the fervid gung-ho of The Afghan Whigs‘ ardent voice Greg Dulli my hair in the
back of my neck stands up. Yes, as I said, BIG. Touchdown. 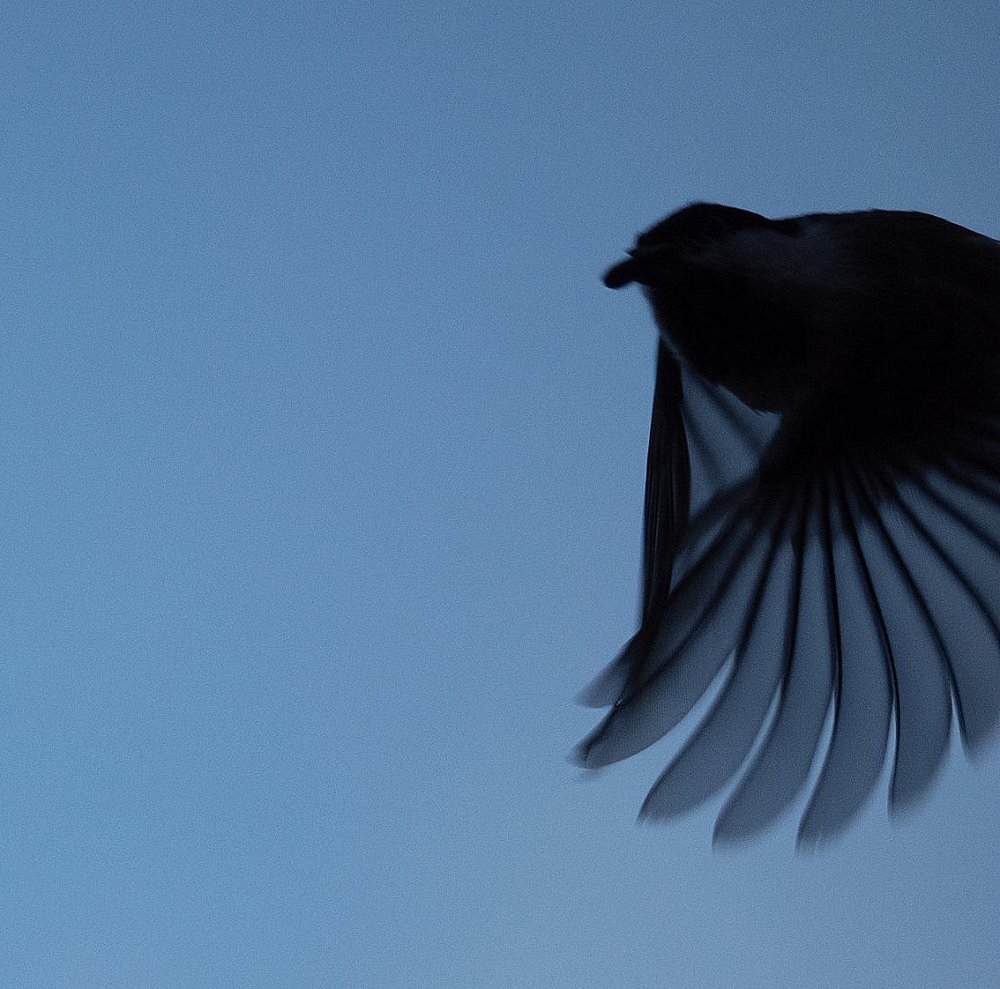 “The Video for the song depicts a protagonist who just seems to be having a real bad day. They’re on a quest that begins with a bike lock that just won’t open, visit a friend who isn’t around and just can’t seem to find what they’re looking for at the convenience store. It’s
about being frustrated and confronting the difficulties you encounter.”

You can buy the track here via Bandcamp. 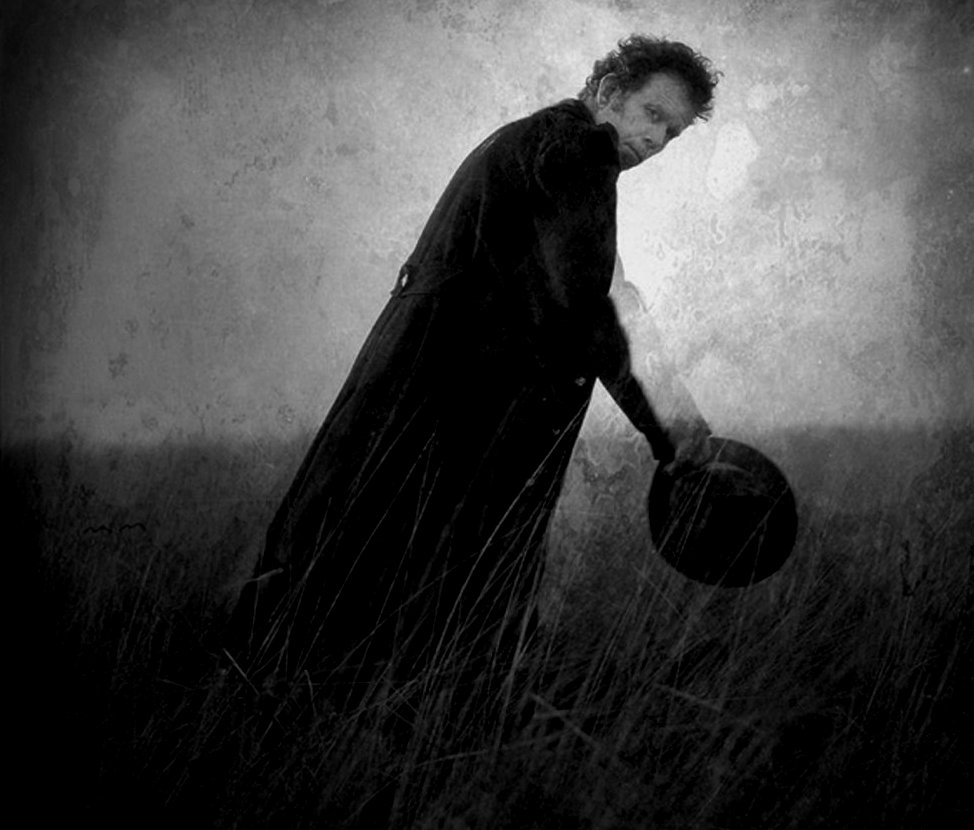 The man who never wanted to grow up… 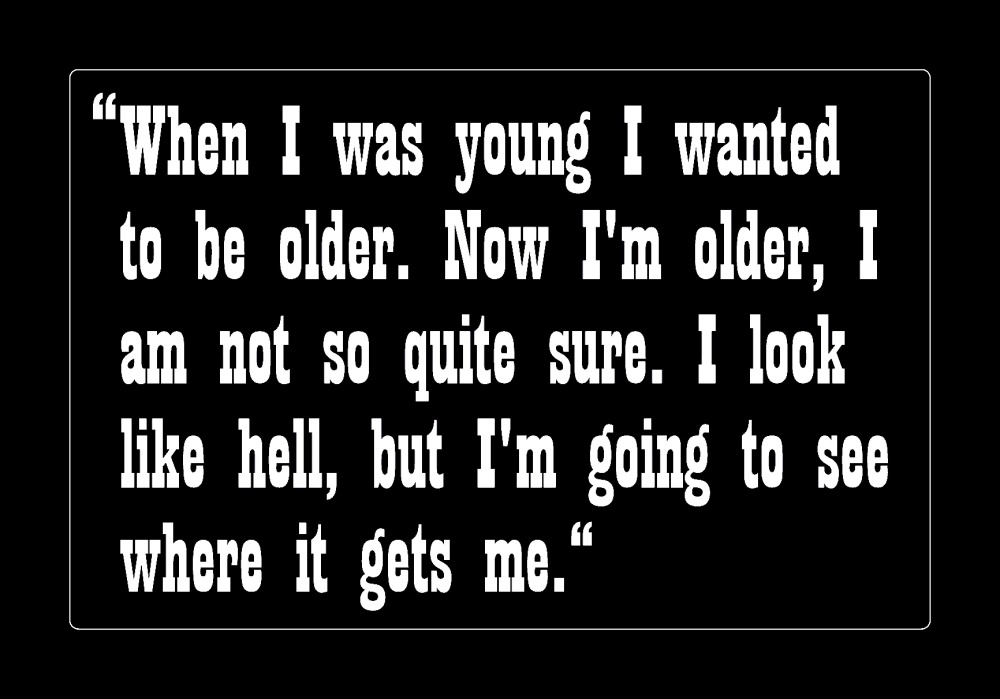 Great 7″ inches/sleeves/vinyl from the past 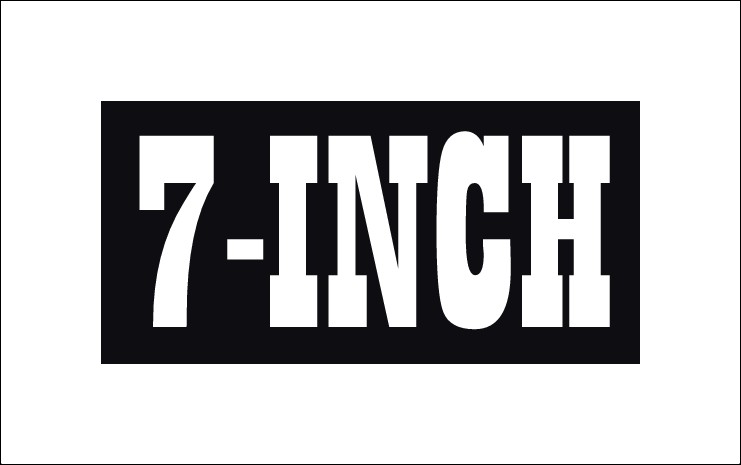 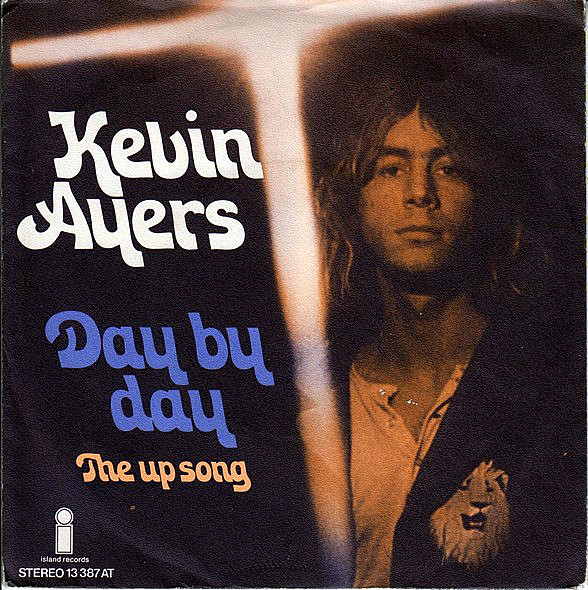 Sublime earworm. Puts a big smile on my face. 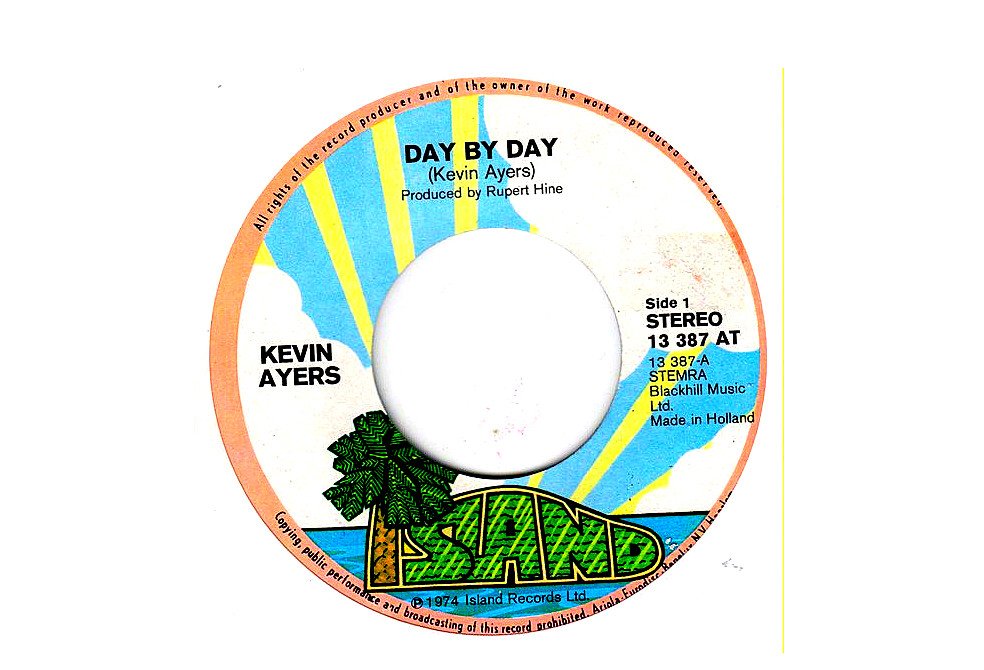 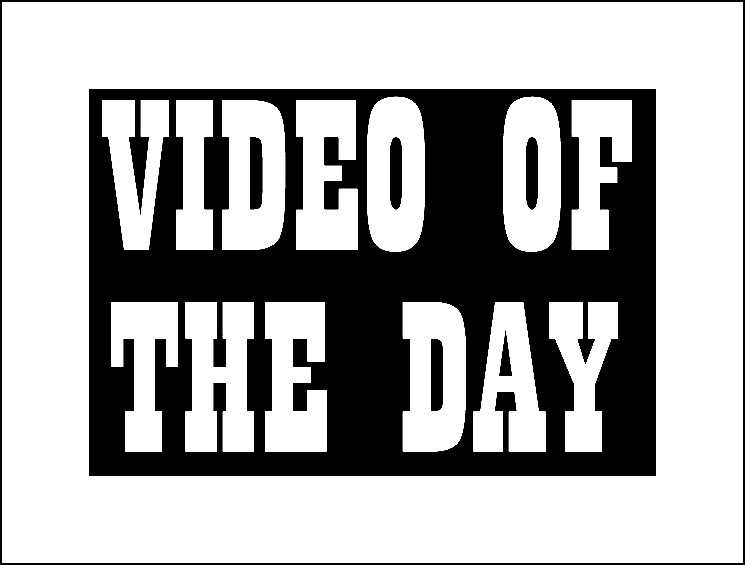 Cartoon heroes GORILLAZ kicked off their world tour in Uruguay last April.
The band played two new songs, of which one is called CRACKER ISLAND.

The clip is directed by Gorillaz co-creator Jamie Hewlett
and the Emmy nominated director Fx Goby. 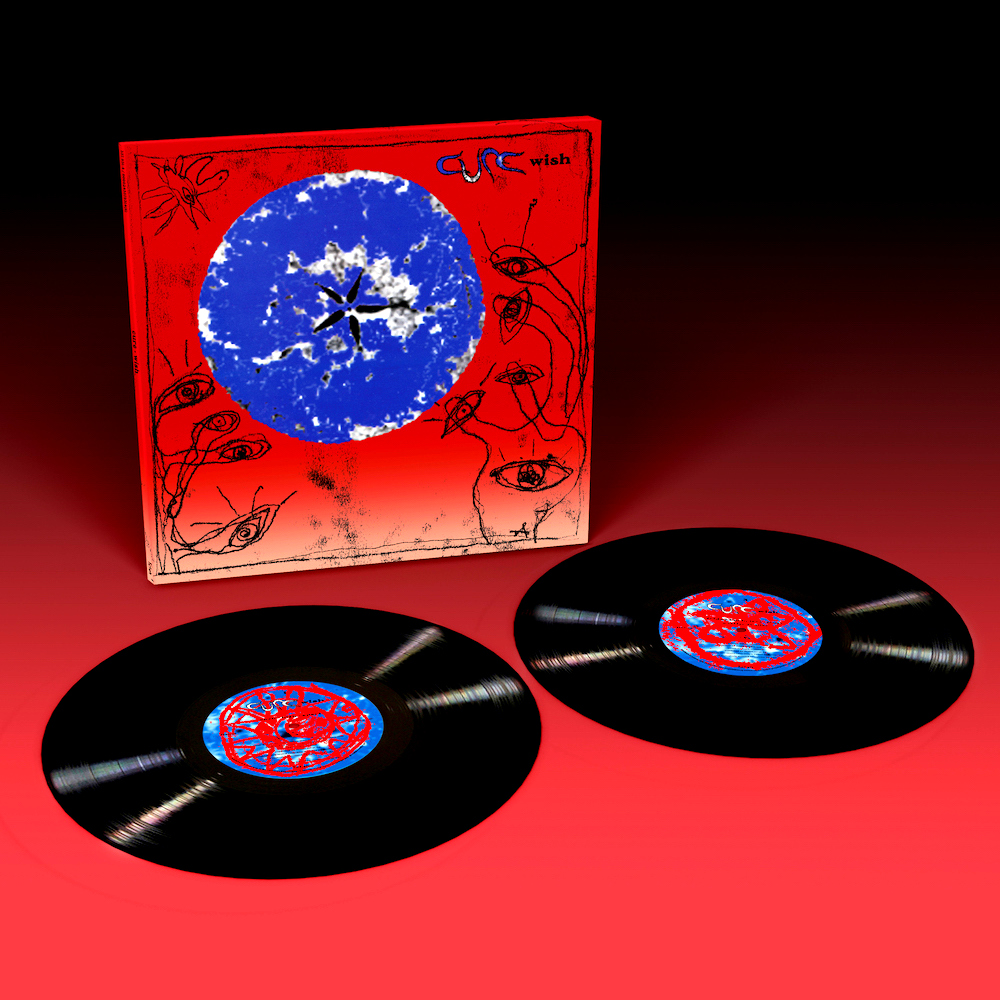 THE CURE will make their fans very happy with
a 30th-anniversary edition of their 9th album WISH,
released in April 1992.

Yes, the LP with this pop diamond on

The deluxe edition contains no less than 24 previously unreleased tracks and four
that were previously only available from the mail order-only tape Lost Wishes.

Robert Smith “There’s a side to the album which I had kind of forgotten, a very gentle, yearning thing which is quite beautiful. TRUST is one of the best things we’ve ever done
I think, it’s played with great feeling, and To Wish Impossible Things is another gorgeous, melancholic piece. in fact, it could well be my favourite song on the record.”

“In the studio control room it all sounded excellent, but I got too busy sorting out our
upcoming concerts to properly oversee the mastering. It was too late to do anything
about it; the album was out, and we were off around the world again. It has really
bugged for me for a very long time. It has taken 30 years, but finally, my Wish has c
ome true.”

Content: the special anniversary edition of Wish will be available as a 3CD 45-track edition), a 2xLP vinyl edition, a 1CD edition, and it will also be available digitally.

Everything but the vinyl comes out on 7 October.
The vinyl arrives on 25 November.
Pre-order info here.

Uyea Sound is one of the previously unreleased tracks. 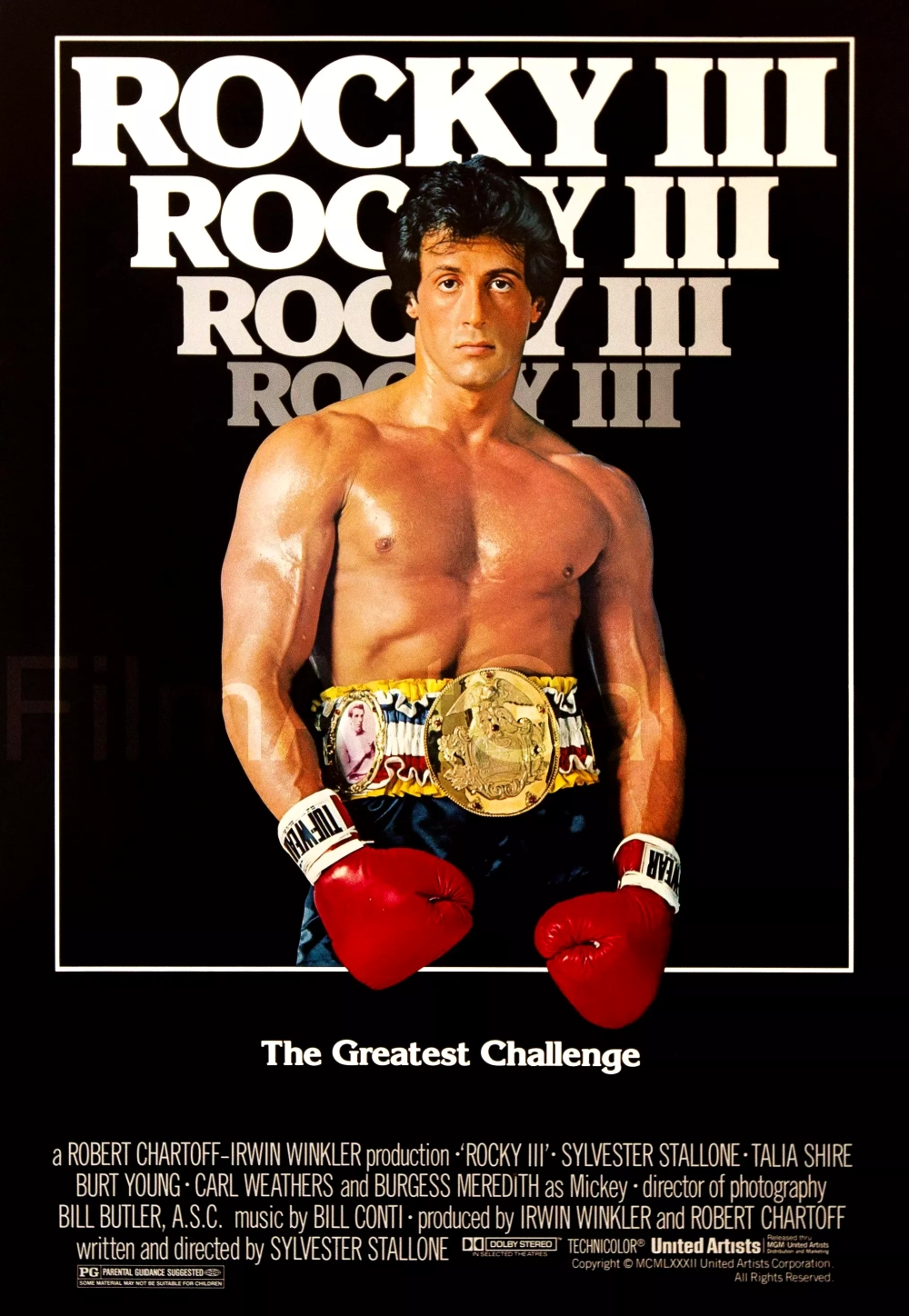 40 years ago today, on 31 July 1982, Chicago’s heavy rockers SURVIVOR occupied the number one seat on the US Singles Chart with EYE OF THE TIGER (almost 880 million streams on Spotify) thanks to being the theme song of ROCKY III with testosterone star Sylvester Stallone as working-class hero boxer Rocly Balboa.

Heroic bombast, but it works to get out of bed. 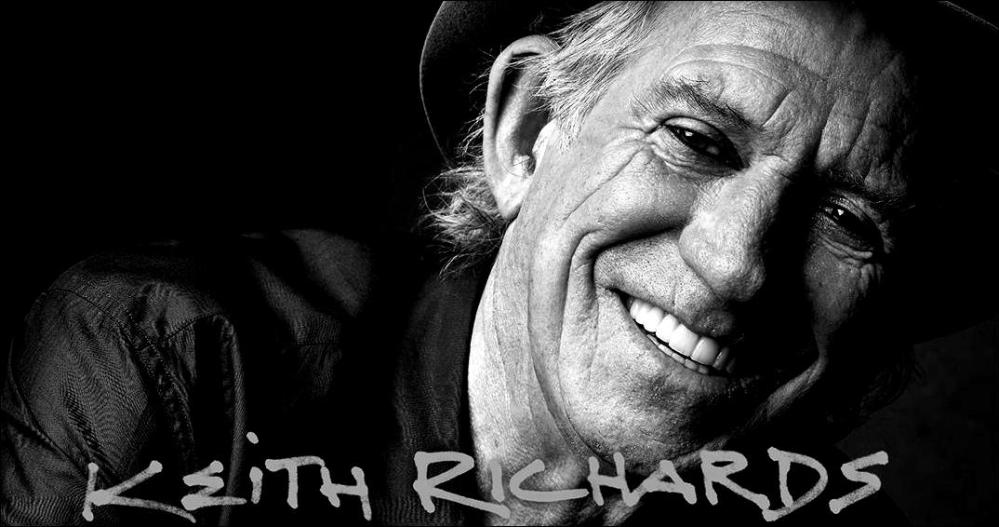 Hard job to do… 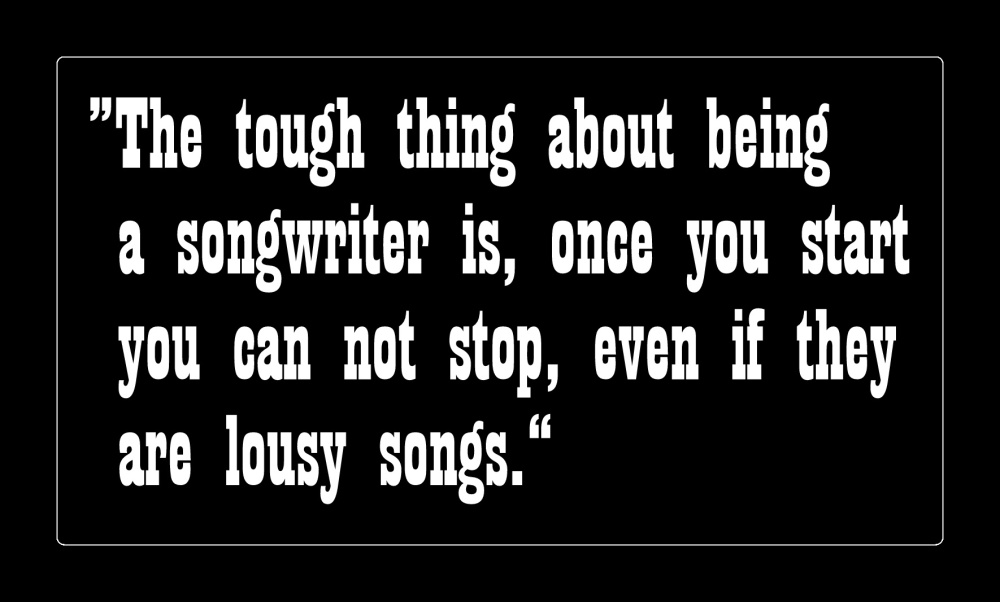