R & B diva CARDI B (more than 136 million followers on Instagram) has a new single, titled HOT SHIT out . A bass-boom slo-mo banger feat. star rappers Ye (Kanye West) and lil Durk. The cover of the single is TOTALLY EYE-CATCHING. Hot shit, indeed.

Oof
Checks comin’ fast, I’m like swoosh (Swoosh)
Ooh
Give ’em to me straight, hundred proof (Proof)
I thought I killed you hoes before, it must be déjà vu
It’s either that or I’m catchin’ body number two 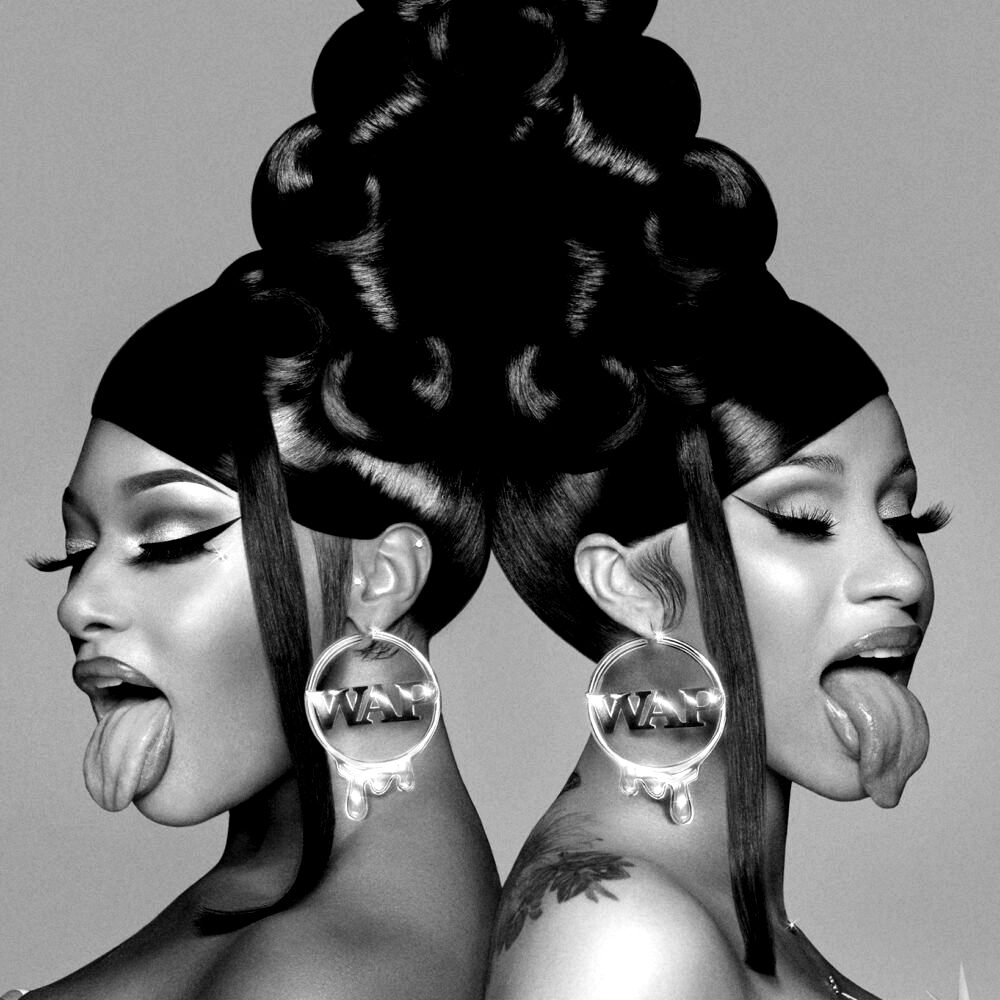 2. ‘Physical’ by DUA LUPA
“Inspired by Flashdance, it was an unrelenting riot of spoken-word pre-choruses and
euphoric gold-plated hooks that hit like a bosh of industrial-strength poppers.”

3. ‘Grounds’ by IDLES
“This was the Bristol band’s barbed missive to the doubters, detractors and backbiters,
a future-punk stomper that saw them team a lithe, scything riff and crunching electronics with stinging putdowns.”

4. ‘Black Dog’ by ARLO PARKS
“In a year where isolation and uncertainty have affected us all, ‘Black Dog’ was the kind of song to spark all kinds of life-saving conversations or, at the very least, lend a hand of comfort to those who know all too well what it’s like to have darkness nipping at your heels.”

5. ‘Lifetime’ by ROMY
“A burst of near-ridiculous Eurodance camp-pop abandon, it was entirely at odds with any preconceptions of Croft you might have had and the lonely confines of lockdown it was written in.”

6. ‘JU$T’ by RUN THE JEWELS
“Recorded at Rick Rubin’s Shangri-La studios, ‘JU$T’’s searing critique of capitalism, crime and social injustice in the US over El-P’s bouncing and Neptunes-nodding beat made for a classic RTJ composition.”

7. ‘XS’ by RINA SAWAYAMA
“The thrill of Rina Sawayama’s ‘XS’ wasn’t just its roaring maximalism, which paired
raucous nu-metal influences with glossy R&B pop, but how profoundly audacious it was.”

8. ‘The Last Great American Dynasty’ by TAYLOR SWIFT
“It’s an astonishing song: one that fuses witty lyricism with megawatt hooks, and
a reminder that Taylor Swift is an artist who should never be underestimated.”

9. ‘I Know The End’ by PHOEBE BRIDGERS
“It was an epic cacophony; musing on the apocalypse while boasting the singer’s delicate, calm and reflective side before blossoming into the biggest thing she’s ever done.”

10. ‘Bad Decisions’ by THE STROKES
“‘Bad Decisions’ was destined to join the ranks of ‘Reptilia’-level bangers: a simple singalong with a solid riff, welcoming back the good times for a band who’ve been through so much strife.”