Trust me, this nasty blues groove works
perfectly to get rid of your hangover… 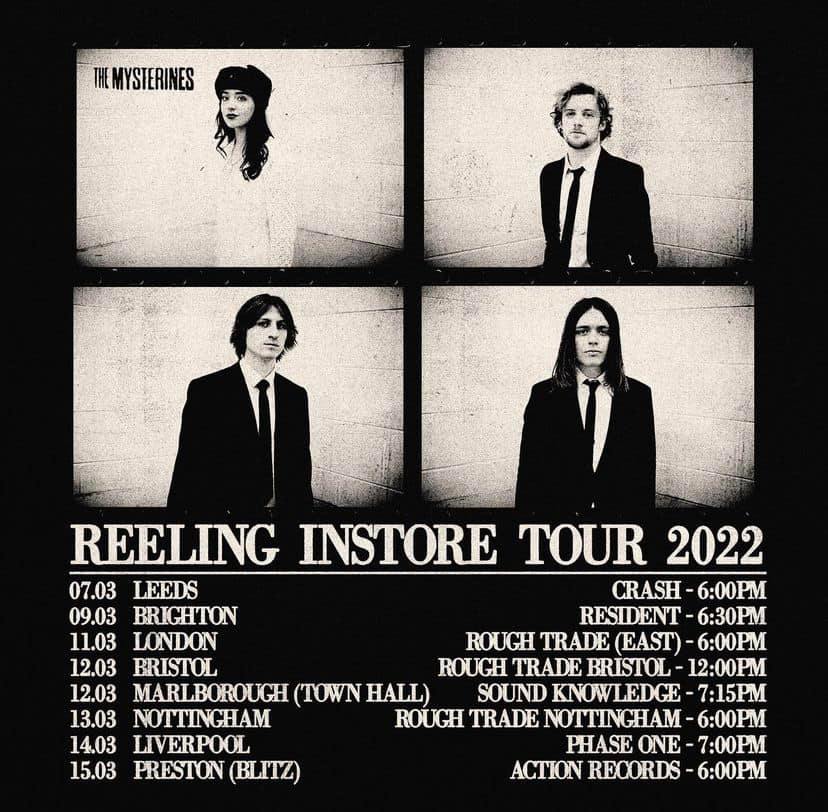 NME says: ‘Reeling’ is an album that sees them grab that title – but it doesn’t
sound like they ever had any other plan… On their electrifying debut album,
the Scousers make good on their promise of becoming the UK’s next rock heroes”
Full review here. Score: 4/5.

Turn Up The Volume: Holy Moses! Just like that this roll-over-Beethoven and
hello demons-crushing and grunge injected hullabaloo LP is an undisputable
contender for my end-of-the-year top 10 albums list.

Fronted by the utterly cool and in-your-face shouting Lia Metcalfe, the Mysterines
produce an overwhelming wall-of-dont-mess-with-us sound with Led Zeppelin‘s cast
iron explosiveness (Life’s A Bitch / Hung Up / In My Head / The Bad Thing) and with
Black Sabbath‘s paranoid drones (Reeling / Dangerous).

Metcalfe‘s stupendous voice rings like the spit-and-sneer outcries of former venom
vamp Courtney Love in my ears (Old friends/Die Hard) and has the goosebumps passion
of Porridge Radio ‘s Dana Margolin (Still Call You Home / Under Your Skin). No lullabies
about the birds and the bees, life’s a bitch, and The Mysterines like it so much.

Singles/clips: Hung Up / The Bad Thing / In My Head

All 55 Summer Bangers so far
collected here on Spotify…

.
See/hear you next week, music junkies…