1. The Rise and Fall of Ziggy Stardust and the Spiders from Mars by DAVID BOWIE

The photo for the LP’s front cover was taken by photographer Brian Ward and recoloured by illustrator Terry Pastor. Bowie, who was ill with flu went outside just as it started to rain. Not willing to go very far, he stood outside the home of furriers “K. West” at 23 Heddon Street.

The album notes credit Ringo Starr for the photo taken the same day that the drumming Beatle was filming T. Rex documentary Born to Boogie. But it was actually the LP’s famous producer Tony Visconti who toke the shots: “Marc handed me his motorized Nikon and asked me to fire off two rolls of black and white film while we were on the set as Ringo was busy all day with the docu. Marc apparently saw a photo credit opportunity for his good friend gave Ringo the credi. “

Island’s creative director Annie Sullivan: “I remember going to talk to Nick, and he just sat there, hunched up, and even though he didn’t speak, I knew the album was called Pink Moon, and I can’t remember how he conveyed it, whether he wrote it down … he wanted a pink moon. He couldn’t tell me what he wanted, but I had ‘pink moon’ to go on. We picked a piece of surrealist Dalí-esque art by Michael Trevithick. 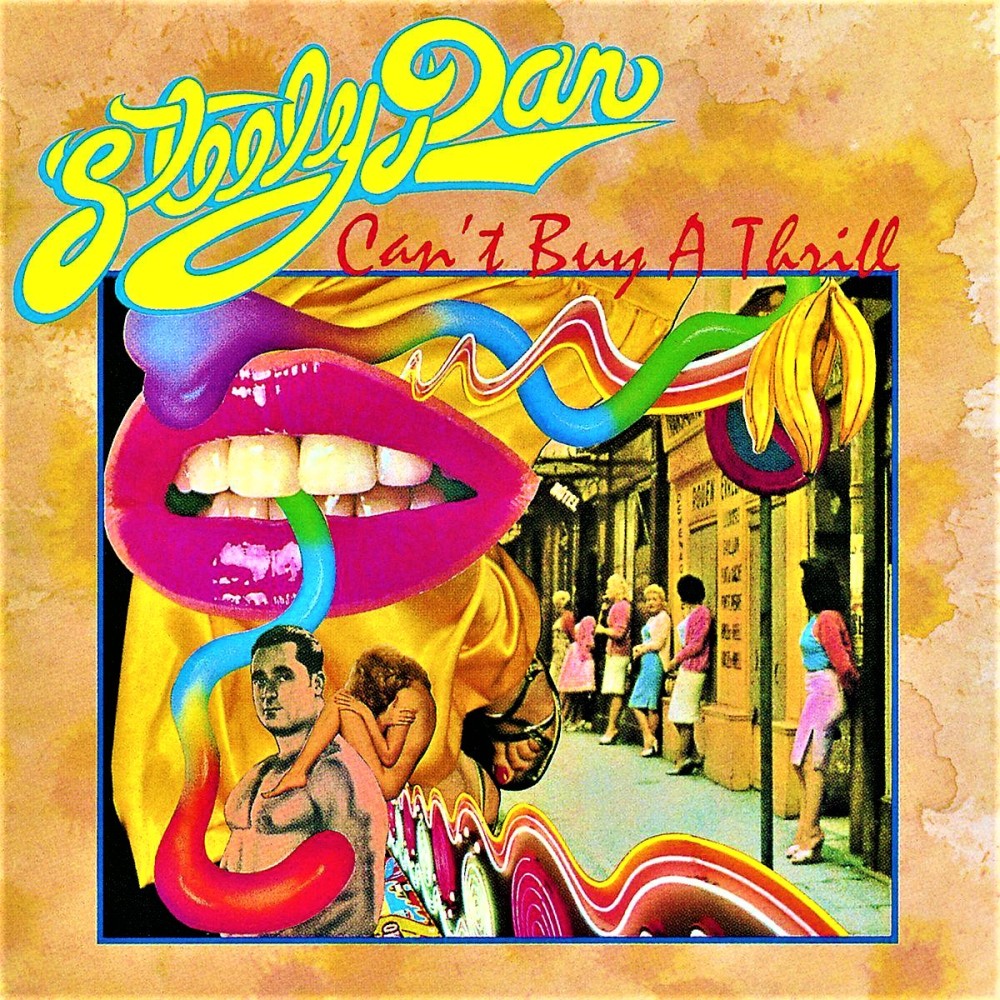 The artwork is a photo montage by Robert Lockart, featuring prostitutes, standing in
a red-light area from Rouen in France, chosen because of its relevance to the album
title. Walter Becker and Donald Fagen about the artwork: “That album possessed the
most hideous album cover of the seventies, bar none, except perhaps Can’t Buy a Thrill.” 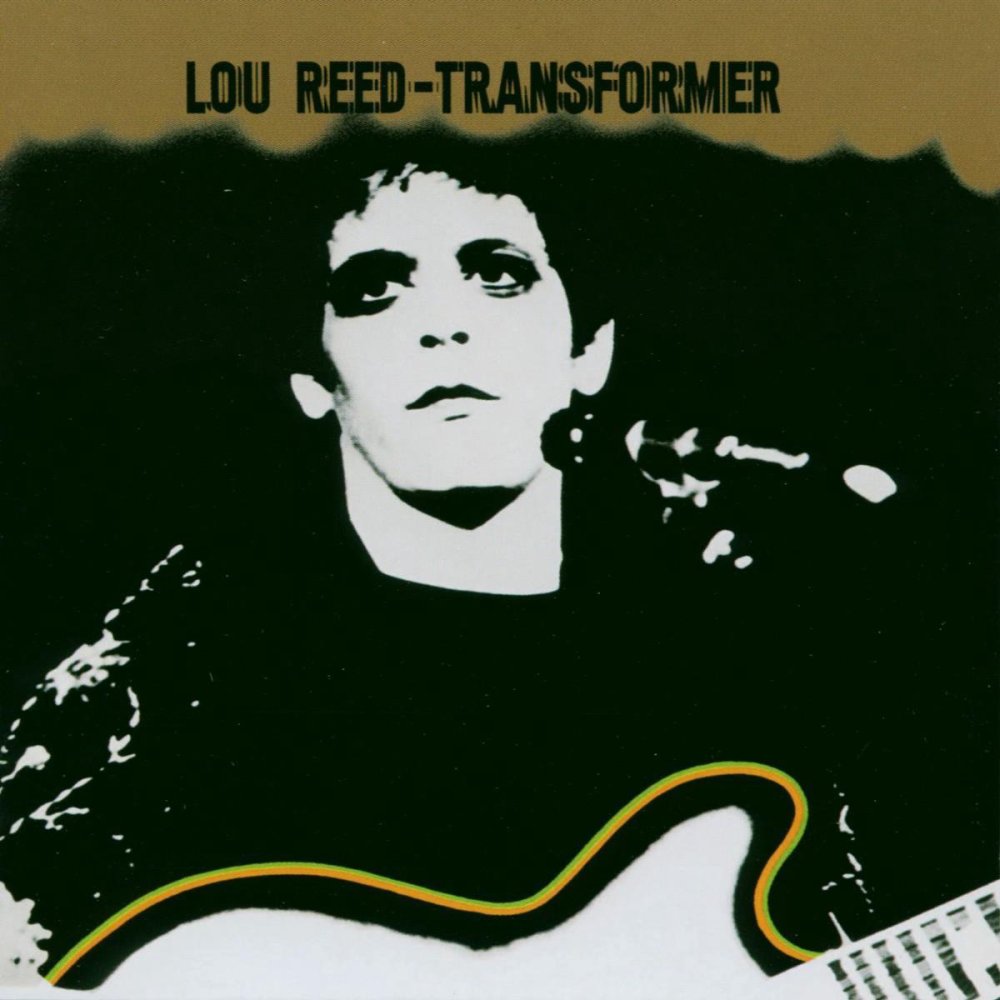 Legendary photographer Mick Rock: “When I showed Lou the contact sheets, he
zeroed in on the transformer shot. I made the print myself – as I usually did in those
days. The first test I made fell out of focus in the exposure. Lou loved the result. It took
me twelve attempts to reproduce this accident for the final larger print.”

7. Demons And Wizards by URIAH HEEP 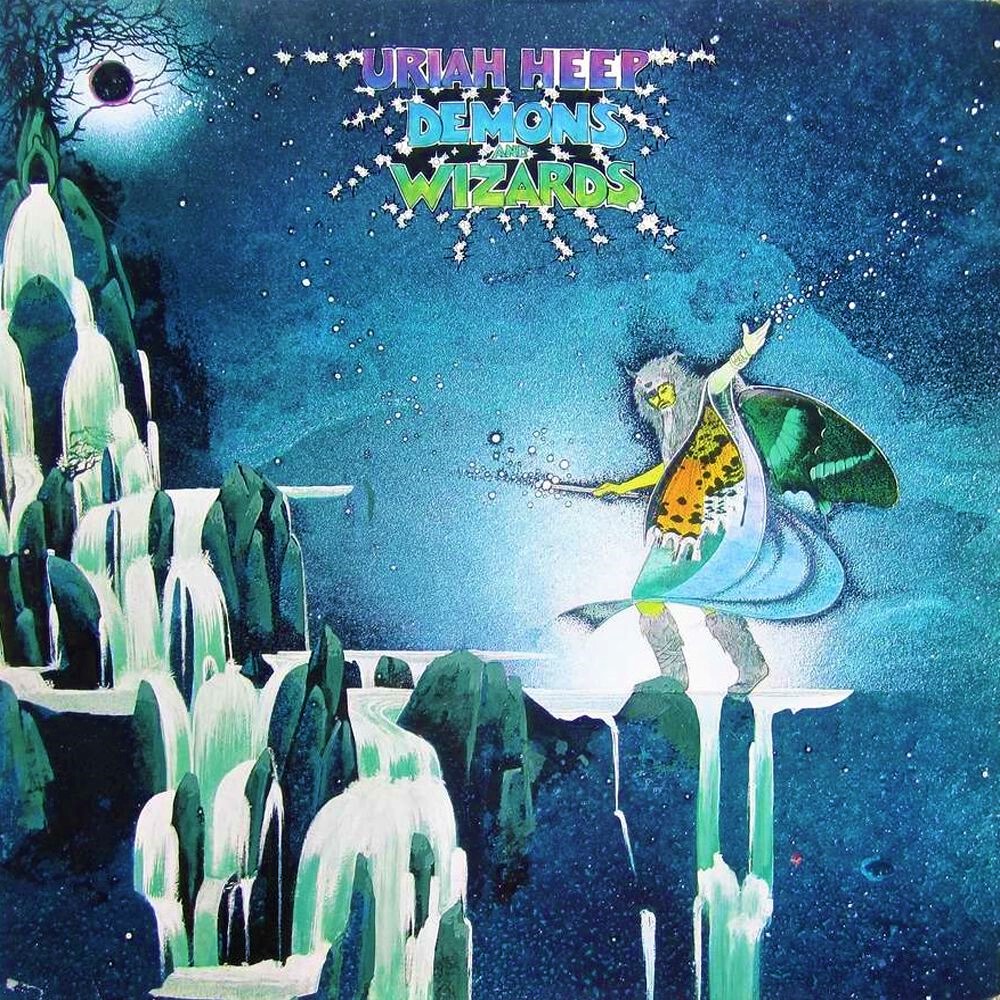 The artwork was designed by brilliant English artist Roger Dean
who designed almost all the LPs of prog rock titans YES.

8. The Grand Wazoo by FRANK ZAPPA 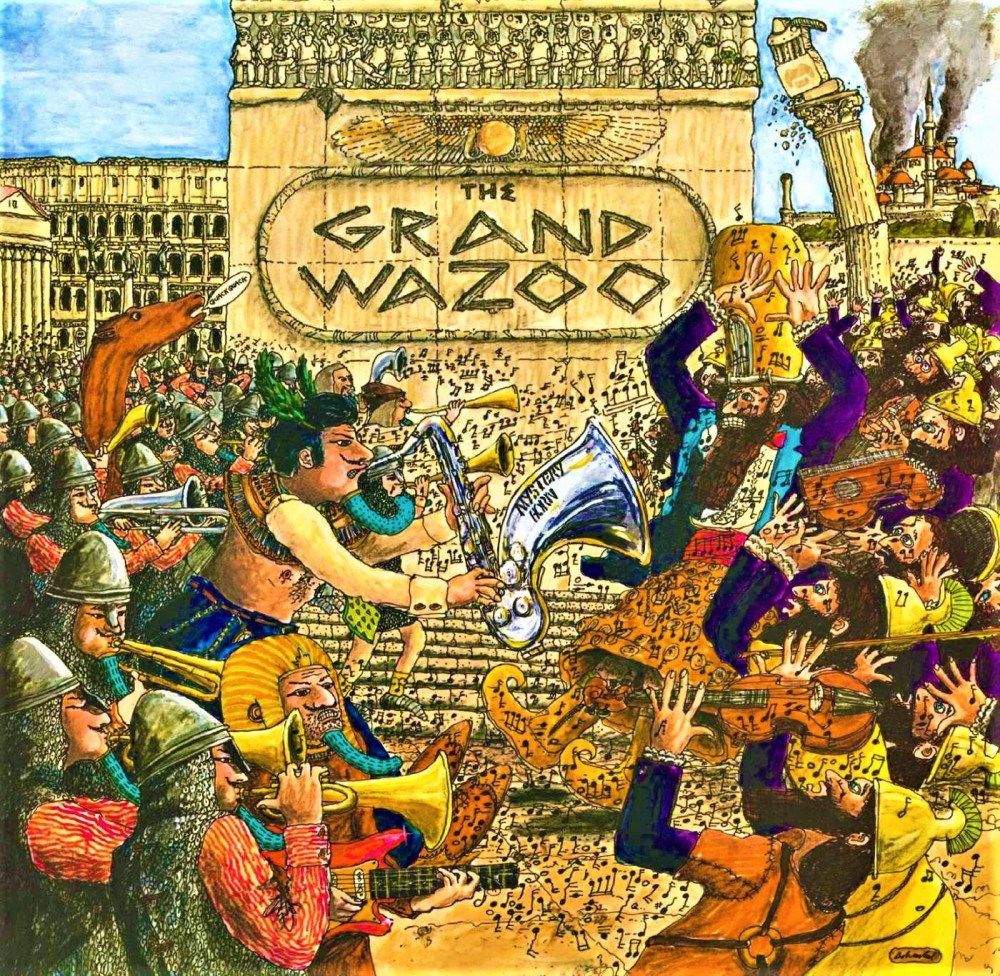 “This is the tale of our funky emperor Cleetus Awreetus-Awrightus and his dealings with war and a civic uprising concerning a faction consisting of individuals who don’t like music. As you can see from the cover, horns play a forward role on this record and with George Duke on keys the jazz element is prominent.”

9. All The Young Dudes by MOTT THE HOOPLE

The front cover image depicts the dudes. Young, well-dressed and full of energy.

The cover showed a live shot of the band in their
classic “heads down, no-nonsense boogie” mode.

Five of Turn Up the Volume‘s favorite LOU REED albums. 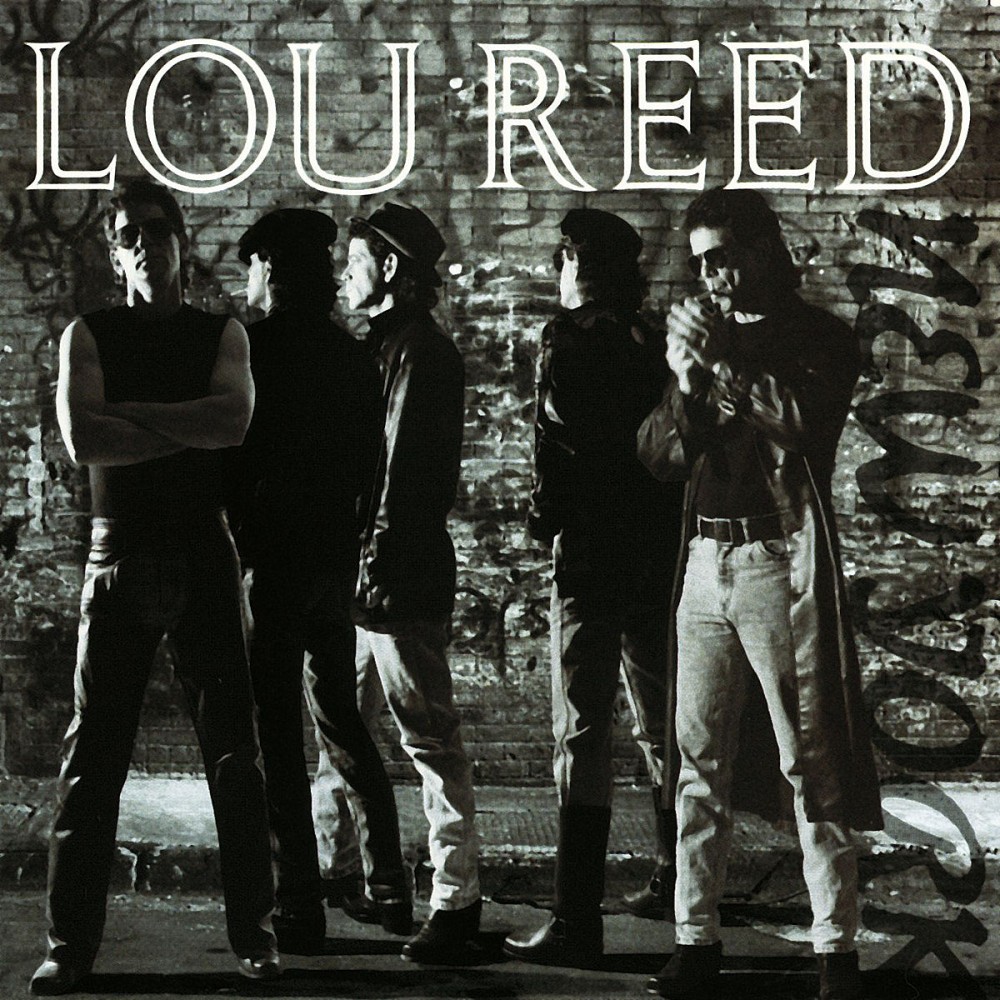 Just one of those rare, magical moments when two memorable artists come together
to cover a timeless classic of a legendary icon in an unforgettable, touching way. That’s what the gorgeous KIRSTY MACCOLL and Lemonheads troubadour EVAN DANDO did with PERFECT DAY, one of the highlights on LOU REED‘s 1972 album Transformer. They turned this reflective diamond into something really touching special. Dreamy, romantic and heartwarming. You actually can feel the wondrous sensation of a ‘perfect day’. And, yes, the fact that MacColl and Reed already left us for another universe colors this pearl exceptionally melancholic. I guess we should cherish every single day to come…

This cover was the closing track on Kirsty Maccoll‘s 1995 compilation LP, titled GALORE.

Going back in sonic history…

All Music wrote: “David Bowie has never been shy about acknowledging his influences,
and since the boho decadence and sexual ambiguity of the Velvet Underground’s music had a major impact on Bowie’s work, it was only fitting that as Ziggy Stardust mania was reaching its peak, Bowie would offer Lou Reed some much-needed help with his career, which was stuck in neutral after his first solo album came and went. Musically, Reed’s work didn’t have too much
in common with the sonic bombast of the glam scene, but at least it was a place where his eccentricities could find a comfortable home, and on ‘Transformer’ Bowie and his right-hand man, Mick Ronson, crafted a new sound for Reed that was better fitting (and more commercially astute) than the ambivalent tone of his first solo album. While Reed occasionally overplays his hand in writing stuff he figured the glam kids wanted (like “Make Up” and “I’m So Free”), “Perfect Day,” “Walk on the Wild Side,” and “New York Telephone Conversation” proved he could still write about the demimonde with both perception and respect.”

Turn Up The Volume! says: one of his very best ever, featuring three of his outstanding, timeless classics (below). Music for the midnight hour with a top bottle of red Bordeaux at hand…

Three top tracks: Walk On The Wild Side / Satellite Of Love / Perfect Day…

* WALK ON THE WILD SIDE – imperishable diamond…

The pearl in full… 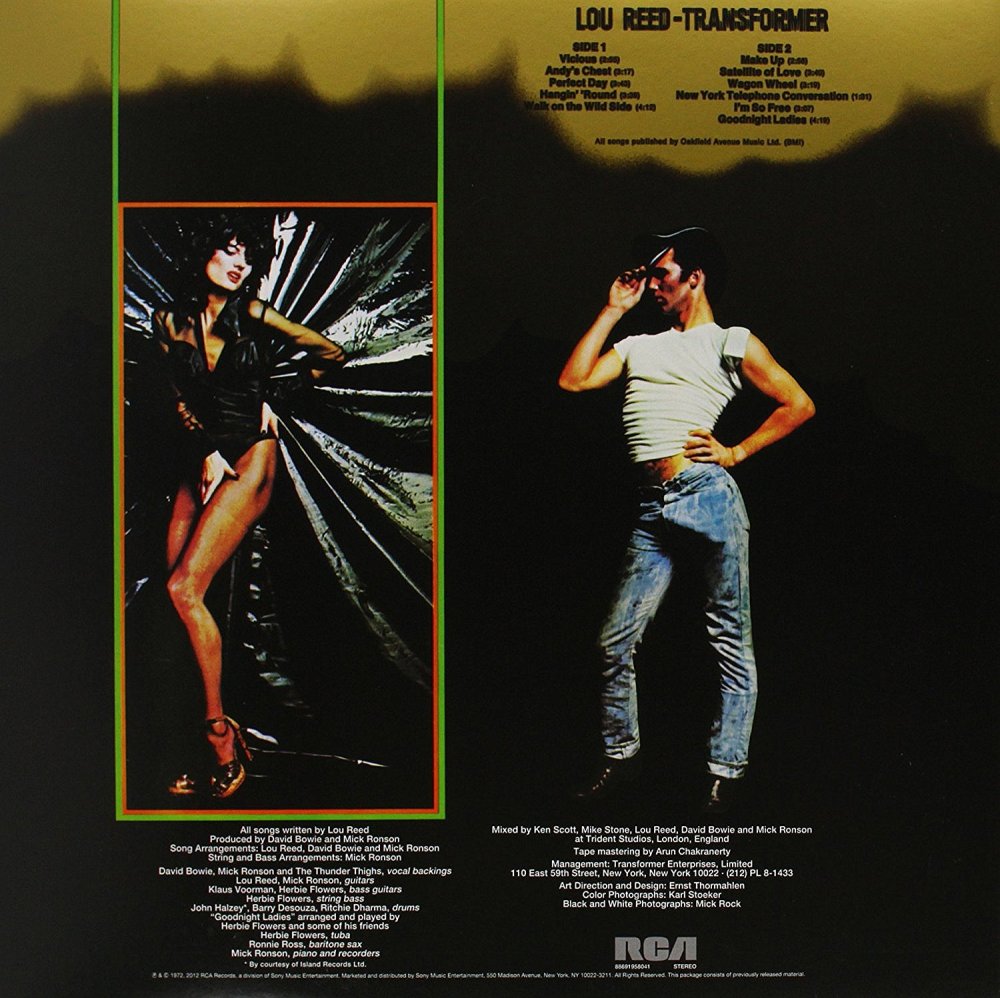