Living legend and one of my fav all time artists NICK CAVE and his band THE BAD SEEDS released their sixth album THE GOOD SON on 17 April 1990, 30 years ago. It was the first LP that showed a change in mood and songwriting overall as Cave started to make an art out of crooning, not in a smooth Frank Sinatra way, but more like a modern Leonard Cohen with a doomed voice.

Later Cave commented: “I guess The Good Son is some kind of reflection of the way I felt
early on in Brazil. I was quite happy there. I was in love and the first year or two was good. The problem I found was in order to survive you have to adopt their attitudes towards everything, which are kind of blinkered.”

Drowned In Sound wrote: “The Good Son is much, much more than Cave going soft. As a transitional album, there’s plenty here for fans of both Cave the lover and Cave the fighter.
And Cave the storyteller: still gloriously wild-eyed, yet with the grotesque excesses of yore replaced by a more humane perspective.” Full review here. Score 9/10. 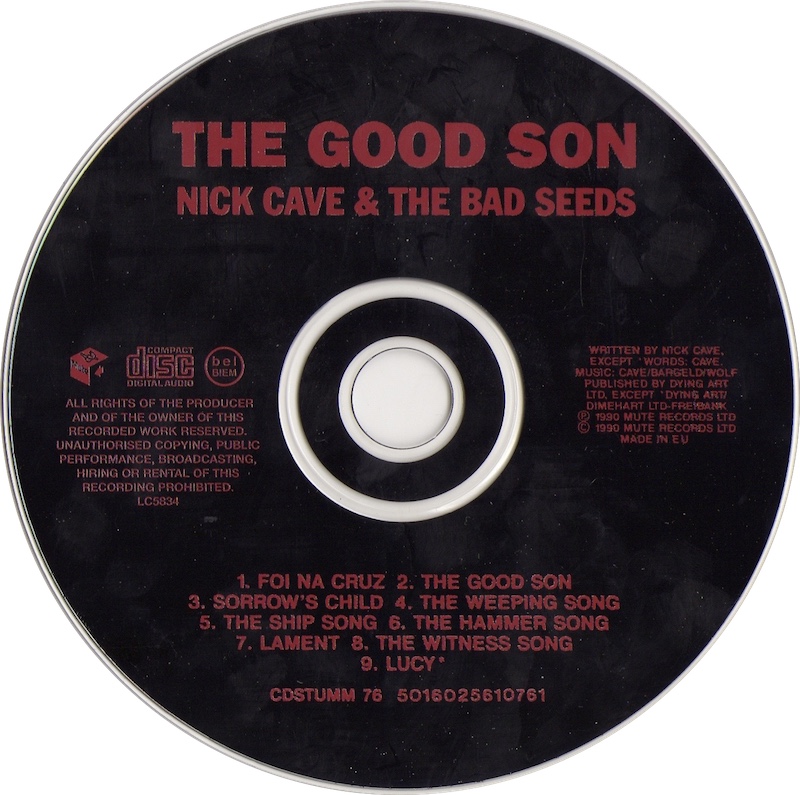