It’s a pleasure to have a chat with their frontman Mark Brusegard.

What triggered you guys to form a band and when/how did it happen?
“It happened very organically. Colin and I (Mark) were paired up for a French battle
of the bands in high school. We had the choice to perform covers or write our own material. We had never written a song before, but once we got started we found so
much joy and purpose in the process we decided to keep going with it. Later we met Graeme (guitar) through friends and found ourselves in a room with some instruments and started working on something and it clicked immediately.

We wrote a lot without ever really intending to perform, but some friends coaxed us into
it and we enjoyed it, though we were very raw. We were in the process of recording our first demo EP when the producer convinced us we likely wouldn’t go very far without drums and bass, so we sought out some people we knew that were good players. Mostly we wanted someone who would bring some energy and with Patrick Hansen we got that and then some. Not only was he a great bass player, but later became the driving force behind virtually all of our video content and most of our graphic design.”

What’s the story behind band name THE TREBLE?
“We were all pretty big fans of British football actually. Winning a Treble is something very rare, and almost unattainable. We felt much the same about writing a really good song. When we did our searches and learned there had never been a band called “The Treble” it felt like a bold and appropriate choice. If a band called Hoobastank can make it – why not The Treble?”

Which track would you play as an introduction to your
music to people who never heard of you?
“Probably “Fix OF You”. I think it has a lot of the darker more raw elements of our storytelling as well as a decent array of musical variety. We start most of our songwriting in a very stripped down unplugged way, before letting them become a bit bigger like the stuff you would hear on one of our records. It’s a pop-driven song, but it still feels like us.”

The new splendid album is called ‘RIVALS’. Who are your rivals?
“I think with this album we wanted to explore the concept of what rivalry truly is. The
idea that often in today’s day and age we are quick to paint people as rivals, whereas
we believe people have more that unites them than divides them. We found ourselves actually conflicting quite a bit during the making of this album, but as we reconciled we learned new things about each other and realized that certain things we may have vilified each other for in the past were a lot more complicated once you took a closer look.

Our goal with this album and its artwork was to encourage people to listen to each
other and make an effort to understand different experiences and points of view.”

The LP’s artwork is quite intriguing. What’s all the small text about?
“A little while ago we had asked fans to, anonymously, send us “texts they’d never sent”
to people with whom they didn’t see eye to eye. The responses were varied and we weren’t sure what to do with them. There was a lot of pent-up resentment, anger, and misunderstanding. We later had the idea to flip the question. We asked people to write
the texts they never received from those same people.

Overwhelmingly the responses were a mixture of “I love you” and “I’m sorry”. Once these started rolling in we knew they would have needed an important place. The idea that we all have so much we wish we could say to people, but all we really want to hear is love and forgiveness. The top section is the text you never set and the bottom is those you wished you’d got.”

THE TREBLE is a mighty VOCAL force. Is it what the band
has in mind when songs are written?
“The vocals/melody are definitely a big feature of our band, but its not anything we’ve ever given too much thought. We tend to write those first and add on to them rather than the other way around.”

The recent compilation clip for NO SECRETS (THERE FOR YOU) is a huge YouTube hit. Tell us more of ‘the making of…’
“Well, it’s a bit of a long story. Patrick had the idea while watching the video for Eye of the Tiger. I think the thought was that a lot of those videos had so many interesting technical elements, this kind of tribute style video would be really fun to put together. He clipped together with a selection of videos roughly timed to our song and it just looked like it would be so much fun to make. We started working on it pre-COVID and thankfully got most of the location work done before lockdown. After that, we used about 300 feet of paper green screen and hit a bunch of thrift stores before they closed and got to work.

We had to be creative in order to film everything with social distancing so each band member had their own little green screen set up and a list of instructions. It was a lot
of fun to dive into some of these rolls and also made us appreciate, even more so, how amazing the 80s were for their contribution to modern music, both visually, culturally and musically. Everything from the lighting to the outfits, to the dance moves. It really needs
to see it take off and get legs of its own after all of the work we put into it. It was also something so dramatically different than anything we’d ever done it was fun to work on something so light.”

The ‘SATURDAY NIGHT’ video gives us an idea of The Treble LIVE.
How does it feel in reality to be there on stage?
“We all grew up going to punk shows, so even though the tone of our music can sometimes be a little more mellow, we always bring a ton of energy to shows. I
think the Saturday night video gives a pretty good idea of what that feels like.”

Any rituals before going on stage?
“We put our hands in the middle and say “roast beef” no recollection as to why.”

Suppose you were asked to play a movie, that expresses your music visually,
on a big screen behind you while playing a gig which one would it be?
“Something dark but emotional. Maybe the 90s Ninja Turtles movie or like Jurassic Park?”

What does this surreal lockdown period does with an artist who
can’t play live and/or can’t record in a ‘normal’ studio?
“Lots of time to plan, write, and learn new skills. Thankfully we were so busy with our release for the first portion that we didn’t get too much time to fret about the lack of live shows.

Its definitely been a time to take inventory of what’s important. Family, friends, community. It’s also been nice to see the musical community doing lots of live streaming stuff to provide fans with a place to go during all of the boredom and uncertainty. We’ve done a few ourselves (myself) and they have been a very nice way to connect with people and provide a little joy/comfort.”

Which song would you really like to cover?
“We can never agree on these and I don’t know why. We like covering cheesy pop songs and everybody knows, the really obscure stuff that only we listen to. It’s a constant battle!”

If you got the chance to go back in time at whose door
would you knock and ask to have a selfie with?
“Sam Cooke.” 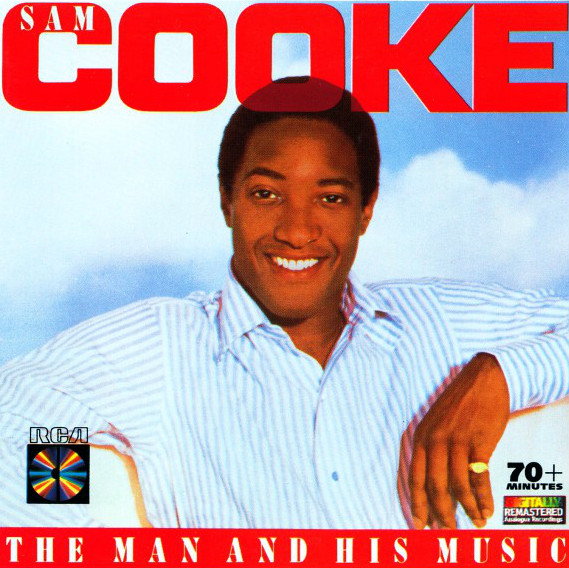 Number One artist on THE TREBLE’s list to go on a world tour with?
“David Bowie/Mick Jagger exclusively performing their cover of
“Dancing In The Street” with the video playing in the background.”

What’s the band’s ultimate ambition?
It would be great to be able to do this as a full-time job. Currently, it’s a labor of love, but it often feels like more love than labor. We love to write, we love to scheme and we love to tour. We’ve got to play hundreds of shows, big and small and I think we love them all the same. We want to keep making music that inspires people and makes them happy and continue to carve out this little niche we’ve created for ourselves.”

Thank you very much for the Q & A
May the road rise with THE TREBLE!