AllMusic/Bruce Eder: “On Yes’ first two albums, Yes (1969) and Time and a Word (1970),
the quintet was mostly searching for a sound on which they could build… Their third time out proved the charm, The Yes Album constituted a de facto second debut, introducing the sound that would carry them forward across the next decade or more. Gone are any covers of outside material, the group now working off of its own music from the ground up The Yes Album did what it had to do, outselling the group’s first two long-players and making the group an established presence in America where, for the first time, they began getting regular exposure on FM radio.” Score: 4/5.

Turn Up The Volume: Best prog-rock band ever to my ears. Why?
Brilliant musicians, sound-exploring albums and Jon Anderson‘s
heavenly voice.

Key tracks: Yours Is No Disgrace / I’ve Seen All Good People

– YOURS IS NO DISGRACE – 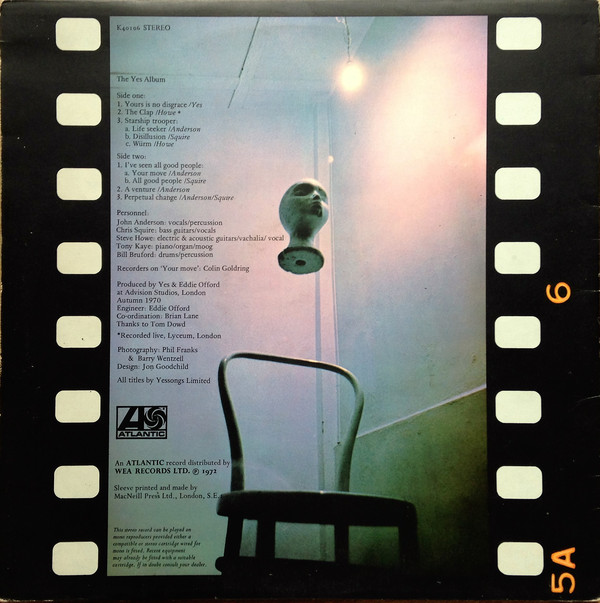