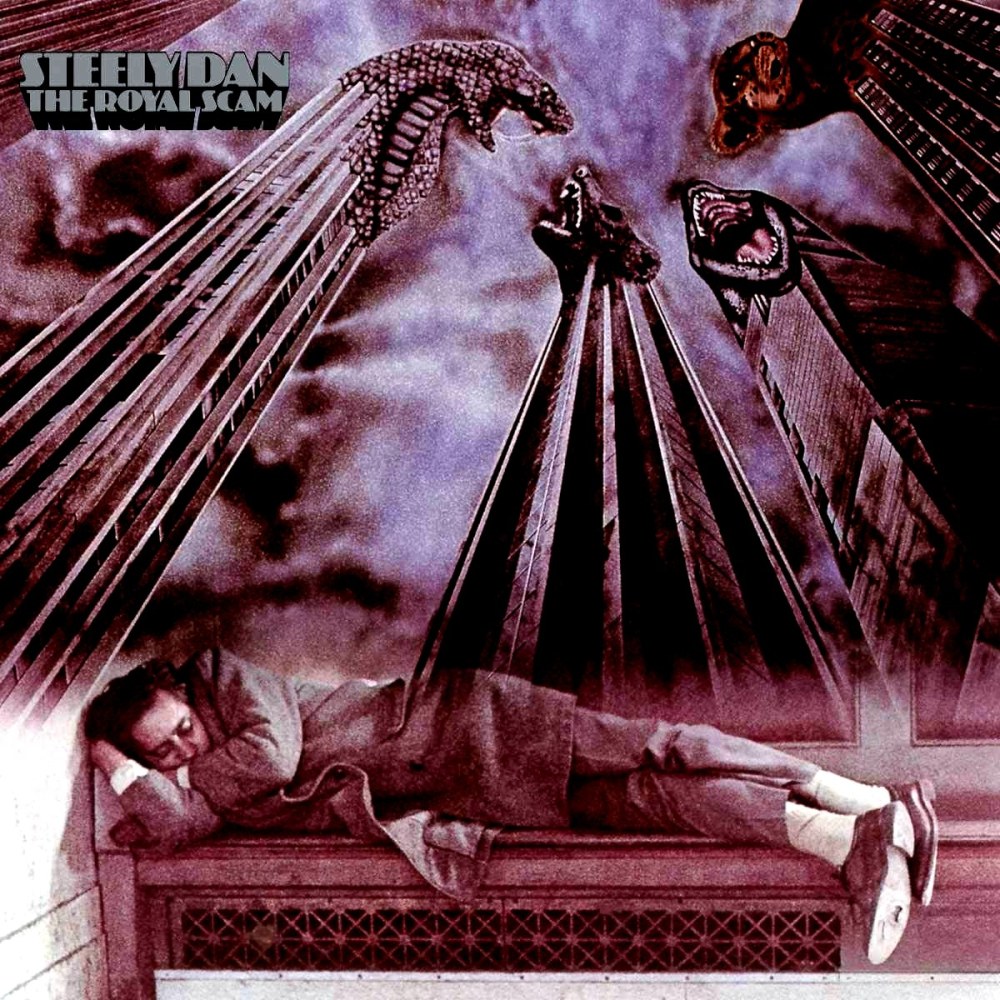 Artwork: The cover was created from a painting by American
painter Larry Zox and a photograph by Charlie Ganse, and was
originally made for Van Morrison‘s unreleased 1975 LP, Mechanical
Bliss, the concept being a satire of the American Dream.

AllMusic: The Royal Scam is the first Steely Dan record that
doesn’t exhibit significant musical progress from its predecessor?
not only are the lyrics bitter and snide, but the music is terse, broken,
and weary… The best songs on The Royal Scam, like the sneering “Kid
Charlemagne” and “Sign in Stranger,” rank as genuine Steely Dan
classics. Score: 4.5/5.

Turn Up The Volume: Sounds like the Eagles produced
this electrical and orchestral Motown soul LP. Music for
a cozy night at home. 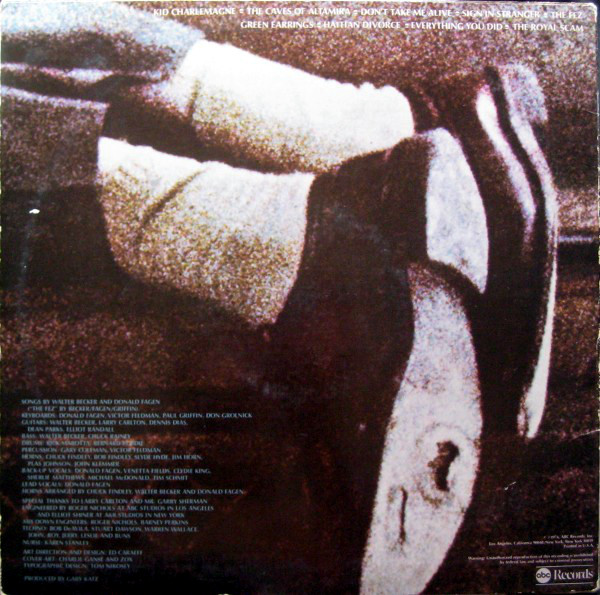