SOMEBODY’S HERO NOBODY’S SOLDIER is a multi-layered melting pot of drum & bass, acid house, hip-hop and R & B. A multi-voiced mishmash of raps, rants and chants. This united Manc team brings the multi-colored spirit of The Specials, the razor blade passion
of Public Enemy and the 24-hour party addiction of Happy Mondays to mind.

They celebrate all things good in life, they protest against all things bad in life. They sing, spit and sneer about love and hate, (in)tolerance and (in)justice, equality and solidarity,
life and death. Moodchester is the new Madchester. 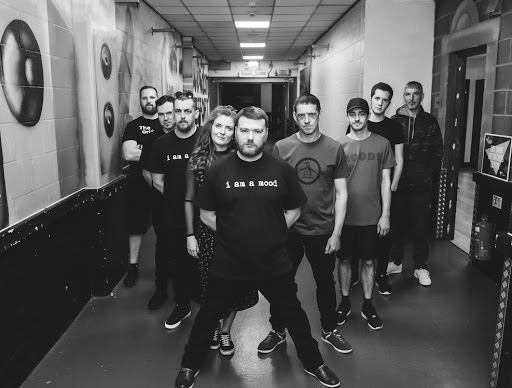 Tons of reasons to learn about the stories/anecdotes behind
each and every track. The team’s coach and bass player Dave
O’Rourke is our guide.

“This song came about as surprise, we had originally wrote the verse nobody’s soldier nobody’s hero, for the last track, then we brought the song to be produced by David Hindley (JSD) and he heard two different tracks in the song we wrote, it was then we wrote the new track for this song to be the Ying and Yang of the opening track and the closing track of the album, and that gave us the idea, for the album artwork.”

2. FAULT IN OUR STARS

“This is a big drum and bass track, with lyrics that look at the rise of fame and subsequent fall from grace that can happen on social media, one minute everyone loves you then it all goes wrong, Life should not be defined by likes on a picture or a post.”

3. THE RISE AND FALL OF AMERICA

“We had the hook for this wrote a few years ago, it was supposed to be a commentary
on the crazy gun laws over in the USofA. We had a tongue-in-cheek rewrite of some of
the American national anthem and poked a stick at some me of the amendments in the constitution.

We are sure the right to bear arms was written for people with muskets, not crazy people with semi-automatic weapons, then when Trump turned up and divided the country, even more, we had to put this one on the album.”

“This is just a fun track where we reminisced about our youth. Remembering when all we needed, was enough to party at the weekend and we needed no time to recover before we did it all again.

The track is an old skool garage-type song with great energy that will get you bouncing around, however long ago it was you were in school.”

“The working title for this song was Grime violin. Having such a talented violin player
in the band as our Alice, we wanted to bring that sound to the forefront of our music,
its a mash-up of a grime tempo verse and a dubstep tempo chorus on paper its sounds like it wouldn’t work but when we put them both together in the studio it was magic.”

The energy you get from the verses is immense live combining fast lyrics and a high energy backbeat the crowd can’t help but dance along then your hit with a melodic dubstep hook that just sticks in your head definitely best heard live. 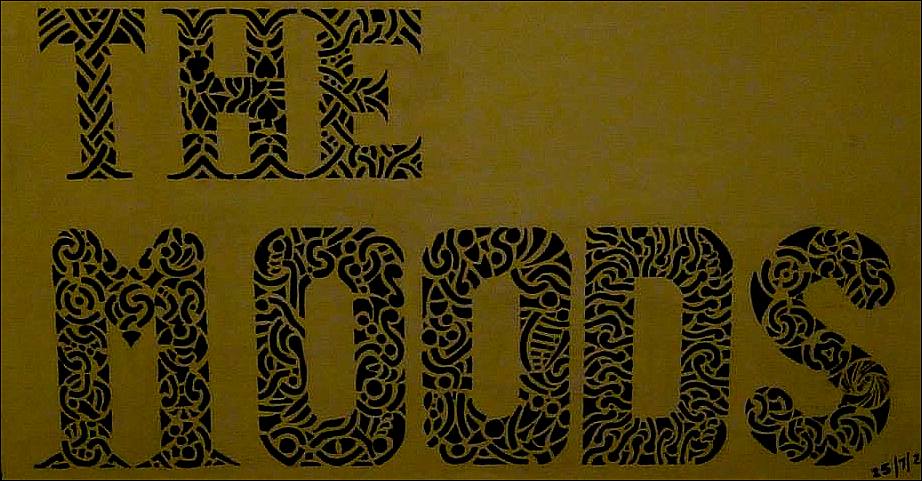 “This is another track produced by JSD

It was probably the first track that we wrote specifically for this album, we had it in the locker for a little while, when it was chosen to be the British teams anthem for the 2019 taekwondo world championships

That was held in Manchester, it was the first time the event had ever been held in Europe, and we got to play it live at the closing ceremony in the Manchester Arena to thousands of people, a night we will never forget.”

“Lyrically this was our hardest challenge.

We keep seeing stories of angry mobs who feel they have no recourse to the law,
so the only answer they have is to burn down their own communities.

We wanted to make people see another way of revolution, everybody has a choice
when it comes to the products they buy and what companies they subscribe to.

We all hold a little power and if we think about it we can all make small changes to our lives for the betterment of society, governments are not there to rule us, they are there
to work for us.”

“Another fun track. Because even though we tackle some weighty issues on
this album, you just have to stop and take time out to count your blessings.

We was lucky enough to get Lissa Chen from Yoko Pwno to add her brilliant vocal talent
to this one, Yoko Pwno are one of the best live bands we have played with on any of our recent tours, so it was also great to get the lads to add something to the video, filmed in Edinburgh and Manchester during the lockdown.”

“The bravest thing that I’ve ever done, was to carry on when it all went wrong”

This is a look at the highs and lows we all experience in life, and how your
greatest highs can come from pulling yourself out of a hole.

It’s never over until they put you in the ground, so keep pushing for your
dreams to become reality.”

“This song came about when we heard the story of the Vietnamese immigrants
found frozen in the back of a truck in the UK.

There seems to be a program of stopping immigrants from entering first-world countries at the borders, rather than addressing the problems of why they leave their homes in the first place, Which are mostly caused by first-world countries invading lands and stealing all the economic riches from the third world.”

“When we released our 2017 album Missing Peace, a friend of ours Paul (siddy) Sidwell, informed us that Scorzayzee was a fan of our music, so we thought we would be cheeky and ask him to do a collaboration with us, he was straight on it and told us he had an idea for Instagram influenza.

We sent him over a few tracks we had and he picked this tune to put his flow over, and it was a brilliant piece of modern and futuristic writing, then our John and Kolega added their verses to come up with the track you hear today. One of our favourite writing experiences to have such a legend as Scorzayzee in our studio.”

“This takes us back to the beginning. It’s a hard-hitting anti-knife crime track,
which is the Yang to the Ying of somebody’s Hero

If you listen carefully you can get the way the two choruses combine to make
the album a whole, we wish we did not have to write tracks like this, but if we
see a problem in our times we will always have the courage to address such
issues because we are the moods.”

Thank you very much for being our guide, Dave.
May the road rise with The Moods.