Anniversary Album: A KISS IN THE DREAMHOUSE – fifth LP
Released: 5 November 1982 – 40 years ago

NME wrote: ” ‘A Kiss in the Dreamhouse’ is a feat of imagination scarcely ever recorded. It’s breathtaking. Somehow, a bold assurance of intention has met with a hunger for experimenting with sound to expand an already formidable group of songs into pure, open-minded ambiguity. The flesh of the song will balloon out or contort into unimaginable patterns, indecipherable echoes volley between the walls of the recording, glassy, splintered tones pierce the luxuriant sheen of the mix. Repeated listens trick the sense of balance; tremendous risks are taken.” 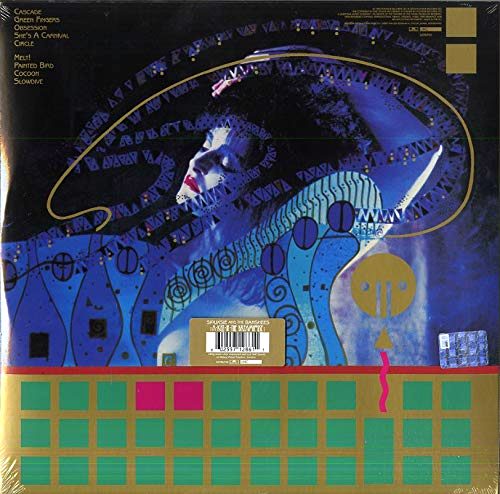 Turn Up The Volume!: their most mystifying and compelling album ever to
my fan ears. Siouxsie became the superior queen of gothic grandeur and went
with the fabulous Banshees (including the late, great guitarist John McGeoch) on
a mind-boggling crusade.