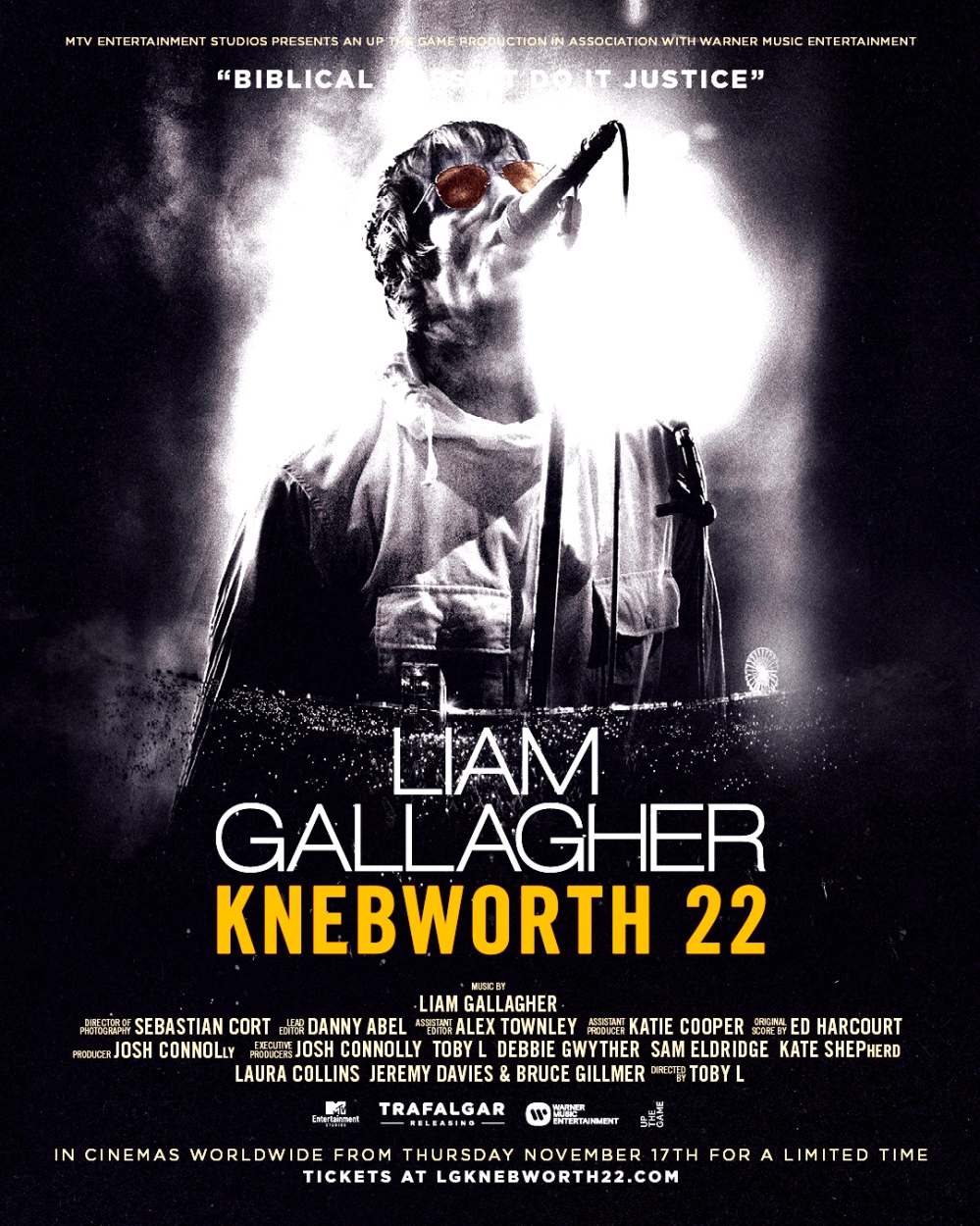 Liam Gallagher: “I’m still in shock that I got to play Knebworth 2 nights, 26 years after I played it with Oasis. I’m still trying to get my head around it. To have played to multiple generations at the same venue so many years apart was beyond Biblical. I’m so glad that we documented it. Knebworth for me was and always will be a celebration of the fans as well as the music. Enjoy the film and let’s do it again in another 26 years.”

A new documentary based around the huge shows named KNEBWORTH 2022,
will come to select UK cinemas for a limited time from November 17 on, with a
full streaming release on Paramount+ later this year. More info here.

As expected Liam Gallagher added a second date for his massive concert
at Knebworth Park next year. So about a total of 250.000 people will attend.

Oasis played two massive gigs at the legendary Knebworth Park
(historic concerts in the 70s by The Stones, Pink Floyd, Led Zeppelin)
25 years ago (August 10/11, 1996). No less than 250.000 people (double
as many wanted tickets too) saw them play over the weekend. Next year
Liam Gallagher will do it all over, solo.

On 4 June 2022 the mad for it rock ‘n’ roll star will be everybody’s wonderwall.

He announced the show (I’m sure a second one will be added) as follows: “I’m
absolutely buzzing to announce that on 4th June 2022 I’ll be playing Knebworth. It’s
gonna be biblical.”