Sickly sticking stunner I SAW. is the first taster.
I added this spicy scream-along earworm to
my best-tracks-of-2022 list.

Finally back on track. James Murphy and his musical vehicle LCD SOUNDSYSTEM
are part of the soundtrack of the movie White Noise based on the 1985 novel by
American author Don DeLillo.

LCD Soundsytem still sounds like LC Soundsystem. New track NEW BODY RHUMBA
has that familiar hypnotic and groovy speed-up rhythm propelled by a steady bass riff, guitars popping up now and then and Murphy singing with his characteristic, nervous voice. 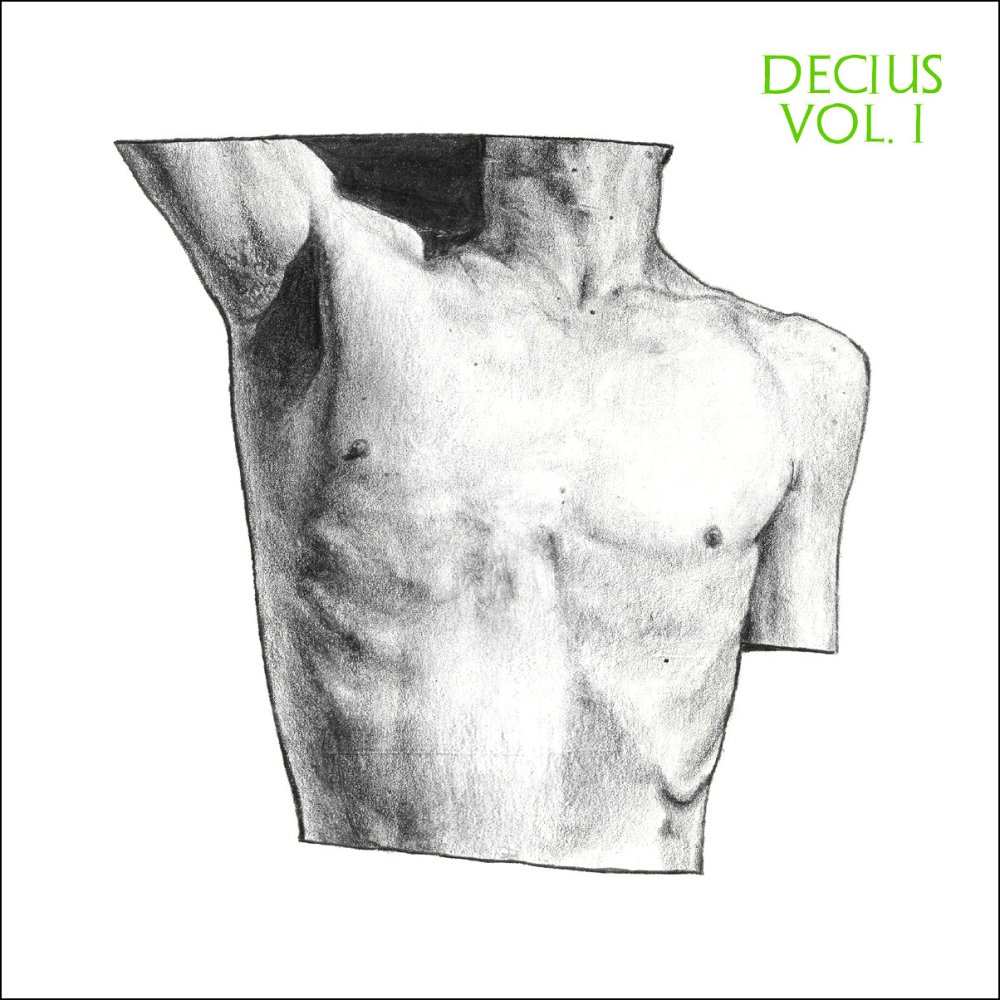 Band: DECIUS (UK)
Who: Members of Trashmouth Records, Fat White Family (frontman Lias Saoudi)
& Paranoid London finding themselves climbing out of a hole together at a disco
after hours.

Single: SHOW ME NO TEARS

Put up your make-up and shake
your booty to the techno beat.

Hammering brainbreaker THE DARK ROOM is one
of the many highlights on Turn Up The Volume‘s album
of the month.

Band: GLYTSH
Who: 2 seasoned female musicians from the London music scene.
They mix their love for metal music with their passion for dark and
haunting sonic soundscapes and visuals. 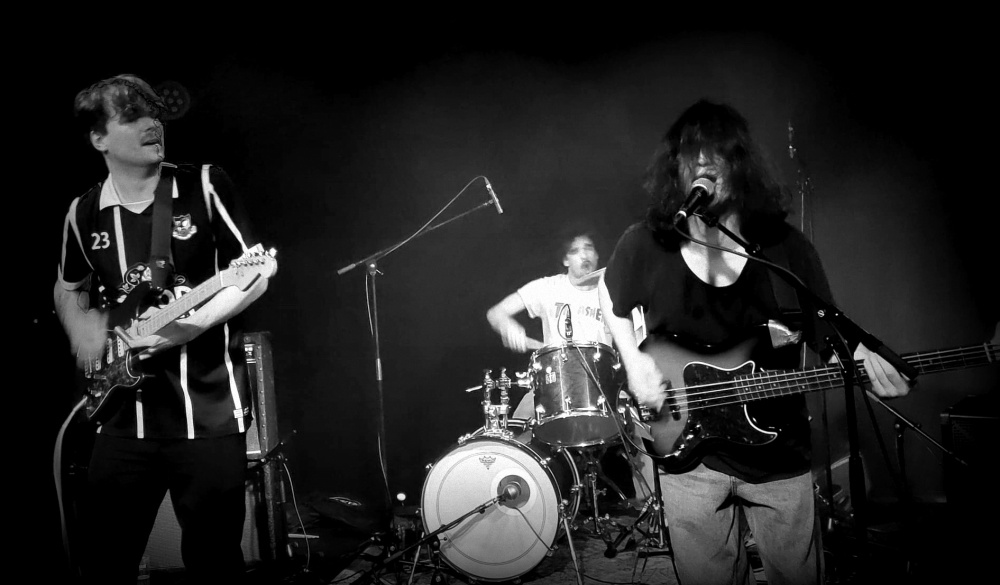 I heard and watched this British post-hardcore bulldozer play
in Antwerp, Belgium recently. They blew my mind and turned
me into an instant fan. What a find.

Band: RED LAMA
Who: Formed by five friends from Svendborg, Denmark in 2011. Since then, the sextet has been refining their unique take on psych rock, music for the inner journey, carried forward by melody, groove and soundscapes exploding in grand crescendos.

Single: CHAOS IS THE PLAN
Third shared track from the upcoming new
album – their 3rd – Memory Terrain, landing
on 4 November. 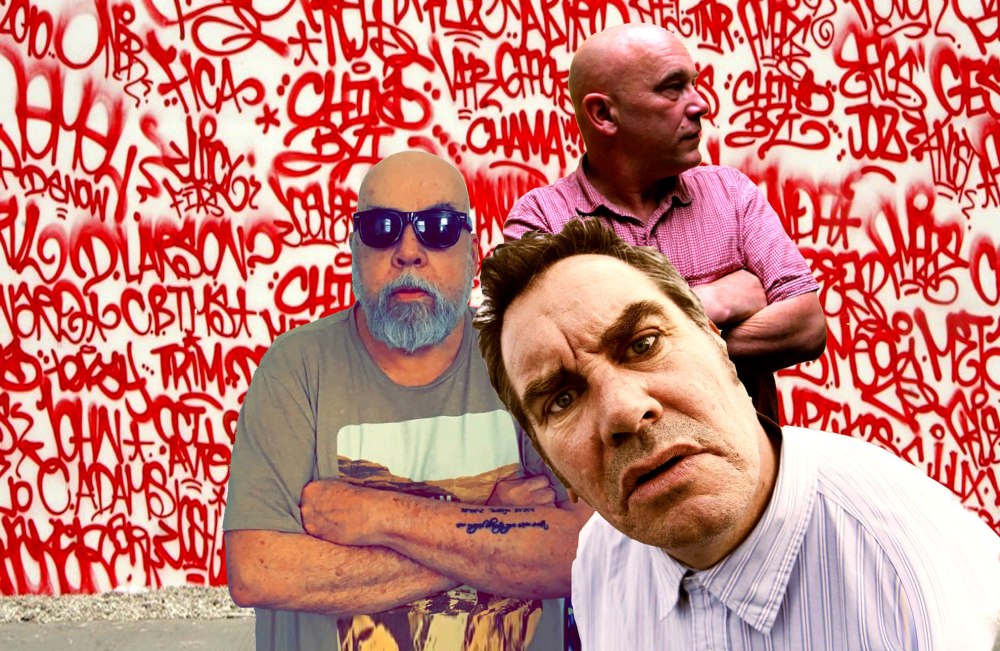 Band: THE PULL OF AUTUMN
Who: The art-rock collective of Rhode Island musician Daniel Darrow,
from 80s post-punk group Johanna’s House Of Glamour. working
constantly with other notable artists

New album – the 4th – Beautiful Broken World is a 15-track
undertaking that involves a number of experienced musicians.
It arrives on 18 November. Pre-order info here

It’s a beautiful swing-and-sway activator
for a broken world, as we know it. 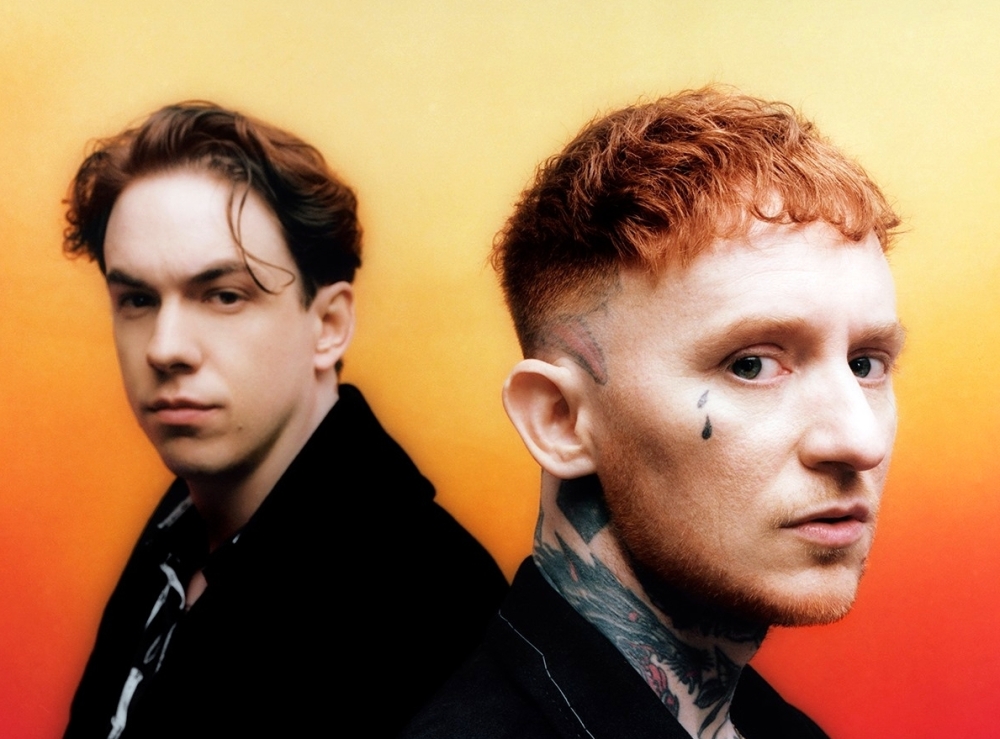 For new single THE DRUGS Carter invited his friend Jamie T to the studio.

TUTV: This funky hip-hop uplift does what great hip-hop vibes do. Having
a prompt impact on your hips’ movements that in turn activate your whole
body’s spryness. Think of rap hero Roots Manuva‘s flamboyant flow.

SALE is for sale, go get it.

Single: SUMMER IN THE CITY
“A song that explores the highs and lows and stories of life in the city. From feeling like you’re winning in life, to turning a corner to tensions and violence, to dating app cringeworthy dating experiences and the death of David Bowie. It is a playful song that highlights our fickle nature and our scrolling boredom obsession.” 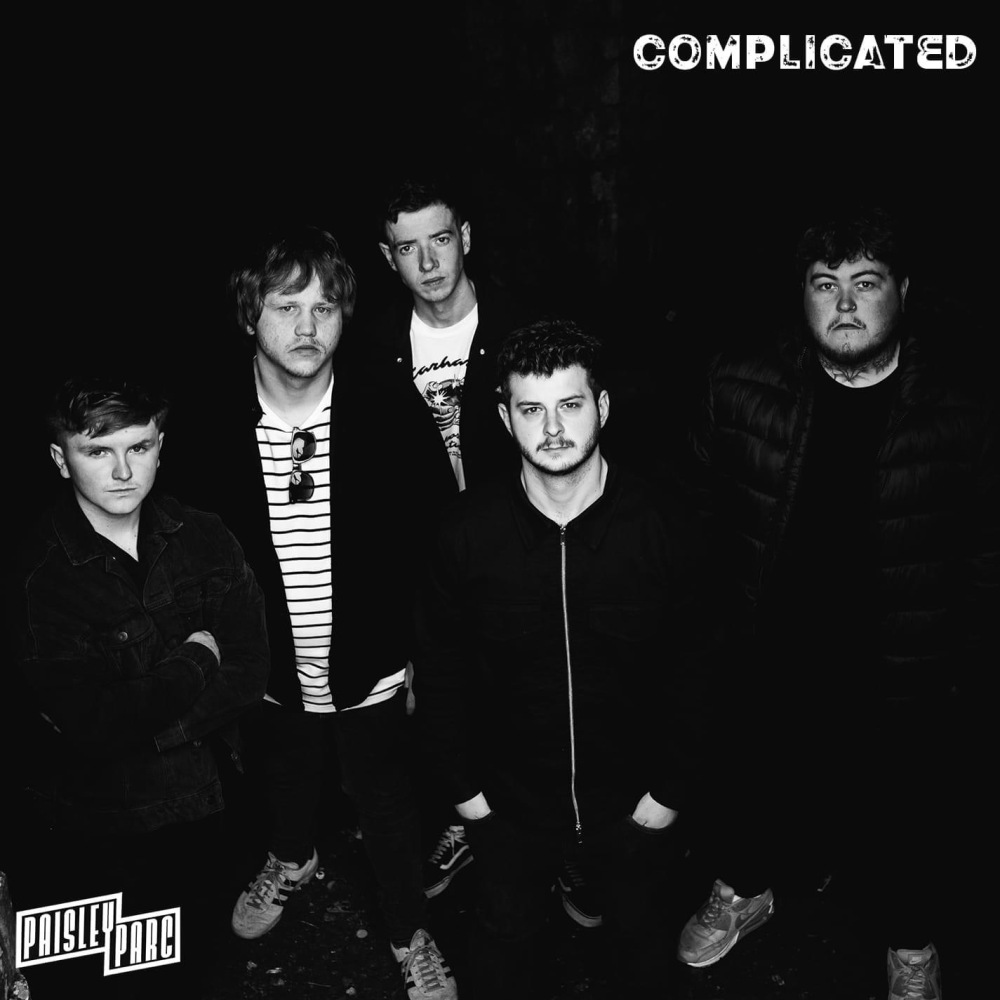 “The song captures the frustrations of people across the globe as we all try to make
sense of our new emerging world following the pandemic and the economic mayhem
it has created.”

This Welsh turbo bring their celebrated countrymen Stereophonics to mind here, but
with three guitarists, a John Bonham drummer and a red-hot-blooded vocalist who’s alarming voice fits the confusing times we live in. Wowzers!

“Don’t call the doctor he won’t save you tonight”

Their new album Cool It Down – first in 9 years – is out now.
The title is taken from the Velvet Underground song of the same name
from their 1970 LP Loaded.

Band: BLACK NITE CRASH
Who: A psych collective started by Jim Biggs (vocals, guitar) twenty years ago
in Seattle Washington. The band had more than 30 members over the years.

They just released a new full length, baptized Washed In The Sound
Of Black Nite Crash, the band’s fifth. A must hear psychedelic journey.

Opener THE TAKE sets the tone for the full remarkable longplayer.
Influences by masters of the genre such as jangly hero Anton Newcombe
and his Brianjones Town Massacre gang, The Black Angels, and Heart
are all around. 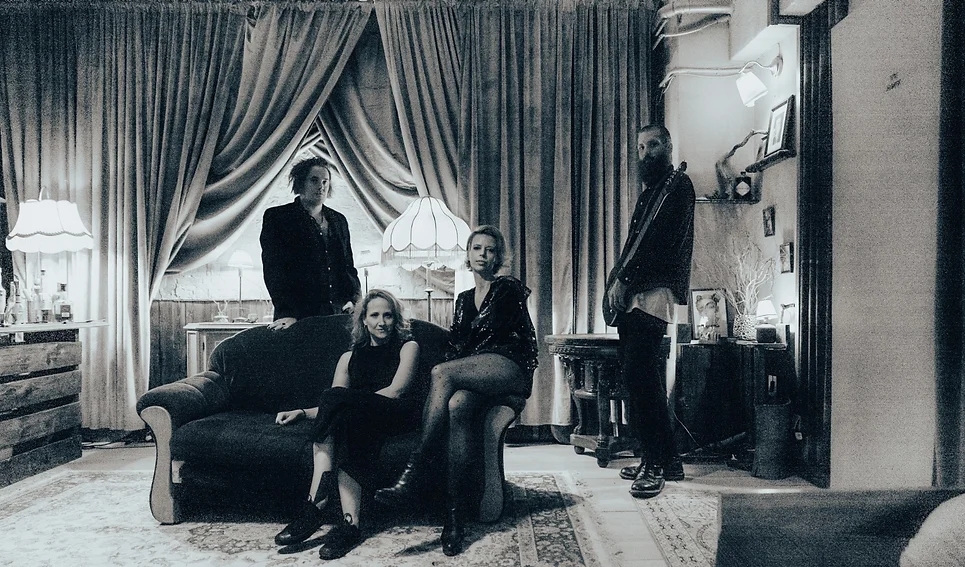 KAT KOAN is a Berlin-based artist with a passion for expressing intense emotions through music and visuals. With her Belgian musical partner Raymond Rose she canned her second album Coccoon and released it on 7 October.

A sonically versatile and compelling record with Koan speaking and singing
her mind and her heart out. Think Garbage‘s charismatic lady Shirly Manson.

One of my fav tracks is this moody pearl titled STAY
featuring Freddie Dickson and her band The Lost Souls.

Single: SAY WHAT IT MEANS
From their new self-titled debut EP.

The jangly guitars and the glossy resonance of R.E.M. and Teenage Fanclub are obvious,
but my ears also detect the slacker rock mood of Dinosaur Jr. ‘Say What It Means’ is an
ideal post-summer musing for grey Autumn days for confused and vulnerable souls. 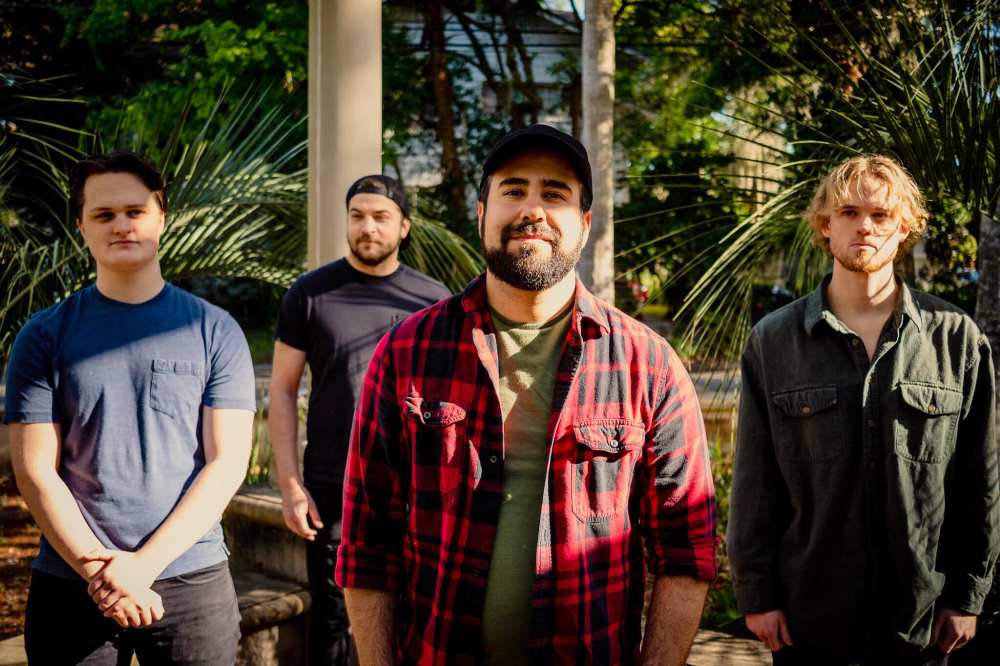 Band: MIKE & THE NERVE
Who: A Florida-based folk punk band.

Mike Llerena (vocalist/songwriter) “This song is our love letter to The Fest, a punk rock festival held in Gainesville every year during Halloween weekend. I’ve attended, volunteered, and/or played at Fest almost every year for the past decade and I’ve made a lot of great friendships and memories because of it.”

Melancholia on Halloween? Why not? When it sounds moony, warm
and romantic as Christmas In October does I’m all ears. So should you.

No retirement for 80-year-old JOHN CALE.

The Welsh icon will release his 17th solo longplayer, titled Mercy
on 20 January 2023 via Double Six/Domino.

Single NIGHT CRAWLING was written with David Bowie in mind when
both had fun in New York City in the 70s. It’s a synth-trippy and chilling
reflection.

Band: MODERN STARS
Who: Spacey shoegazers from Italy. Their work is loaded with stringed
and electronic sounds laid down through a multilayering approach that
has more in common with Indian traditional music and Techno, 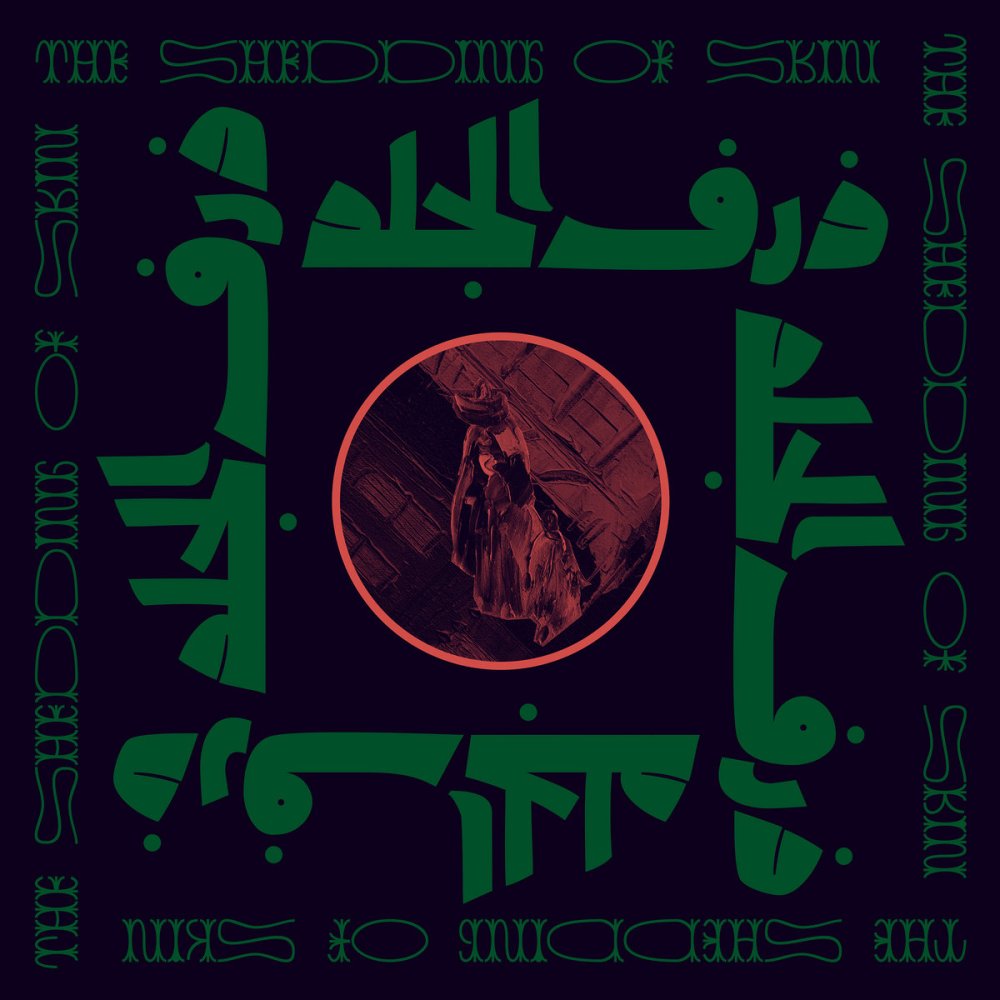 Band: USE KNIFE
Who: Started as a Belgian duo – Stef Heeren and Kwinten Mordijck – born out of the mutual love for analog and modular electronic machinery. They explore and express hallucinatory freethinking visions to contemporary living. Iraqi artist Saif Al-Qaissy recently joined the duo, making a trio now.

Track: TO FEED THE GENTRY

New rad indie cuts to recharge your batteries with, weekly

Band: MAUGER
Who: A Belgian singer-songwriter called Mauger Mortier who wrote songs just for himself recorded them on old cassettes, and kept them safe in a box. A trip to Costa Rica, a music studio with jungle view and some lucky shots later, and suddenly a band was shaped and led to their debut album Sunday Competiton in 2019, followed by their 2nd one, the new excellent Shiny. Stream here.

“Fall always comes. It gets cold and wet and everything dies. But there’s one last furious burst of colour as the trees go bare. We might not have any control over how things change or how fast they change, but sometimes we can still appreciate the beauty.”

Nr 79 has that jangly guitar resonance of The Velvet Underground‘s hypnotic Run Run Run jam. Expect an ongoing Krautrock-like magnetic flow that gets under your skin from the kick-off while the vocals give this swinger an extra feel of 70s underground psychedelia that sounds as fresh as back then.

Band: MODERN STARS
Who: Spacey shoegazers from Italy. Their work is loaded with stringed
and electronic sounds, laid down through a multilayering approach that
has more in common with Indian traditional music and Techno,

The new single from the trio’s upcoming third
album, named Space Trips For The Masses

“Space Trip For The Masses’ is inspired by the recent hype around space tourism projects.
It deals with the theme of inner search for happiness through the story of an amateur astronaut, who sets off towards the sun without returning home. The songs revolve around spiralling drones, evolving from electronic patterns, humming of sitars, noises from the immediate surroundings like the buzzing of a fridge, and guitar layers with unusual tunings. It
is an inverse and deconstructional composition process, where drones become the canvas as the band discover the harmonies from within noises, until the songs take on a life of their own.” 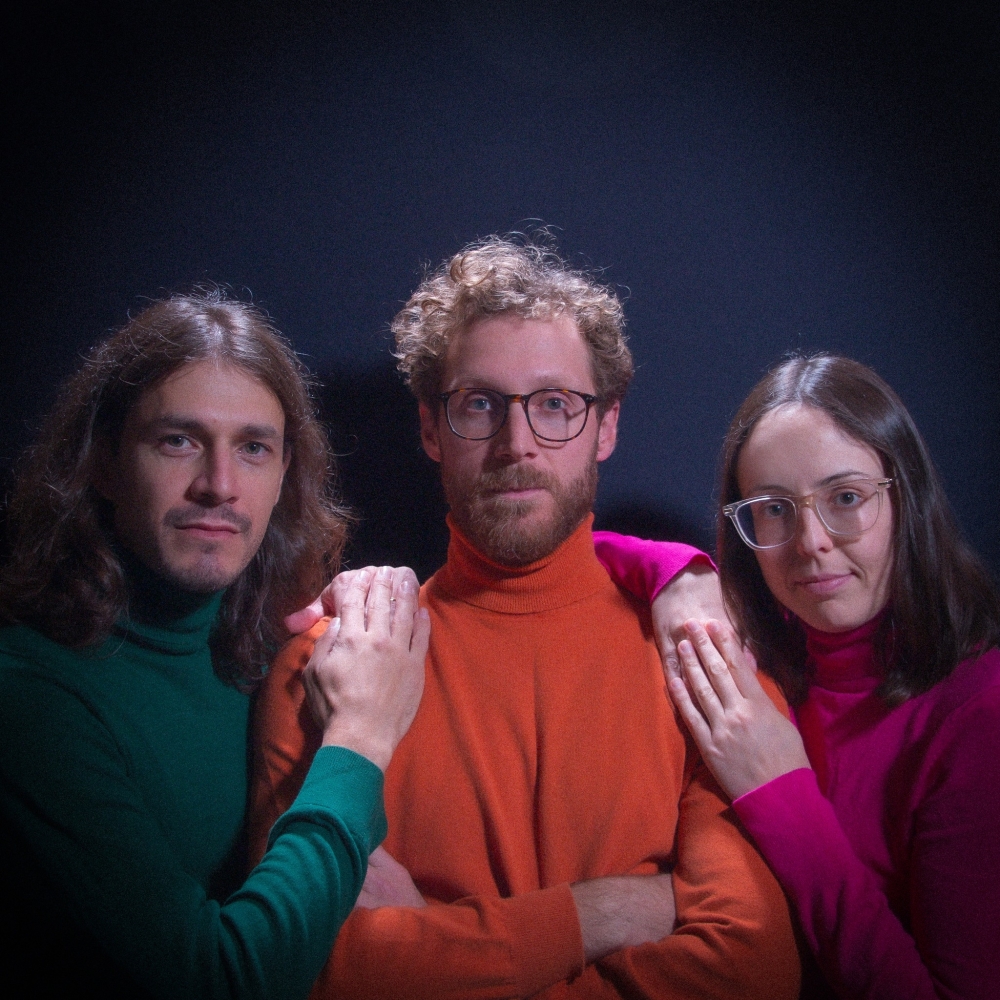 Summer’s Over sounds like summer is not over, yet this tune has a melancholic touch, probably because summer is over. Anyway you can move your hips sensually to this
sticky synth daydream in motion.

Artists: ERUPTION ARTISTIQUE
Who: A non-conformist artistic collective from Rotterdam, The Netherlands that
wants to enlighten everyone with pure indie rock ‘n’ roll and absurdist clips. The
group consists of musicians, filmmakers, photographers and actors. They are for love, tolerance and equality and try to fight conservatism, racism and bourgeoisie culturally.

Watch the accompanying surrealistic video,
a penchant of the act’s visual-heavy style.

Artists: THE STRANGE DREAM
Who: Pysch rock duo hailing from the dark corners
of some of Manchester’s dingiest bars, The Strange Dream. .

About the writing process: “We wrote the song after attending a happydaze gig.
Inspired by the headline act and the rhythms we had not previously tried to incorporate
into our songwriting. We found it somewhat challenging trying to create something outside
the scope of what we normally would go to. It turned into a fun exercise that allowed us to expand our creative pallets.”