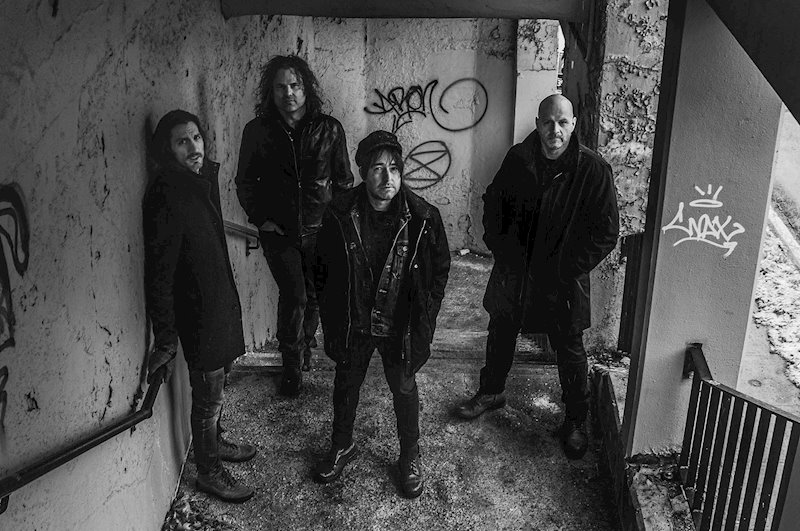 Band: THE EMBER GLOWS
Who: Montreal-based post-punk 4-piece with a sound based on hooks, a pulsating rhythm section, textural guitars & baritone vocals. The band traces its roots to the moody side of 80’s new-wave, psych & British indie.
FFO: Echo and the Bunnymen, Simple Minds, Nick Cave, The Cult, Black Rebel Motorcycle Club, The Verve, The Cure, The Mission, Interpol, War On Drugs.

Richard Bunze (guitarist): “After hearing the initial chord structure and vocal melody, I began playing a variation of my current guitar riff. I wanted it to sound wide and ethereal, with a driving gritty character and texture. I think we all added our own TEG stamp on this one!”

Score: This is what epic grandeur is all about. Silent Love grabs you by the throat for its full 302 seconds. A sturdy drum beat sets the pace from the get-go, sweeping Will Sergeant-like guitar radiance produces an instant psychedelic wildfire while an edgy bass riff rumbles on and on. And when the stupendous voice of Martin Saint scrapes the sky shivers roll down your spine. Magic in masterful motion. Grandiose gem.