OH MERCY, the 26th studio album by living legend BOB DYLAN was released 30 years
ago today, on 18th September 1989. Thanks to the creative collaboration with Canadian producer and singer/songwriter Daniel Lanois, the LP was positively lauded by the critics. The inventive Lanois matched Dylan‘s nasal voice with a perfect fitting sound and it seemed to inspire Mister Zimmerman to write a set of his best songs of the past decade. The album was, compared to several previous ones finally a new commercial success reaching No.  30
on the Billboard charts in the United States and No.  6 in the UK.

ROLLING STONE wrote at the time: “Oh Mercy explores moral concerns and matters of the heart with a depth and seriousness Dylan has not demonstrated since ‘Desire’… ‘Oh Mercy’ can perhaps best be thought of as a collaboration between Dylan and producer Daniel Lanois… He hooked Dylan up with members of the Nevilles’ band — guitarist Brian Stoltz, bassist Tony Hall, drummer Willie Green and percussionist Cyril Neville — and fashioned evocative, atmospheric soundscapes that elicit every nuance of meaning from Dylan’s songs while never overwhelming them.” Full review here. Score: 4/5

Turn Up The Volume‘s favourite tracks: Where Teardrops Fall / Everything Is Broken /
Man In The long Black Coat / Most Of The Time 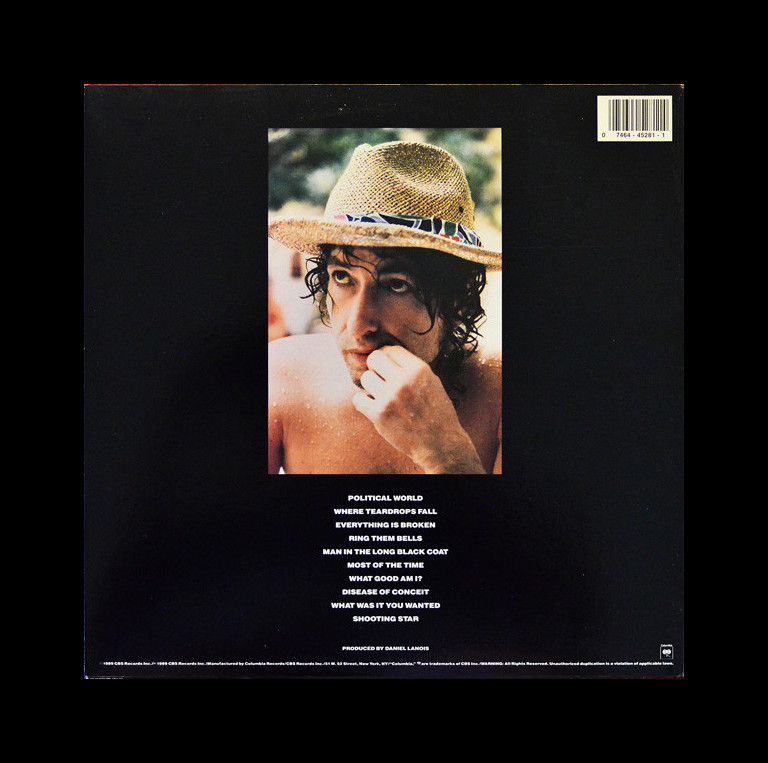