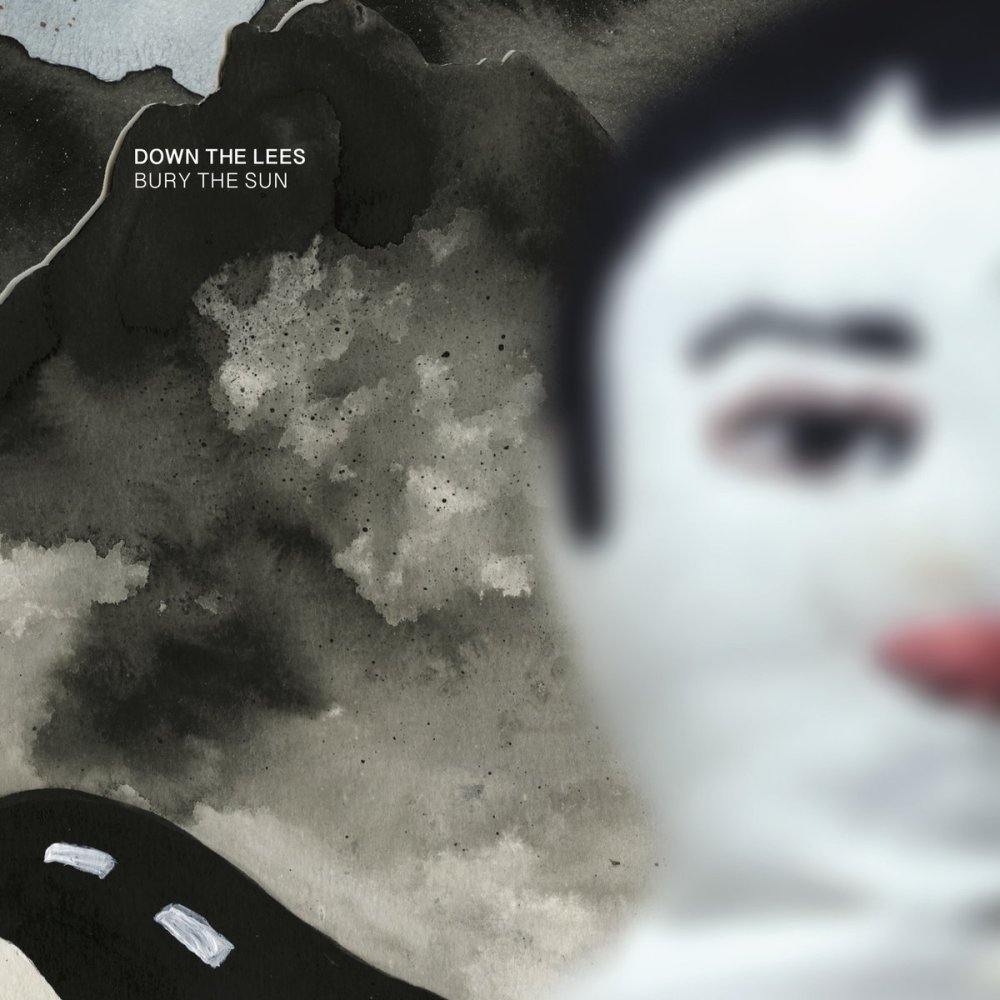 DOWN THE LEES is a red-hot-blooded Belgium based noise rock trio, led by impressive Canadian vox and guitarist Laura Lee Schultz. The band just released their tense and high-strung album, called ‘BURY THE SUN‘ recorded by Chicago‘s legendary noise expert Steve Albini. Here Albini shines because of the perfect way he gives space to Schultz’s voice, the prominent heroine of this striking record, and because of the flawlessly balanced way he surrounded the vocals with the scorching quiet/Loud/quiet power of guitar, bass, and drums. But, again, the poignant force in the middle, is Laura Lee Schultz. She not only wrote all the songs but gave them all a vivid soul and a beating heart with the powerful and arranging assistance of her great band. She will tell you more of all of her babies, right below, Track by Track…

Here are the songs…

1. Bury the Sun
“This was the first song that was written for this album, so naturally it comes first. Also, it should be on top of the pile of immediate action. Climate action. It speaks of the climate crisis we are facing and how a lot of people are so blind to it. It makes me so sad and worried for our planet. “When will we wake up?” We may just wake up to nothing.”

2. A Cynical Age
“Have you ever noticed how many school shootings are happening? One is too many. “Amazing Machine, put your hands into the air, only 17”. I like that this upbeat tune turns dark and ominous on a dime. Which is what it must be like to be one of those kids. Going through your school day then all of sudden you “are hiding under tables in the library”.

3. Just a Kid
“When we started on this song, it was a poppy number. Then Kwinten laid his bass magic on it and it is now a stand out track. Imagine never knowing who your father was. Imagine having a mother who kept that information from you. Imagine having to live through a war. And now, imagine never being able to talk about it. “Do you even remember? Now
we all forget his name.”

4. War Torn
“Another song about war! It’s like there is a theme. And yes, this album has a theme. Death. A song about missing your loved ones who were lost in senseless acts. “I’ll make believe that you are here and not lost like all the daughters.”

5. Penny Straight
“The most energetic song on the album! We love playing this one live. A cheeky number about straight women breaking gay women’s hearts. Awww.”

6. We All Belong On This Surface
“We are in a very interesting and scary time right now. There are many people coming out from under their rocks, belittling and threatening the well-being of others. “God willing they say, killing all whose different” I know it sounds cliche but it’s so true, can’t we all just get along??!!! Ugh.”

7. Antiseptic Heart
“This song is about artists feeling vulnerable and trolls throwing negative, hurtful comments at them. We, as artists, have to have a thick skin, and sometimes, the skin
isn’t thick enough. Forcing them to quit making their art or worse, quit living. There is something inherently wrong with someone who takes pleasure in ripping someone
else’s livelihood apart. “It’s too late to eviscerate the tragically unkind.”

The video for ‘Antiseptic Heart’ …

8. Please Pain
“People like to ridicule. The pleasure pain of being cruel.” Some people
get a kick or a high out of hurting people. I just don’t get that.”

9. Coda
“The album comes to an explosive end, which is how we like to end our shows.”

Thank you Laura Lee.
May the road rise with Down The Lees!

BURY THE SUN is available on Bandcamp