Rolling Stone said: “Though no less derivative of Jeff Beck Group-era Rod Stewart,
Chris Robinson’s vocals sound better than ever, and the band has tightened into the
kind of Southern-rock machine Lynyrd Skynyrd eventually became. But the Crowes still
haven’t fully found their focus. Three Snakes works best when it forsakes album-oriented pretension for singular clarity, from the oblique Beatles references on “Nebakanezer” and
“Bring On, Bring On” to the Sly Stone-cum-Al Green funk of (Only) Halfway to Everywhere.” Score: 3/5.

Turn Up The Volume: Good on record, better on stage.

Single: One Mirror Too Many 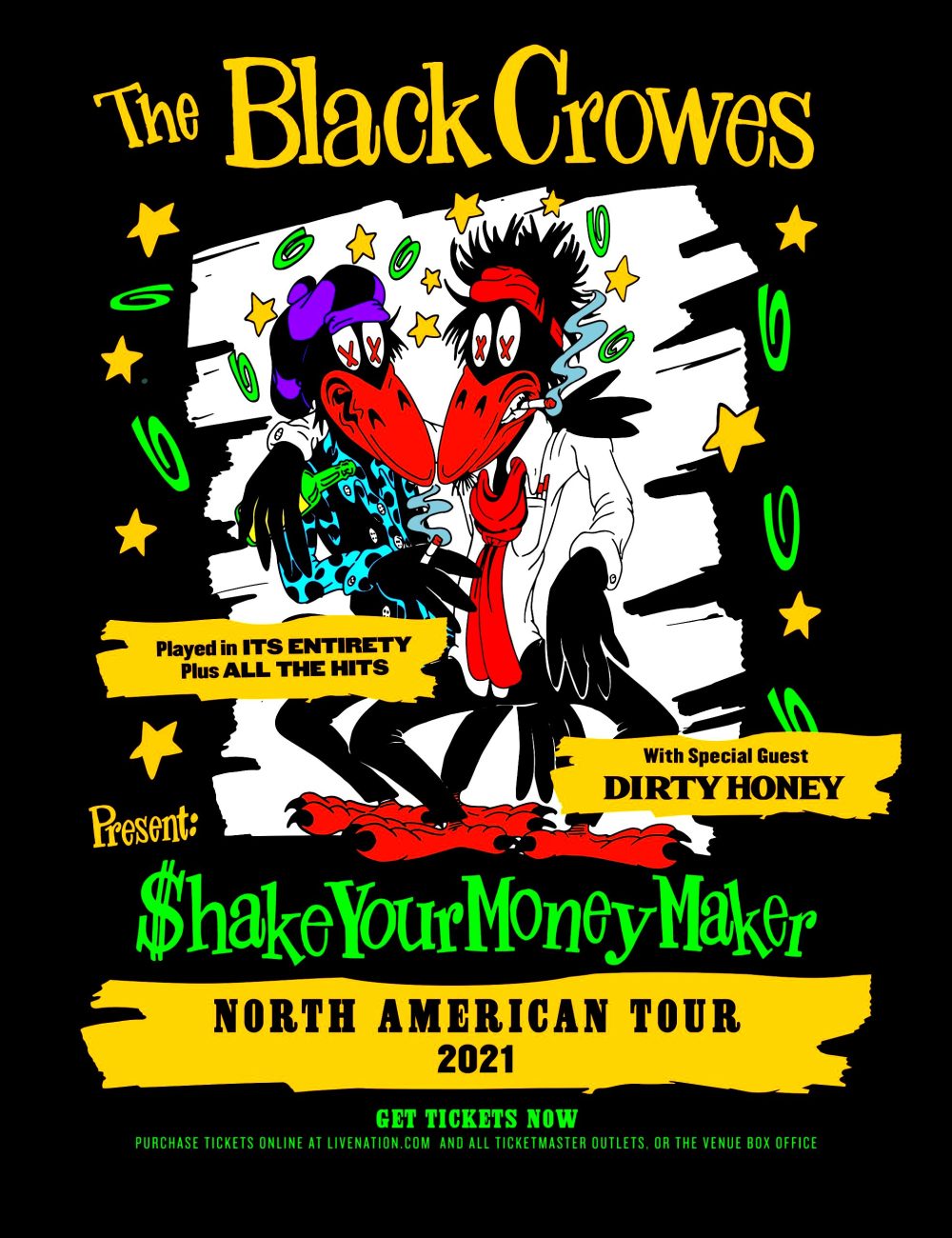