Band: WOMEN OF THE NIGHT
Who: A dream pop, proto-punk combo out of New York City.
They make distillations of lost unintentional everyday happenings.
For your dark and lonely night.

Press statement: Sub Rosa is a dark sonic landscape filled with heartache, exploring gritty tales of love and longing. On full display is frontman Jordan D’Arsie’s songwriting prowess as the album seems to flick through various characters like novellas. There’s a sweetness and sincerity to the songs whilst a gut wrenching vulnerability lingers in the background threatening to explode at any moment like a fever dream. Sub Rosa encapsulates a variety of raw sounds with its 14 songs – from proto-punk rockers, glam-psych, and roots rock heartbreakers – that fits well in a playlist with The Gun Club, The Modern Lovers, to Wilco.” 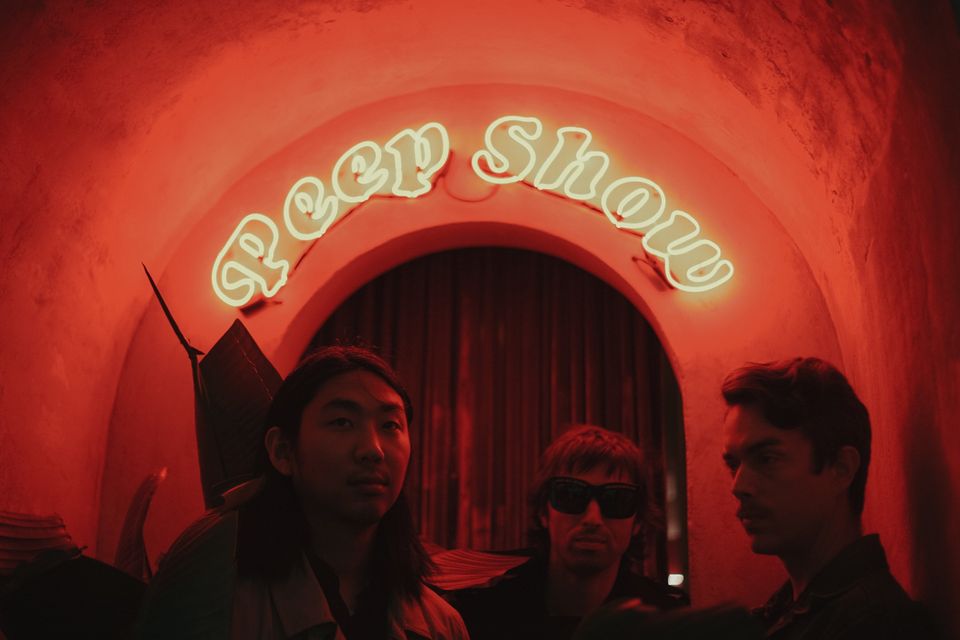 Jordan D’Arsie (frontman): “I noticed my songwriting and the voices within the stories were often flickering between a sinister voice and a much lighter and optimistic voice. As the album began to come together, I started to imagine it as its own space and almost as if there were
2 parallel planes. What is spoken of in the light of day and what is spoken of in the night or
simply put Sub Rosa. There’s a symmetry and balance to this record, 7 songs on each side
and a conscious effort in the songwriting to balance these 2 parallel worlds, the voices and sounds that accompany them.”

Turn Up The Volume: These three NYC desperadoes cover several decades of riff-roaring garage fury and amplified pop firework. From the rattling electricity of Jonathan Richman and his Modern Lovers to the jangly dandy rock of The Strokes and tons of other thrilling influences who associate(d) themselves with lost souls and troubled hearts all day and all night long like those British hooks-and-licks legends The Kinks used to do back then in the swinging sixties and the steamy seventies.

Bluesy hangovers, rolling rippers, alcohol-infused ballads and straightforward wham
bam crackers. You find enough fuzz and buzz to keep you company when you need to sober up or get drunk while watching the 24-hour craziness of the Big Apple visualized
to perfection in Martin Scorsese’s masterpiece Taxidriver somewhere in a dark bar downtown, on a antique TV set.