Band: THE DISCARDED
Who: Robust rock trio – father and 2 sons – from Orangeville, a small town just north of Toronto, Canada. Since their formation in 2016, they have recorded/released four albums and one EP, with an already completed fifth full-length album and film slated for release
in December 2022.

“Inspired by the heavy toll and senselessness of gun violence across North America and the family unit within the band, The Discarded’s latest song, “Thoughts & Prayers,” accompanies a collection of exquisitely constructed tracks on the highly anticipated new album and soundtrack to the upcoming animated feature film, “The Getgoes.”

J.P. (Joel) Wasson says, “Sadly, the relevance of the song has not diminished since that time nor the use of the platitude.” Emotions run high on “Thoughts & Prayers” as Wasson plays alongside his two sons, who began playing and honing their craft at the ages of 13-and
17-years-old.” 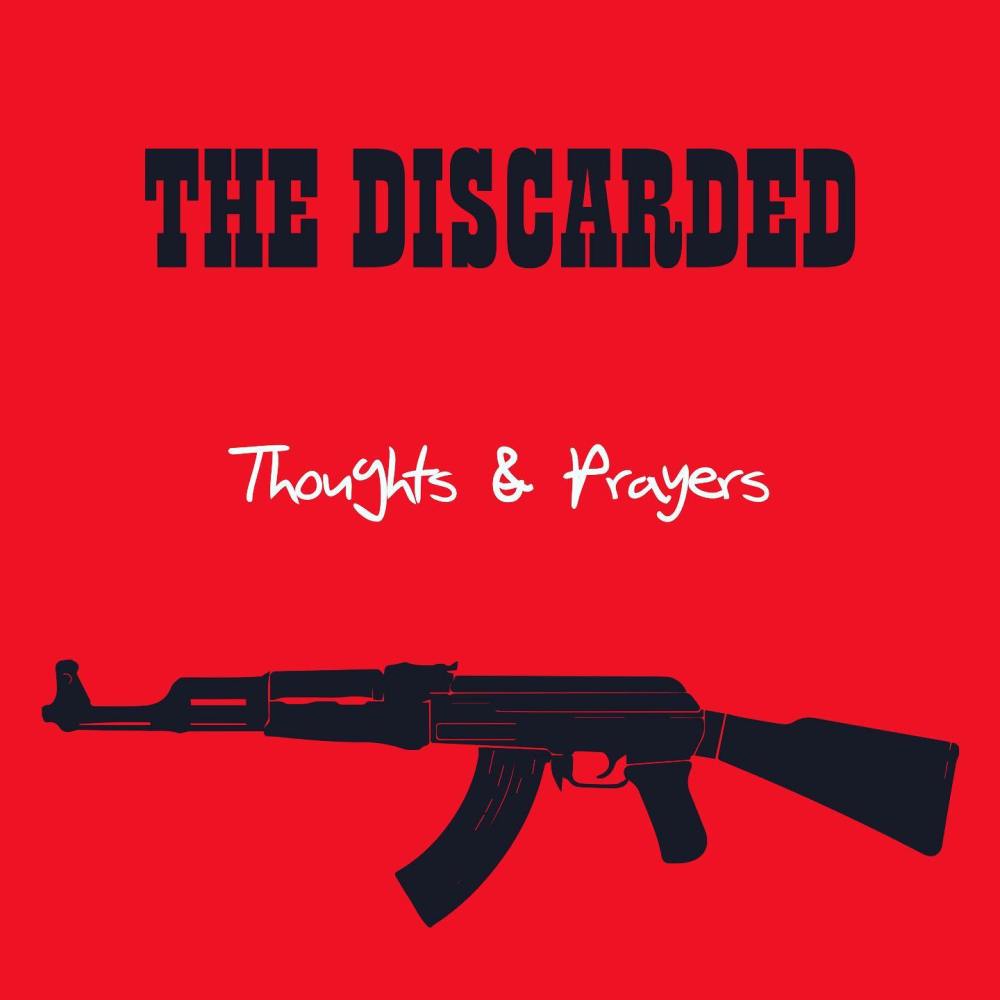 TUTV: Thoughts & Prayers attacks, very loud and very clear, gun violence across
North America and the platitude of politicians stating “our thoughts and prayers are
with the victims and their family” after dramatic shootings. But so far no politician had
the courage or will to do something fundamentally to avoid as many shootings
as possible.

The Discarded express their anger with a  wall-of-hellish guitar/bass/drum sound.
No mercy, no pity, for the money greedy sharks of the NRA who have the entire
political establishment in their pockets.

The fierce juggernaut is accompanied
by a manifest animated video clip.