Band: KING GIZZARD & THE LIZARD WIZARD
Who: 24/7 prog-psych-rockers from down under

Info: “This download of L.W. comes with tree (that’s right tree). $1 from every download will be donated to Greenfleet, who plant native biodiverse forests in Australia and New Zealand. That way habitat will be created for the local wildlife species… Protected for 100 years, the trees will grow into a thriving and resilient forest restoring the native ecosystem in the area and increasing the overall biodiversity and resilience.”

Stereogum writes: “L.W. focuses on the jammier side of King Gizzard & The Lizard Wizard. As always, the band is bringing big, drooling guitar riffs and tricky push-pull rhythms. The songs on L.W. are on then gentler, more playful side of the King Gizzard oeuvre, but they’ve still got teeth.” 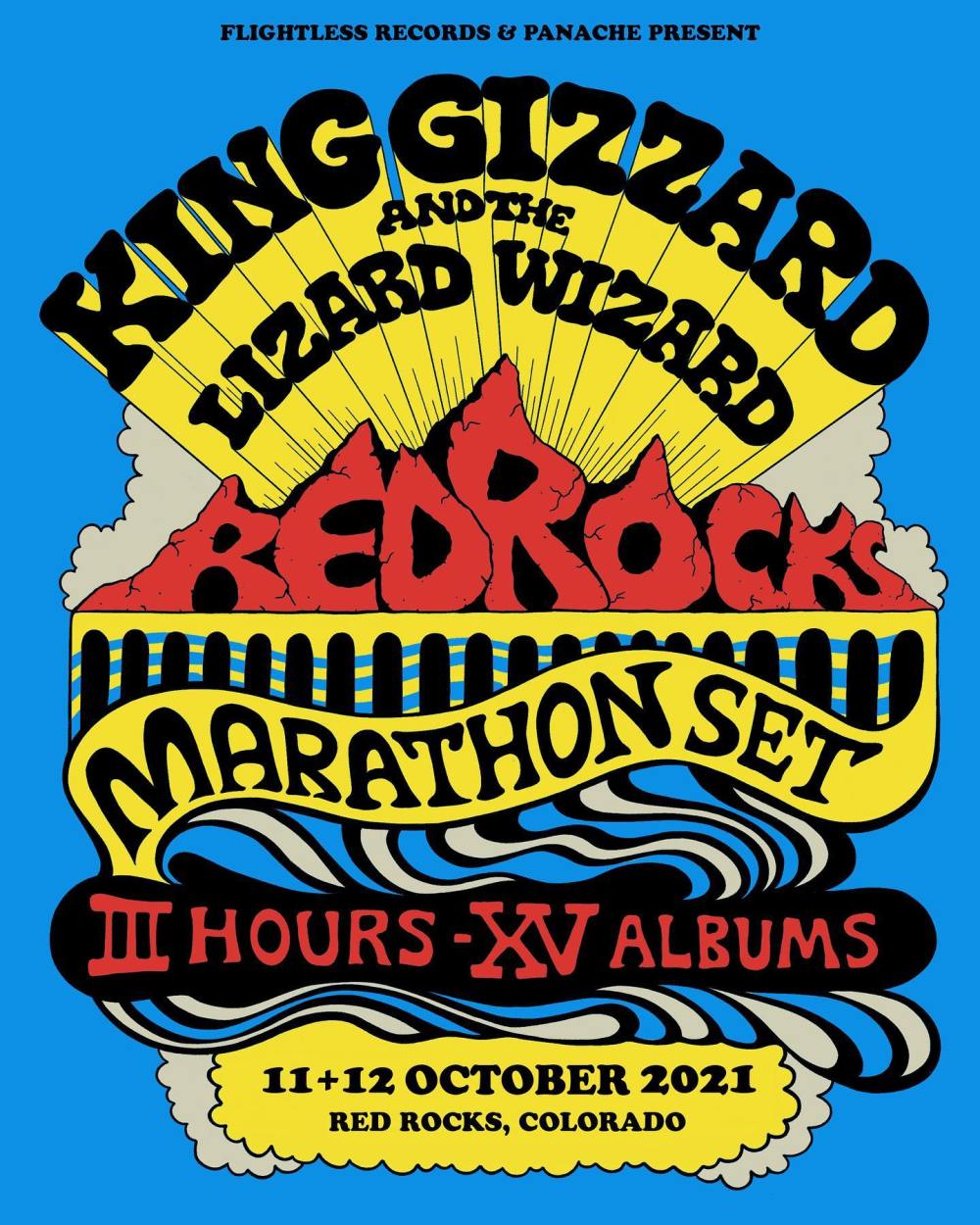 I have no idea what kind of meds these non-stop prog-psych junkies take but
their production frequency is off the charts. It must be sonic steroids or something
similar. Anyway, a new, umpteenth, longplayer is coming our way on 26th February,
titled L.W.

Along with that news they send us two tracks… 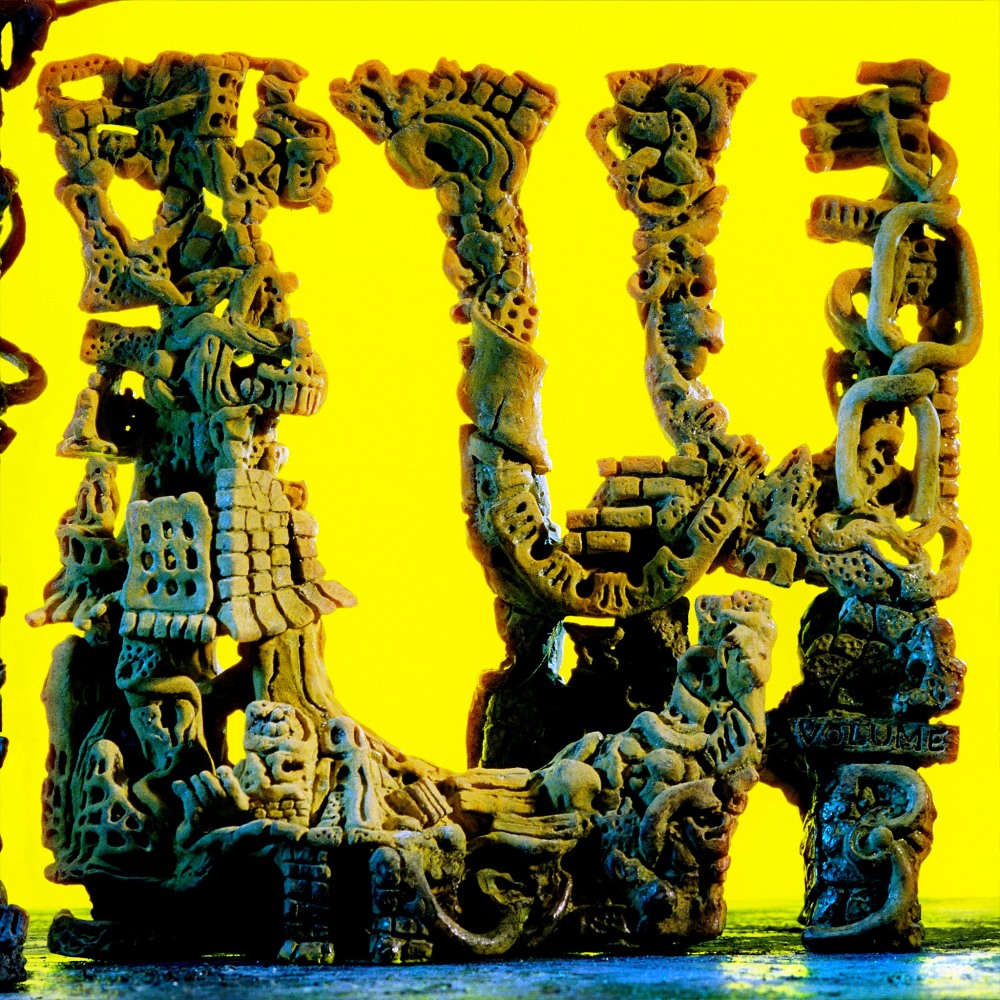 The band introduced the ultra rare project with this message: “Yo indie labels,
bootleggers, fans, weirdos. We’ve got a deal for ya. If anyone wants to release these
albums, you’re free to do so. Only deal is you’ve gotta send us some of them to sell on Gizzverse.com Ideas: double LPs, 7”, remix, reimagined cover art, bizarre-looking wax,
live show box sets, tapes. Or keep it simple, that’s totally ok. Anyone keen?”

Belgian record label Exag Records got to action and will release a double live LP
of 17 KGATLW tracks recorded at Brussels’ legendary venue Ancienne Belgique
from their two gigs, played there on 8 and 9 October 2019.

Only 300 copies are available. More details and pre-order facilities right here.
All benefits will go to the label’s artists. Shipping expected to arrive at the end
of March – early April 2021.

The brilliant art-work is by Belgian artist David Crunelle.

The LP contains two white and red marbled Eco-Vinyls, the official colours of
the Ancienne Belgique venue. Furthermore, they are manufactured in Holland
using only eco-responsible methods.

Aussies rockers KING GIZZARD AND THE LIZARD WIZARD are 24/7 music addicts.
The six-nation-army made 16 studio albums since they formed in 2010. Yes 16 in
10 years, that’s more than Radiohead released in their whole career. The band’s
latest LP K.G. arrived three weeks ago. Another psych-prog work to play out loud
on your headphones.

Three weeks ago? Okay, time for new music with a fresh single,
a funky synth groove, called If Not Now, Then When?.

‘Automation’ by KING GIZZARD & THE LIZARD WIZARD (Melbourne, Aus)
The non-stop productive Australian psych addicts continue their prog-rock marathon.
The track’s clip stimulates fans to make their own remixes. Oh, did I say that the band
has a live album coming up?

‘Hoping For The Hoping’ by MODERN GUILT (London, UK)
Formed only last year these fervent blues rockers start a fire with their top debut single demo-ed in their own studio. Expect pumping drones, scorching guitars you can imitate
in front of your mirror, vehement vocals and an explosive chorus. Big blow! Big stroke!

‘Aspairt’ by PULSE PARK (Quebec, Canada)
Post-punk ardency driven by a repetitive, trance-like guitar riff and a relentless drum beat. Arresting all the way. No wonder that this eager team has been compared to noise legends such as Dinosaur Jr, Sonic Youth and Built to Spill. Check their 3-track EP right here.

.
‘Break Us’ by FUTURE RADIO
This blues force – a combination of words, music and visuals – fronted by singer/songwriter and highly emotional guitarist Jannie Lategan produces electricity that does your head in barely three minutes with a ripper “that everyone can relate to. We all have those things that we need to let go of, but letting go isn’t always that easy” says Lategan. Here’s why…

‘Mirror’ by FUZZ (USA)
If you put TY Segall on drums, the Meatbodies’ Chad Ubovich on bass, and multi-instrumentalist Charles Moothart on guitar together you get a full steam ahead
cannonball like this.

Five firecrackers from the past week to fuel your weekend…

2. ‘A Hymn’ by IDLES (Bristol, UK)
The awesome punks are on their way to dominate the end-of-the-year-lists…

4. ‘Forecast Of Rain’ by BOB MOULD
Anger and energy drives Mould to blazing rippers like this…

See/hear you next weekend, music junkies…

Can somebody help me? I lost track of how many albums this Australian mind-expanding-rock squad has produced since they hit the scene 10 years ago. These 24/7 psych junks make more records than Lady Gaga changes dresses. And here’s another new piece called HONEY. Well, not that new as frontman Stu Mackenzie clarifies: “I wrote this song a couple of years ago. It’s nice to have it out in the world.”

Compared to their previous escapades Honey is pretty smooth, poppy and accessible. You can easily whistle along….

The hardest working band in music KING GIZZARD AND THE LIZARD WIZARD will launch another new album called INFEST THE RAT’S NEST, their second LP this year after Fishing For Fishies and 5 longplayers last year. After only seven years the Melbourne psych-o-rock-delic gang have produced 15 albums!

The weirdo Aussie noiseniks announced that the new record will be a heavy metal one. Today the gang already dropped the third cut. ORGAN FARMER is a horror-ific trashy metallic noise jackhammer to go totally apeshit to. Hold your breath, here’s the accompanying bloody wacko psycho clip…

Change of sonic direction for Aussie psych freaks KING GIZZARD & THE LIZARD. Oh yeah, brand new single CYBOOGIE sees the band going robotic and totally electronic having fun in the process. It’s a simple basic tune, but one you’ll tap your feet along instantly. Check it out right here…