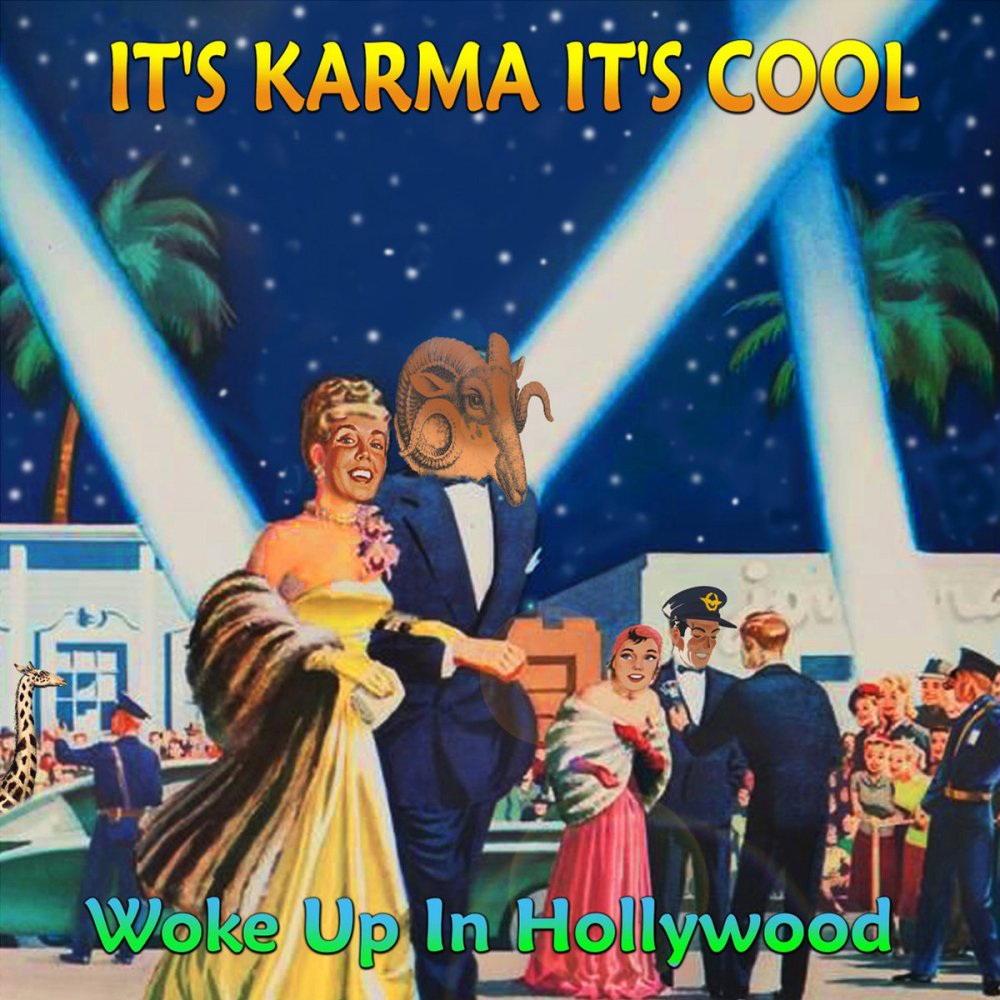 There’s not much info available regarding this British guitar quartet called (pretty rad)
IT’S KARMA IT’S COOL so let’s jump immediately to what they do best on their debut album ‘WOKE UP IN HOLLYWOOD‘.

Expect an effervescent cocktail of jingle-jangle tunes, sticky sing-alongs, and harmonious ditties. Refreshing pop music to be played on beaches, your car radio, on crowded piazzas, on hot BBQ parties, and everywhere where the sun shines. ‘Woke Up In Hollywood’ is definitely a feel-good summer breeze record. You’ll hear echoes of The Byrds, Teenage Fanclub, Michael Stipe, The La’s and any frisky guitar pop band that walked this planet.

.
Video clips for the two singles…