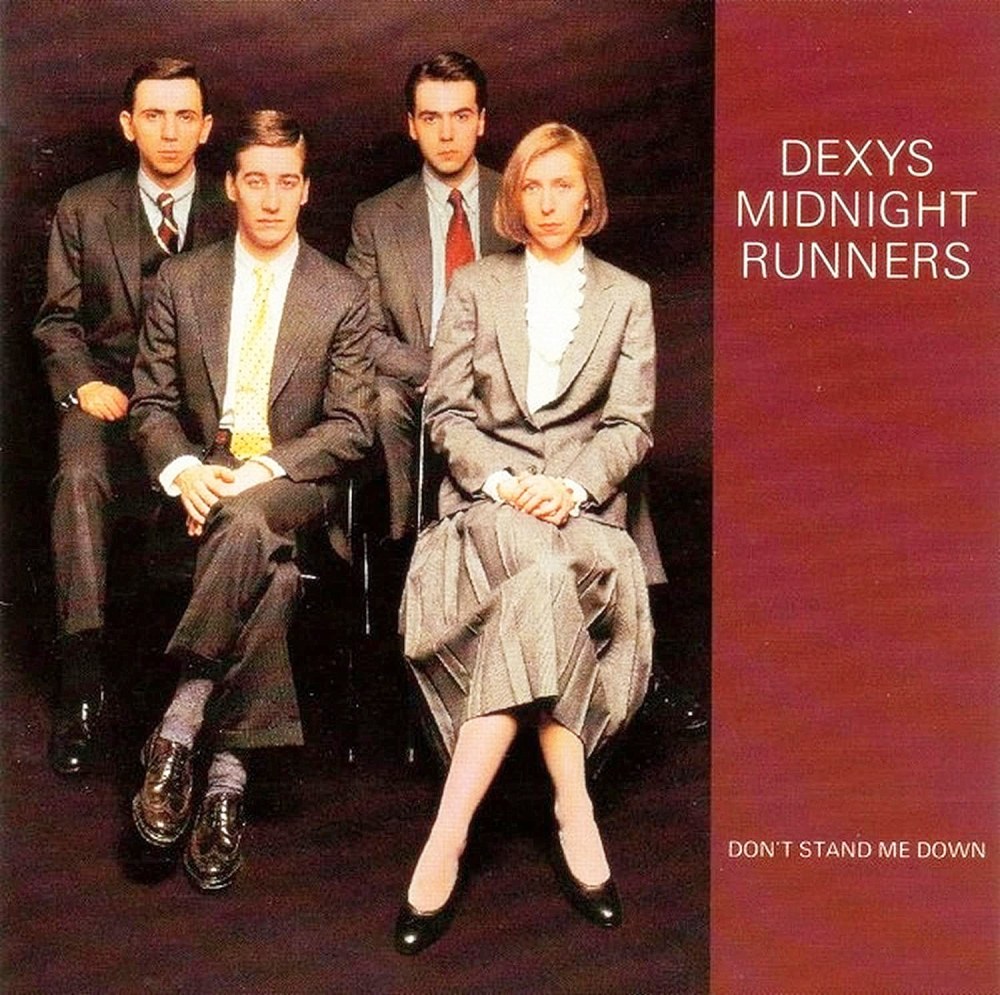 AllMusic wrote: “Freed (in his own mind at least) from the tiresome dictates
of the band’s hitmaking past, Rowland conceived an album that drifts past in
a blur of haunting and sometimes haunted melodies, with the vocal lines floating
almost conversationally over them. Play the album once, then think back on it later,
and all you remember is the sheer casual joy of it all, the sense that Dexy’s gathered
in the studio for fun as much as profit, and if nobody liked what they did, which they
didn’t, then so be it.” Score: 4/5.

White soul frontman Kevin Rowland: “I own records that have
the power to make me cry. Records to be by or with – truly precious
possessions. It is the ambition of the Midnight Runners to make
records of this value.”

1. The Occasional Flicker
2. This Is What She’s Like
3. Knowledge of Beauty
4. One of Those Things
5. Reminisce Part Two
6. Listen to This
7. The Waltz