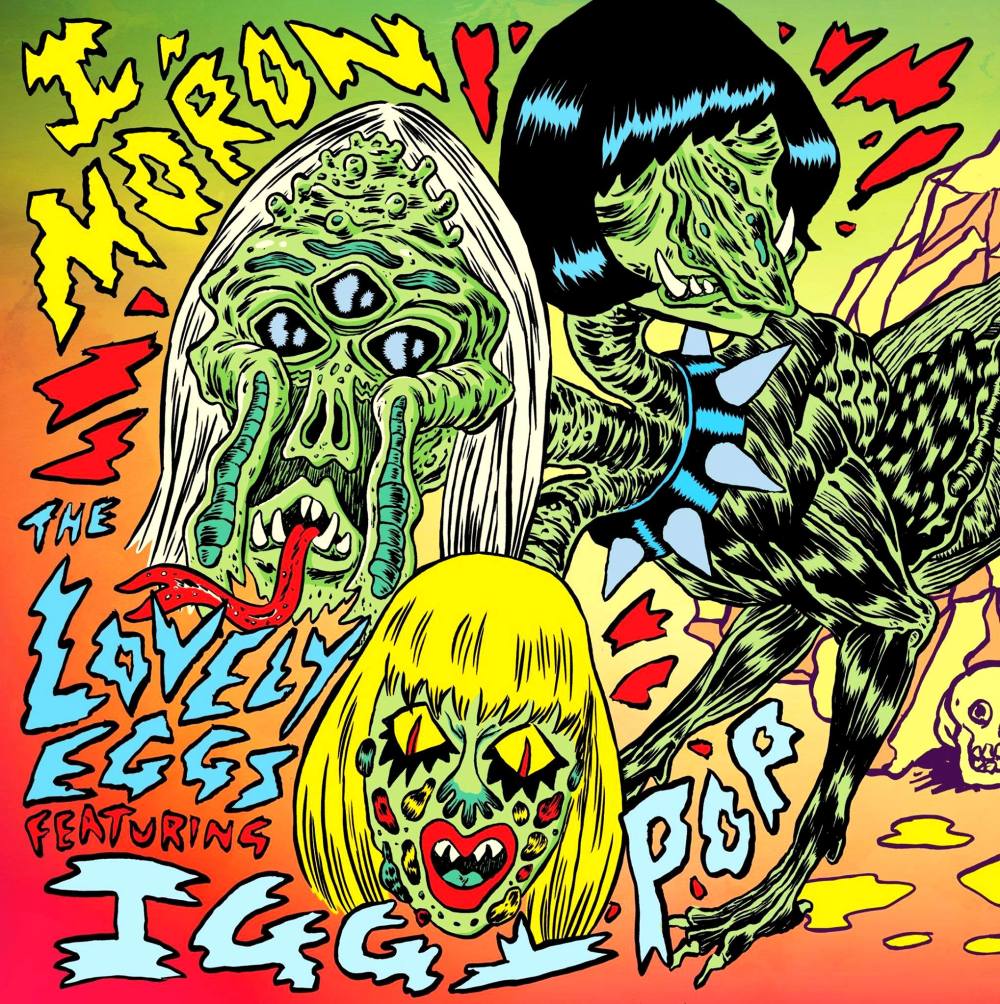 Holly about the collaboration with Mister Pop: “It’s actually unbelievable.
For him just to say nothing but “moron” over and over again fitted in with
the sentiment of the song perfectly. He just got it. We are all morons. In a
world of moronic things. In a world of moronic ideas. ”

Turn Up The Volume: The start of this nasty punked-up groove is just awesome.
The menacing way immortal icon Iggy Pop pronounces moron several times, makes
you desperately hope you’re not one, all the more so that a jackhammer is drilling
along Pop‘s intimidating tone. But before you can say hell yeah, this synth injected steamroller detonates with brain-breaking force. Holly’s moronic, overdubbed voice
adds a psych-o-delic effect while the ongoing battering beat does your head in without asking! Wow, what a bang-on motherrocker! Hell yeeaaaaahhhh!

You are moron. I am moron. We are moron…

The single sold out in hours. So the band decided to re-press on red vinyl. Only
available in record stores. Pre-order your copy at your local record shop.