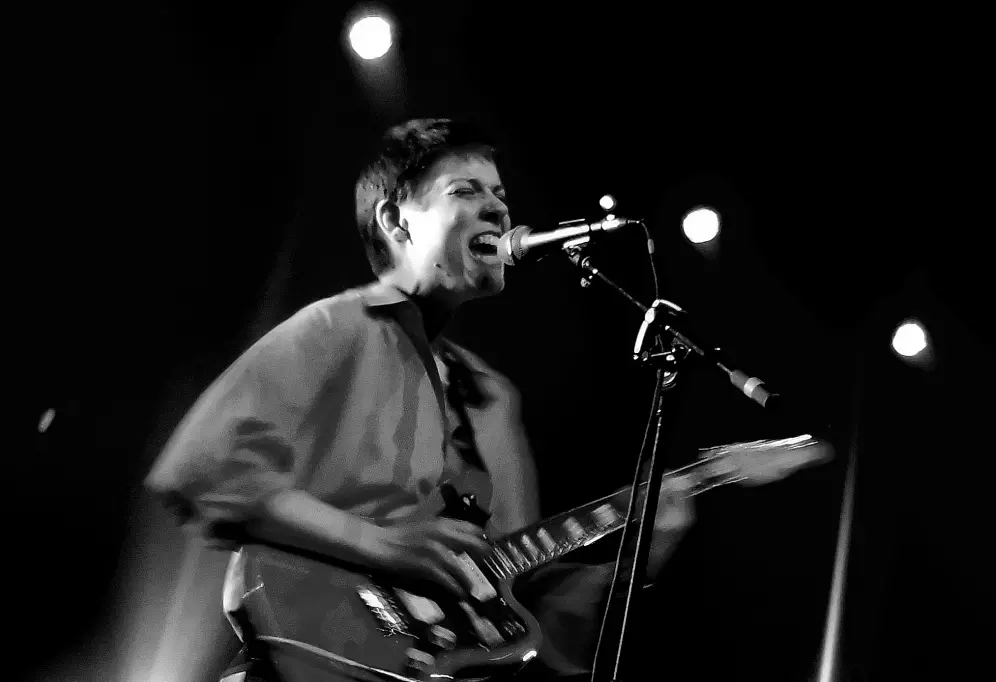 Info: The artwork of the band’s third full-length is a surreal image that evokes
the ducks and dives, slippery slopes, and existential angst of life in recent times.
“To me, the feelings of joy, fear, and endlessness coexist together You’re never just
happy or unhappy” says frontwoman/songwriter Dana Margolin.

New single: THE RIP
The second piece from the upcoming LP,
following lead-single Back To The Radio.

Margolin: “We wanted ‘The Rip’ to sound like massive pop, like Charli XCX, but with the instrumentation of bands like Slothrust or Deftones. It took the longest a song has ever
taken me to write lyrics for, and they took form over a few years. At the beginning it was
a song about a power dynamic where I was in control, by the end it was about one where
I had none. I wanted it to feel like your soul is dropping out of your body.”

Turn Up The Volume: Finally, Porridge Radio played in my Brussels, about a month
ago, and caused waves of excitement, mostly generated by front Amazon Dana Margolin,
the boyish angel with girlish wings, whose ardor and eagerness went through the roof.

The accompanying video was made by Dana’s sister Ella…