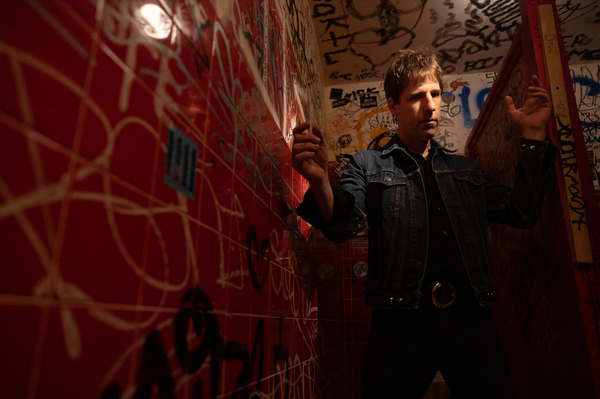 New album: BEYOND EVERYTHING
Release: 10 June 2022 via In The Red Records

Lunadon about the LP: “The record was written and recorded sporadically between 2017 and 2019. I probably wrote about 100 songs during this period. The first album was pretty relentless which I liked but I wanted to make something more dynamic for the 2nd record. Something that could be more conducive to repeated listens. I’d get in my studio, come up with a song title, and start working on any ideas that I had. For example, with Elastic Diagnostic, the idea was to create a hum that evokes the sound of life coursing though your body. Everything else kind of formed around that idea.”

Turn Up The Volume: It’s The Truth echoes like a neurotic chainsaw eruption.
A vicious riff slashes and thrashes throughout this psych-o-tic hellraiser. Add
Lunadon‘s freakish vocals and you know that this brainbreaker will test the
resilience of your stereo. Fucktastic!