Great 7″ singles/sleeves/vinyl from the past 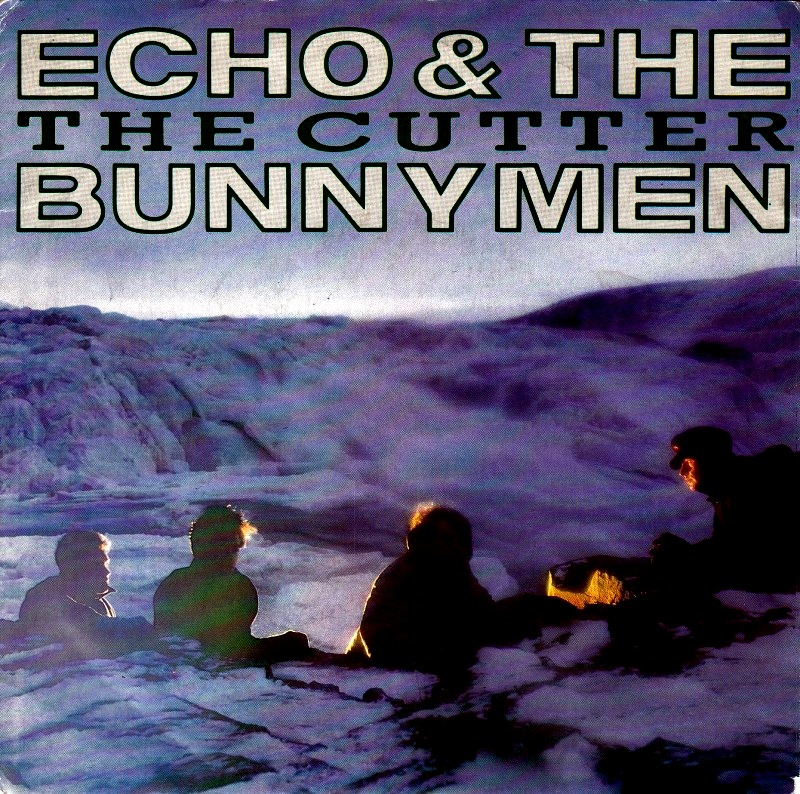 Liverpool’s imperishable heroes ECHO & THE BUNNYMEN
released one of their grand classics THE CUTTER 40 years ago
this month.

Allmusic wrote: “Echo and The Bunnymen successfully wed the Eastern influenced
psychedelic sounds made famous by the Beatles. The Eastern strings re-enter at strategic points, filling in space between verses and Ian McCulloch’s esoteric pleas to ‘spare us the cutter!’. The track never loses steam, cruising through each section with power and grace.”

The cutting gem was part of their excellent 2nd LP PORCUPINE.

It peaked at #8 in the UK Singles Charts and was ranked
#14 on the end-of-the-year selection of NME.