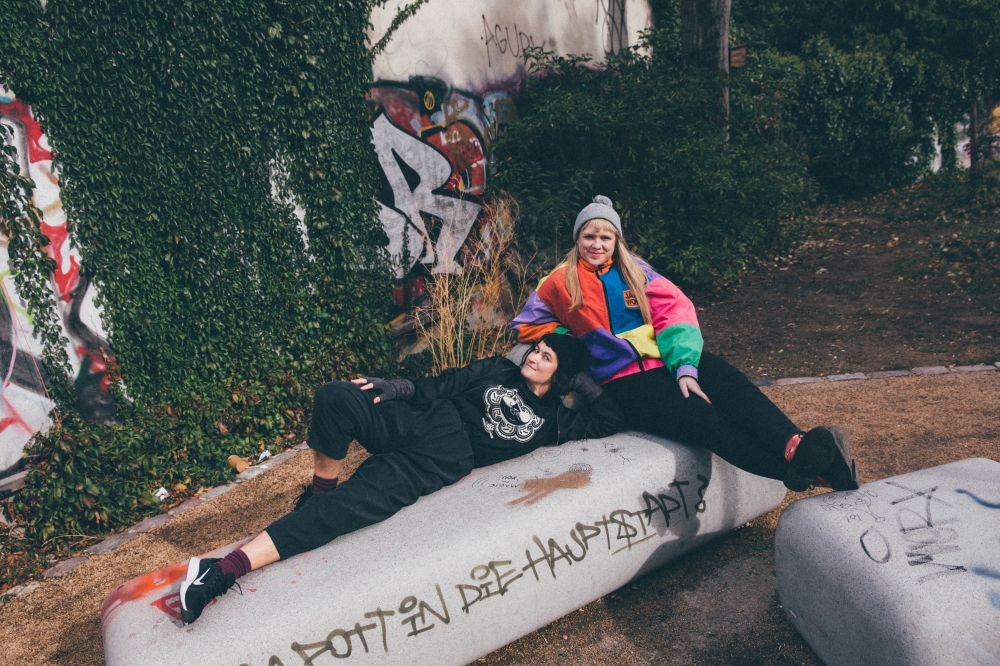 Score: First written and recorded in 2016 this blazing missile has been reworked with two years worth of Party Fears‘ anger, spit and gall behind it. ‘Sun King II’ is “a post-punk scream into the chaos of Brexit and the Trump administration”. The current state of rotten affairs is exactly what this raging ripper is all about. Eilis Frawley‘s agitated drums, singer Maggie Devlin‘s trenchant vocals that cut like a Swiss knife and the overall fired-up feelings of discontent and pain reflect the duo’s razor-sharp view on our troubled planet, led by
vile, narcissistic and populist leaders, perfectly well. Catch the sonic turmoil here…