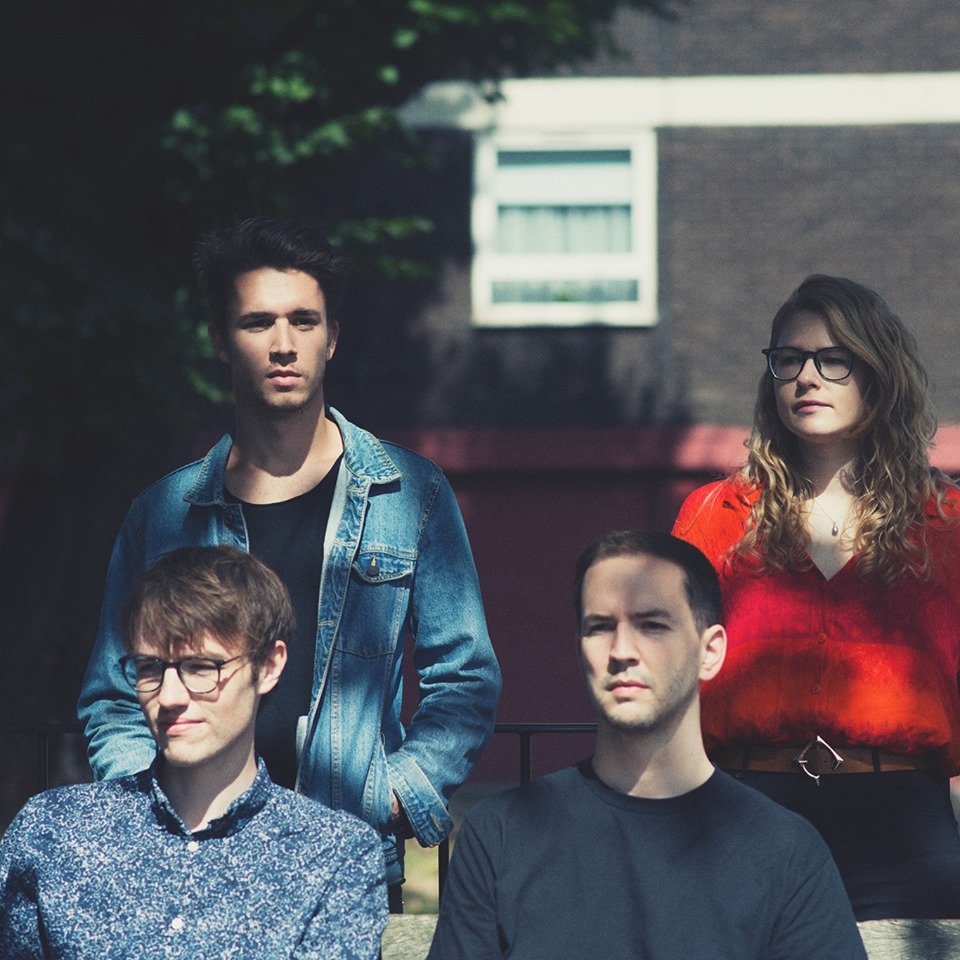 Who: As they claim themselves: “A fresh foursome from London but none of us are from London. We met on the internet in 2018 we sound like Pavement studying for an exam.”
It’s always a good sign when bands have a sense of humour instead of thinking
they’re the next big b-o-r-i-n-g THE1975

Score: Being British and sounding like American slacker bands Pavement, Dinosaur Jr.
and Sebadoh having a midnight pick nick jam deep down in the woods to write some depressing songs together, you know something special is cooking in this new 4-piece’s pipeline. Their debut single shows immediately the difference with the aforementioned poignant bands.  With ‘Returning‘ the quartet composed a melancholic meditation with
a chance for a bright change, a disturbed meditation with a sparkle of hope, a mixed emotions examination with a positive perspective. I guess Mirror Shot  will spoil us with more amplified human touches – sad ones interwoven with happy ones – in the near future. Slacker pop with an encouraging smile.