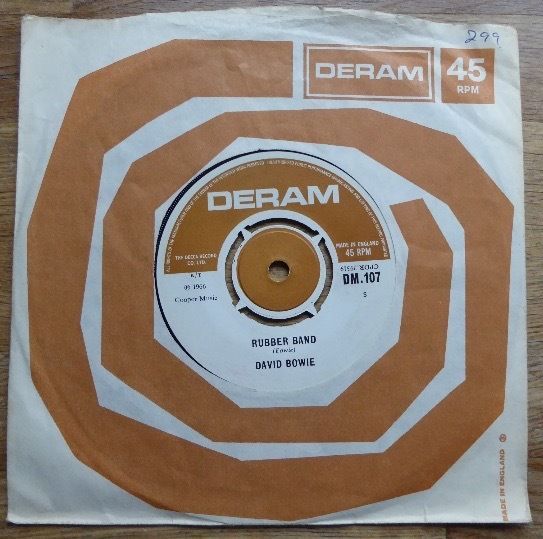 Artist: David Bowie
Song: Rubber Band
Released: 2 December 1966, 53 years ago.
B-side: The London Boys. Re-released as a single in France in 1975.
Note 1: It was his first record for label Deram Records, a subsidiary label of
Decca Records. It was also Deram that released his 1967 self-titled debut LP.
Note 2: Despite the fact that it was a frisky, retro cabaret-like catchy tune
and despite some good reviews the single did not chart.