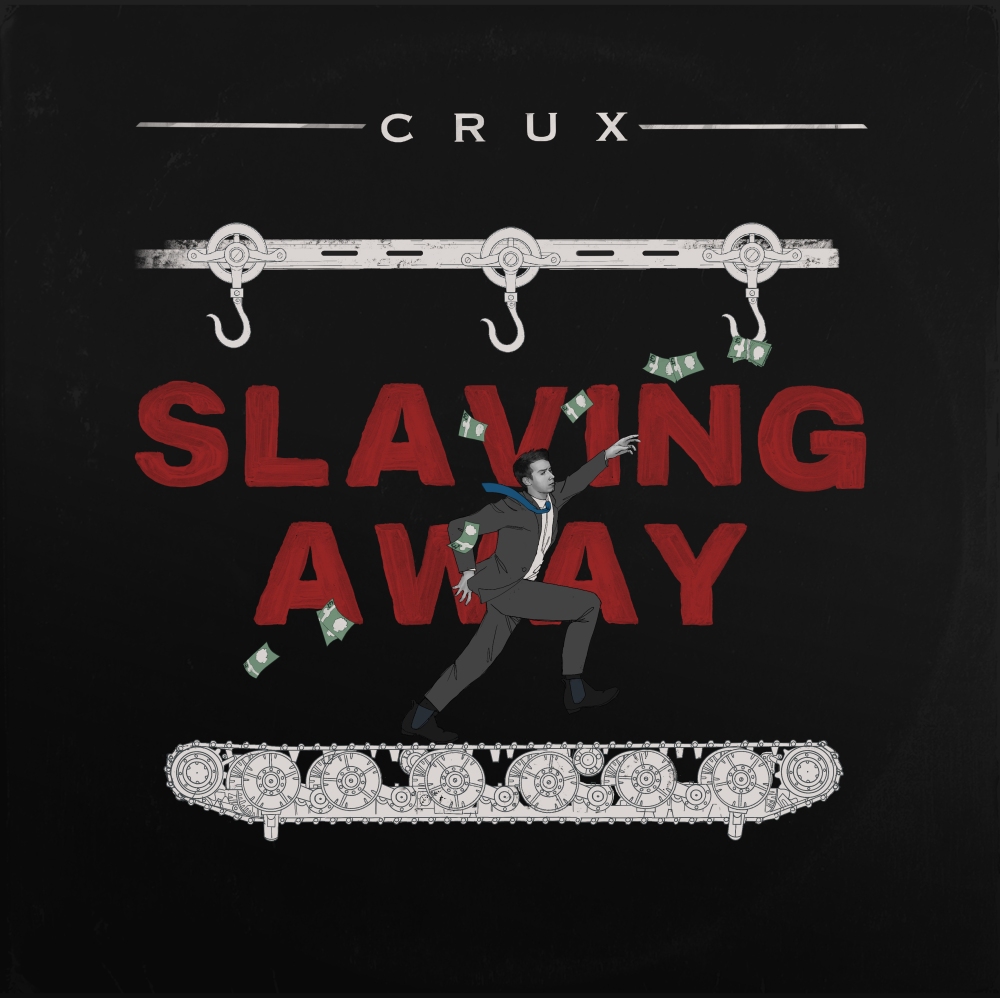 Who: A four-piece alternative rock band based in Newcastle. Massive riffs,
classical piano, slap bass, and political rhetoric all come together in Crux’s sound.

Pick: SLAVING AWAY – new single which critiques the band’s “obsession with spending
the majority of our lives ‘slaving away’ just to make our bosses richer and to make ends meet, especially now when wages are stagnating and prices are rising, and how it is viewed as the honourable thing to ‘graft’.”

Score: Open your windows and doors and turn up the decibels so everybody in your
street can hear this massive ‘to hell with the rich‘ belter. Capitalist pigs still rule the world, corporate scoundrels still abuse the workers and corrupt politicians still have hidden agendas. So if you’re not one of those charlatans, get up, stand up and fight for your
right to scream, yell and shriek in their greedy faces. Hell bloody hell yeah!