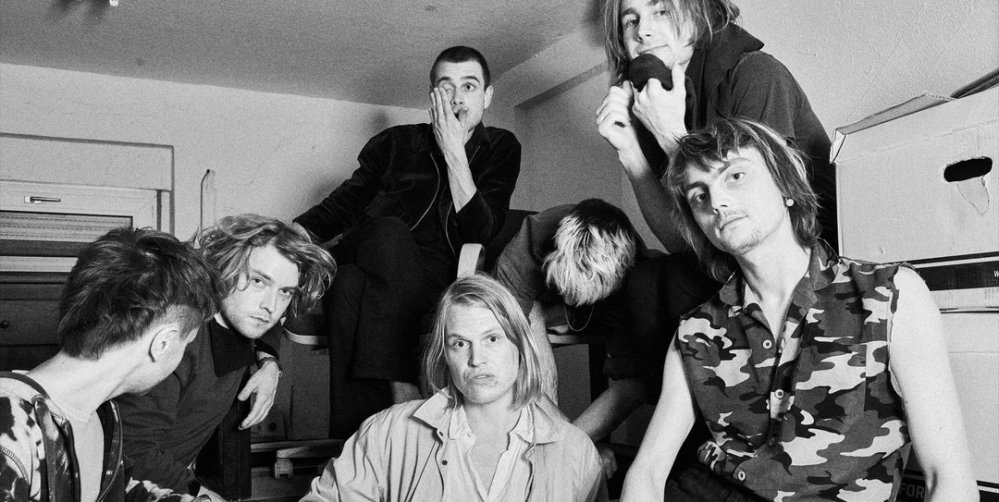 Who: A seven-piece band from Leipzig, Germany born out of live improvisations
that are known to last hours at a time. After a series of tours around Europe, the
group has now signed to London-based label Fuzz Club for their self-titled debut LP.

Pick: THE OBSERVER – new, 2nd single, from the forthcoming first album.
Described by the band as “an anthem for the ‘post-industrial burnouts’ of the world,
the track is a call to break from the drudgery of modern life delivered in the form of reverberating, motorik psych-pop”.

Score: Only thirty seconds in and this electrical Kraut-synth stunner is already
jumping from left to right and back in your uncontrollably spinning head. Ongoing sparkling rotations cause a transcendent experience giving you the opportunity to
escape our grim reality for a while. And when you close your eyes you’ll see flashes
of psychedelic flames on your iris while intoxicating vocals add a sinister dimension. Ghostly vibrations indeed.

.
Dont’ stop yet, continue directly with the hypnotic first single Ardor and extend your trip…