Note 1: The track was released in various languages
including in Japanese and Italian
Note 2: For their 1981 concert tour, the Kraftwerk merchandise
included a customised Casio VL-80 calculator with a Kraftwerk logo on
the body of the calculator and the leather-effect wallet. This calculator
model is able to play notes in sequence. The calculator is able to store
up to 100 notes, which must be initially keyed in manually using the
calculator buttons 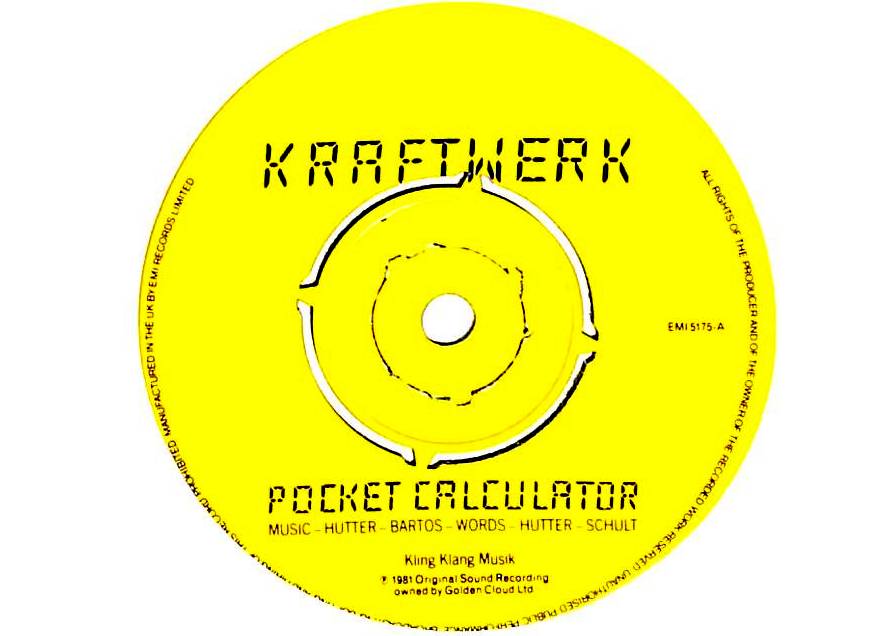