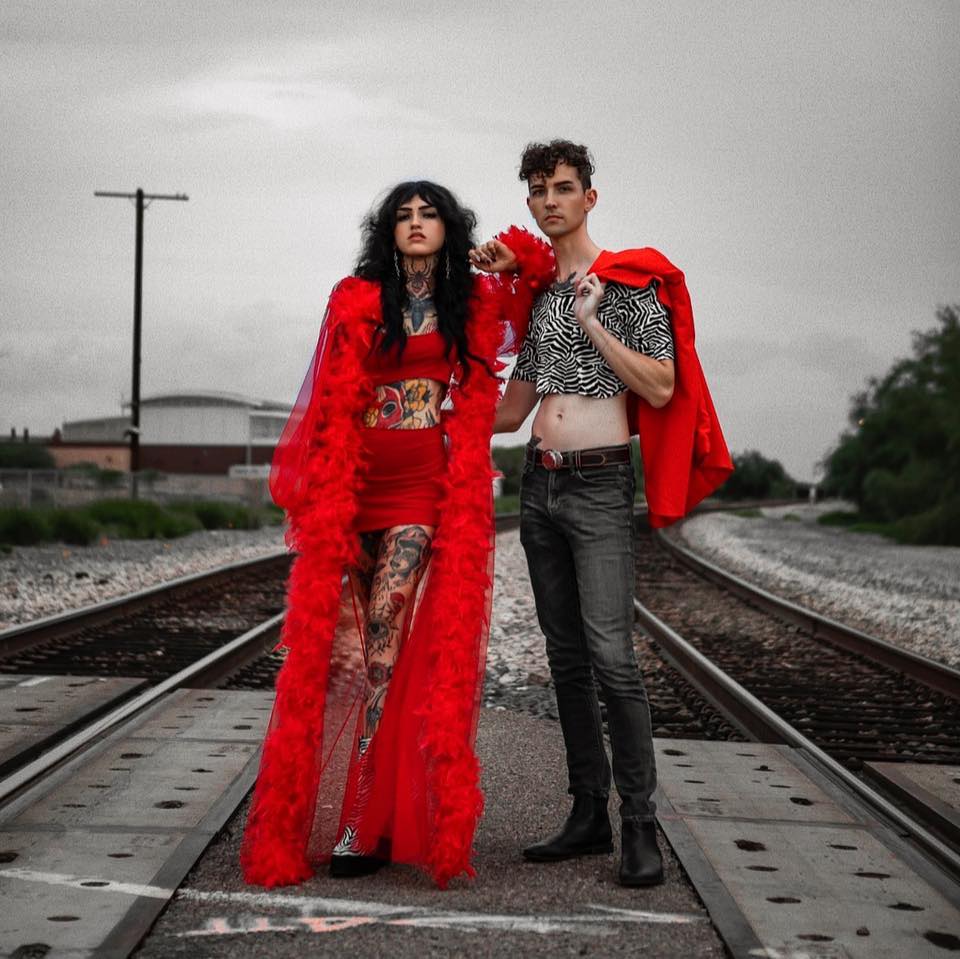 Band: CHATEAU CHATEAU (Tucson, Arizona)
Who: An evolving community of musicians led by power couple
Alex and Bleu. With beginnings in an abandoned aerospace warehouse
in 2018, Chateau Chateau has grown into Tucson’s favorite self-deprecating
glam-rock band, dusty and sparkly. They take pride in supporting
the LGBTQ+ community.

New single: I DON’T LOVE YOU ANYMORE
The first taster of a new, upcoming full album.

“It’s about an abusive relationship, with quotes from front-woman
Bleu’s father, taken from the emails of confrontation for being gay,
tattooed, independent and strong-willed.” 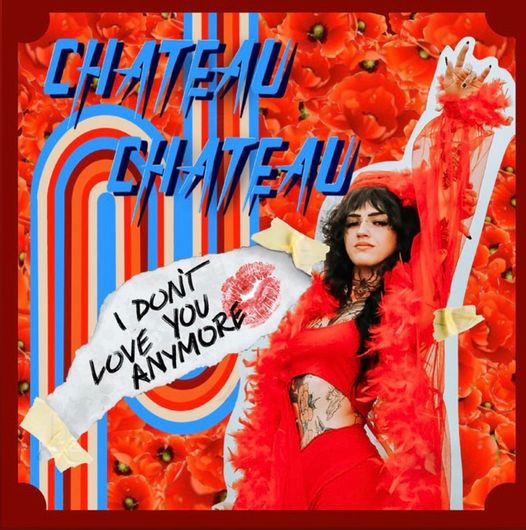 Turn Up The Volume: Glam and glitter riot tattoo grrl Bleu attracts all attention,
sonically as well as visually. She swirls and scintillates on I Don’t Love You Anymore
while cursing idiots who hate the LGBTQ+ community, who hate tattoos, and who
actually hate anybody who doesn’t live by their ultra-conservative rules. Fuck all idiots.

Meanwhile, enjoy this jangly earworm that sticks as first-class glue and reaches an
aural orgasm every time the chorus pops up. Bleu‘s vox adrenalizes and vitalizes. Her vivaciousness is contagious. This pumped-up pop gem is contagious. You don’t need vaccination against this castle of a song.

Get up, stand up and fight for your right to dance yourself dizzy…