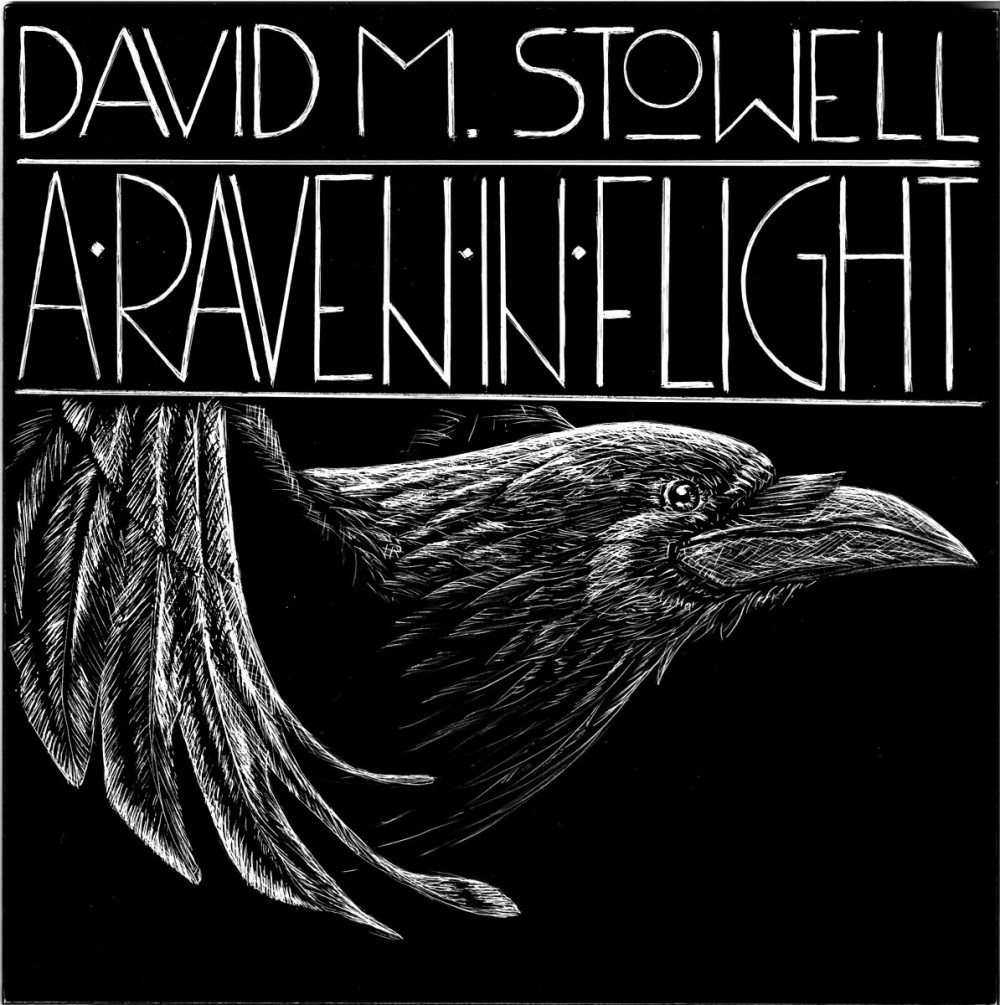 Artist DAVID M. STOWELL (Chicago)
Who: Musician influenced by many styles of music, with texture as his primary interest. texture. Because of this, he was, and still is, drawn to synthesizer and the greats of that instrument, yet he’s a rocker at heart.

Press info: “A Raven In Flight is electronic rock with a progressive rock heartbeat and song topics range from societal repression of self-expression (“Into The Glass”) to phases of life (“Echoes of Time”) and, more specifically, relationships and addiction. The album features eleven collaborators including lyricist David Taylor II and vocalists Lizzie Crowe (of Cheshire Moon), Rhiannon’s Lark, and Sunnie Larsen. Chicago-based Stowell composed and produced the tracks and played bass, keyboards, and sequencers.”

Turn Up The Volume: This album opens (Dawn of Enceladus) and closes with echoes
of French synth celeb Jean-Michel Jarre. In between, angelic female voices enchant with beautifully orchestrated pop sparks (Moderation is my absolute favorite) brightened up with glowing synths and Kate Bush twists and turns, here and there.

Sit back, forget reality for a while and embrace
A Raven In Flight with your ears…