Band: THE MAGNETTES
Who: Pop act from Pajala, Sweden. They released their
highly successful debut album Ugly Youth back in 2017.
They celebrate their roots and incorporate Meänkieli and
the area’s old folk music into their infectious and inimitable
glitter punk-pop. The band is Rebecka Digervall, Sanna Kalla
and Tomas Backlund who’s mission is the right to be as you
want to be. 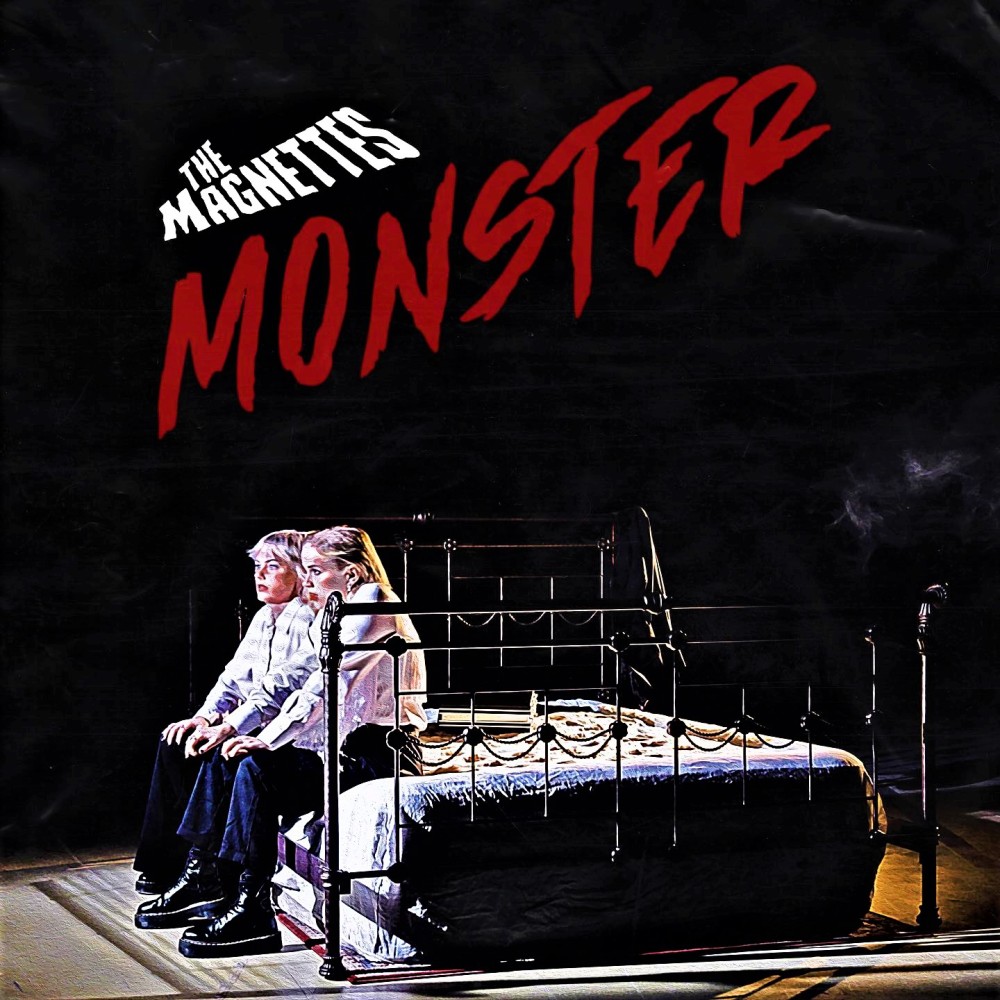 Rebecka Digervall: “‘Monster’ is about that flirty, sexy, excruciating
stage where it’s like ”will-they-won’t-they? You’re a nervous wreck, trying
to downplay your feelings but they’re growing and growing.”

Turn Up The Volume: The Magnettes sound cool, look cool, dress cool,
and trigger your adrenalin production from the get-go with their new sickly
sticky single. For peppy pop gems like Monster those awesome Wurlitzer
jukeboxes should return and brighten up bars and cafes.

If this vibrant vibe, its sensual harmonies, and magnett-ic melodiousness
don’t activate your bloodstream you need to consult a shrink.

Here come the beauties and the beast…