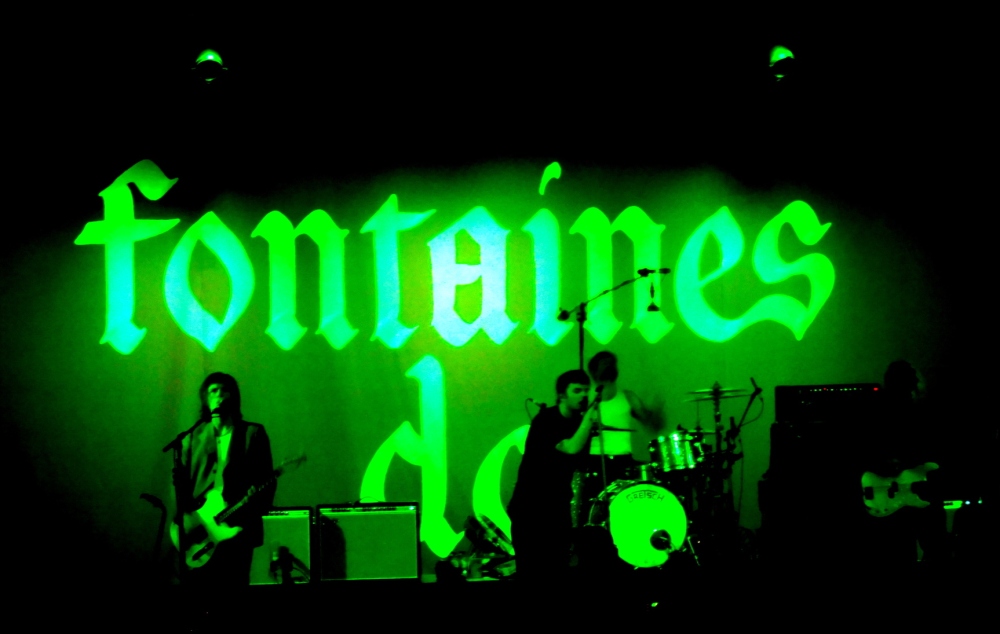 After about 20 minutes the high and lows of Shame‘s performance popped up
in my mind. Very familiar with the ups and downs of the Dublin bohemians.

– They played 8 of their thunderous jackhammers (including Chequeless Restless,
Hurricane Laughter (brilliant), Too Real and Boys In The Better Land.)

– Probably because of performing for larger crowds frontman/songwriter Grian Chatten communicates much more than before with the audience, not that this is so important, but the enthusiastic way he did it worked infectiously.

– As I said they made the venue explode with 8 thunderous jackhammers,
but the 9 slow to mid-tempo songs (great on record) took out the heat of
the moment too often.

– I saw Fontaines going berserk three times over the past 4 years in small clubs
(max 200 cap.), 40-minute gigs (10 instead of 17 songs), buzzing every single second.
The more famous a band gets the longer their shows get. Mostly, not a good thing. 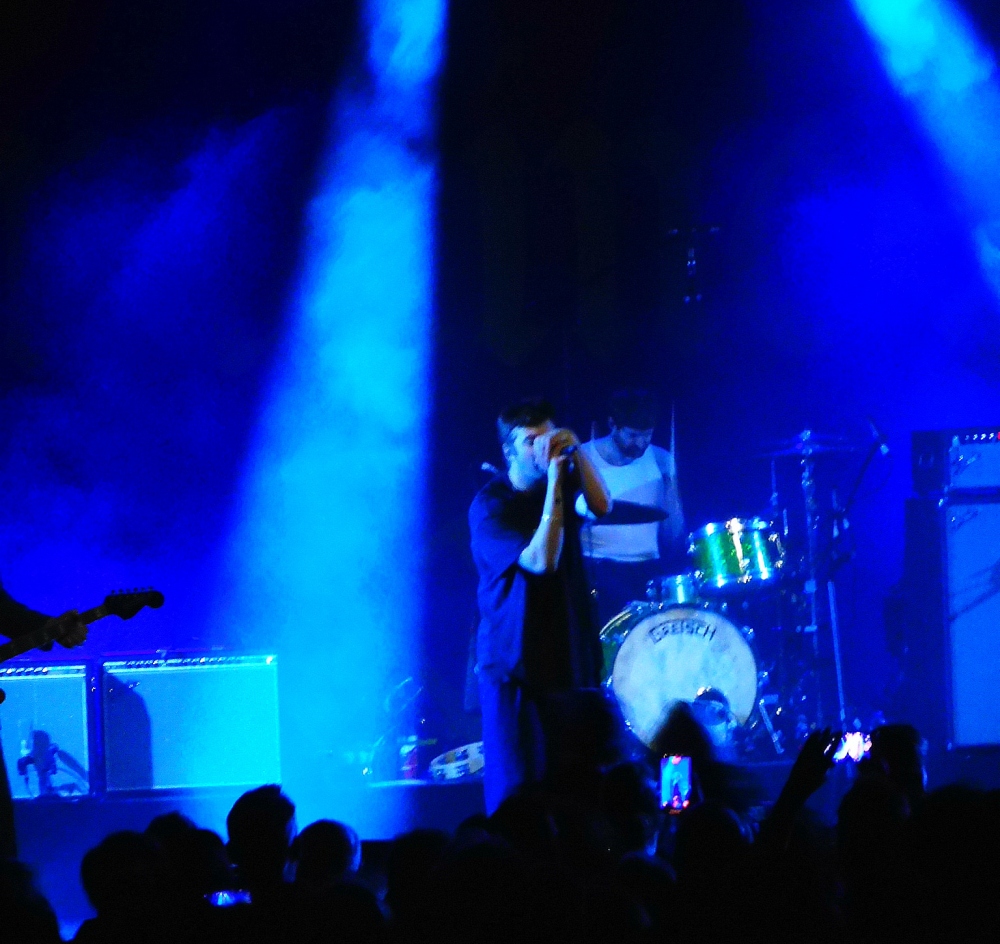 (photos by Turn Up The Volume)