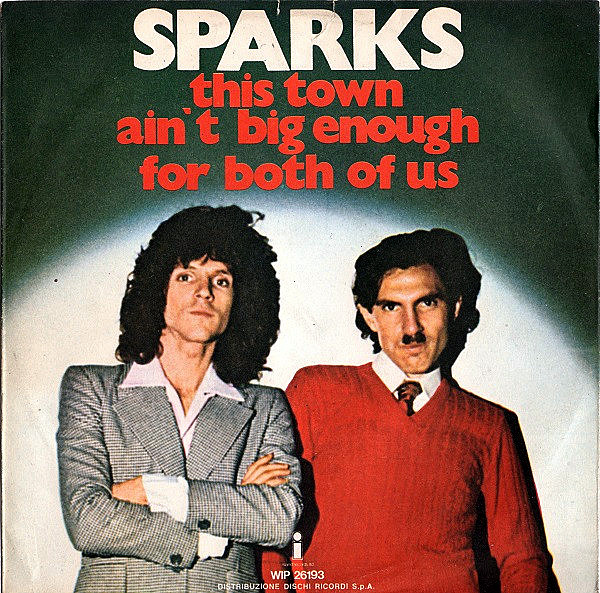 Last week after playing a show at the music venue Casino de Paris the Mael
brothers, better known as spicy pop legends SPARKS, played a short version
of their big 1974 hit This Town Ain’t Big Enough For The Both Of Us at/on
a public piano at the historic Gare du Nord station in Paris.

A passing fan went bananas when she saw the Bros.