Fifteen Knockout Tracks on repeat this past month!
A fervent fusion of robust rippers and striking strokes.
Here’s Turn Up The Volume‘s Knockout August Team.

‘Vote That Fucker Out‘ by WRECKLESS ERIC and AMY RIGBY (UK/US)
An anger-fueled uppercut, the whole wide world should scream along. A firm middle-finger knockout. Let’s get together and shout at the top of our lungs until the elections
in November. Exit Trump is the world-saving goal, ladies and gents! Let’s act! Let’s sing…

‘A Hero’s Death’ by FONTAINES D.C. (Ireland)
Rollicking title track from the Irish post-punk misfits’ second album.
An unquestionable contender for longplayer of this science-fiction-like 2020.

‘Fixer Upper’ by YARD ACT (Leeds, UK)
A mind-twisting crackerjack that’ll do your head in the way you like it. This funky as bloody hell banger sounds as if Mike Skinner and Sleaford Mods joined forces to experiment with intoxicating guitar riffs and turn up the decibels on for once. Cuts like a Swiss knife…

‘You Say’ by MADAME SO (Paris/London)
A spunky standout. A warning message for all hostile killjoys out there. Kicking off
with a powered guitar riff, soon followed by Madame So‘s vox hitting the roof with
the titanic You Say chorus. Smoking stuff, ladies and gents…

‘Late At A Festival’ by BLUE STRAGGLERS (Sussex, UK)
Razorblade melodiousness drenched in a pool of kamikaze guitars, going forth and black like a roller coaster on the run. Blur‘s Britpop flair pumped up with tons of illegal decibels. Don’t come late at a festival with Blue Stragglers on the bill or they will find you and make you beg for mercy. You have been warned!…

‘Trump’s Still In Washington’ by BROKEN SOCIAL CONTRACT (Washington, US)
A razor-sharp rant about that 24/7 idiot in the White House. One-man-band
Justin Donnelly delivers the fitting belter to ventilate our own fury. Play it loud,
play it on repeat, play it until a new real POTUS arrives in Washington.

‘Everybody Will Be Forgotten’ by FAST FRIENDS (Bay Area/Boston/Denmark)
This paranoia punk punch sounds like Weezer on dope, like Green Day kicking that
American Idiot in the face, like the mental result of a lockdown psychosis, like if there
is no tomorrow. Jump and yell along before it’s too late. Right now, right here…

.
‘Forever’ by FOLK DEVILS (London)
Once a devoted indie rocker always a devoted indie rocker. Even are all these years you can hear and feel this band’s beating heart and feverish soul burning with strong-willed bravado and hungry desire. Dynamite sound, dynamite tune. Seems like Folk Devils are back forever despite the taste of life going wrong…

.
‘My Faith Is Larger’ by SAVING JACKIE (San Antonio, US)
A hot-tempered sucker-slam triggering every single nerve, every single muscle, and every single vein in your shuddering body. If you’re still mourning the loss of Rage Against The Machine, dry your eyes, rise from your bed, and go mental to Saving Jackie. Now!…

‘Burn’ by TEROUZ (Montreal)
This stunner wouldn’t be out if place on a Sisters Of Mercy album, while Terouz’s voice balances between Interpol‘s maestro Paul Banks and Editors‘ frontman Tom Smith.
Get up, stand up, and pirouette yourself dizzy…

.
‘Dirty Little Sinner’ by REGENT (Southampton)
This cracker blends Oasis‘ northern flair and Blur‘s power-pop catchiness. A steaming kinetic stomper to play to the max on your stereo so the neighbours can jump around
like doped monkeys too when the boiling chorus kicks in. Pump your fists in the air…

‘It’s OK To Bleed’ by HEAVY SALAD (Manchester, UK)
A trippy, mantra-like chant that will set your free. Light a joint, steal your grandparents’ hippie outfits and join Heavy Salad up there, eight miles high and dream of better times…

A fervent fusion of rhapsodic rippers and cool crackerjacks,
that dynamized my bloodstream and my limbs this past month!
Here are Turn Up The Volume‘s 15 Knockout Tracks for April!

‘Rise’ by ALISON MOSSHART (US)
The first solo single by The Kills charismatic Alison Mosshart. A passionate and bluesy ripper. The clip shows footage of Mosshart at home during these weird quarantine days.

‘Skimmington Ride’ by SEX SWING (London, UK)
A merciless killer juggernaut, an ongoing motorik and spine-tingling Krautrock serpent that moves at the speed of a crushing steamroller on the run. New album TYPE II out 15 May.

‘Yajña’ by SERVO (France)
A mind-blowing trance-like jam pushed by a furious repetitive wall-of-noise sound.
Its intimidating and hellish pace does your head in. New album ALIEN out 1st May.

‘Head’ by THE MIGHTY ORCHID KING (St. Albans, UK)
A steamy crackerjack with a sickly sticky chorus that blows you of your socks while a spicy saxophone sound and symphonic synths add a peppery touch. Bang, bang! Stunning slam!

.
‘The Adults Are Talking’ by The Strokes (New York City)
New York City’s darlings are back. This the best track from new album ‘The New Abnormal‘.

.
‘Clouds’ by IVY RYE (Kentucky, US)
Hells Bells! Here’s some rollicking power rock. This hair-rising, quietLoudquiet blast will make you want to bang your poor lockdown head against a brick wall. Turn it up! Yeah!

‘Weep‘ by AELISH (Portland,OR, US)
An anger-fueled rocker driven by a solid gold bass-driven groove. A vivacious cracker with a bluesy touch, electrifying guitar lines, and brisk vocals. Don’t mess with the Heal sisters.

‘Deviate’ by BOA vs COBRA (Belgium/Canada)
This a booming disco knockout, a deep pop-house hook, and a striking synth whopper that raises your body temperature on the spot and invites you to do a seducing cobra dance.

She’s Like Lucifer by ONE TRACK MINDS (Trondheim, Norway)
What a cracking glam stomper. A kick-ass stunner that makes your head spin uncontrollably and wants you to get up, stand up and fight for your right to party.

.
‘Poetry’ by HMS MORRIS (Wales)
A magnificent pearl about the consequences of obsessive love. An amplified poetic ballad that grows in emotion, magnetism, and power along with its wondrous progression.

.
‘All This Alone’ by JUPE JUPE (Seattle, US)
A swirling synth tune that draws your aural attention from the kick-off, a vibrant earworm driven by a sparkling melody line creating rapturous sonorousness. Swirling electricity!

‘Monster Club’ by THE SUNCHARMS (Sheffield, UK)
If this was the sixties this moody love ballad would be on a Wurlitzer jukebox in a downtown bar where lonely hearts have a drink and dream about better times.

.
‘Isolation Days’ by DEUX FURIEUSES (London, UK)
A gripping humdinger, a spine-chilling reverie reflecting the hallucinate
times we all experience right now. This caring duo donates all proceeds
to UK’s National Health Secure. You can buy the track here.

.
All together on Spotify…

See/hear you next month, music junkies…

Killer tracks of the month…

Eleven standout tracks played on repeat in March!
A heated mix of flaming rippers and glowing grooves
energizing all of my senses and limbs this past month!
Here’s Turn Up The Volume‘s Knockout March Team!

1. No Rock Save In Roll by CORNERSHOP (Northern London)
This sickly sticky earworm will put a big smile on your face! Welcome back Cornershop!

2. ‘Ponytail’ by PINS (Manchester, UK)
Hot disco banger that should be played in all discotheques around the globe. Dance fever!

4. ‘Vicious Little Sister’ by THE MEDICINE DOLLS (Cape Town)
Unquestionably one of the blowup singles of the year! The Medicine Dolls rule!

.
7. ‘Somebody Else’ by PLASTIC SUN (UK)
Melodious swagger bringing stone rock icons Queens Of The Stone Age to mind. Top-notch!

.
9. ‘Lungs’ by THE MIGHTY ORCHID KING (St.Albans, UK)
A retro psych vibe with a revitalizing, stimulating and spiritual impact. Save the trees!

All knockout tracks
together on Spotify…

See you next month, music junkies…

Best killer tracks of the month…

Eleven superb tracks that energized my sonic
bloodstream this month. From roaring to moody,
from shaky to gloomy. Here is the sonic dope…

1. ‘Hot Slick’ by PINS
Without a shadow of a doubt one of the most exciting bangers of the year! Utterly cool! 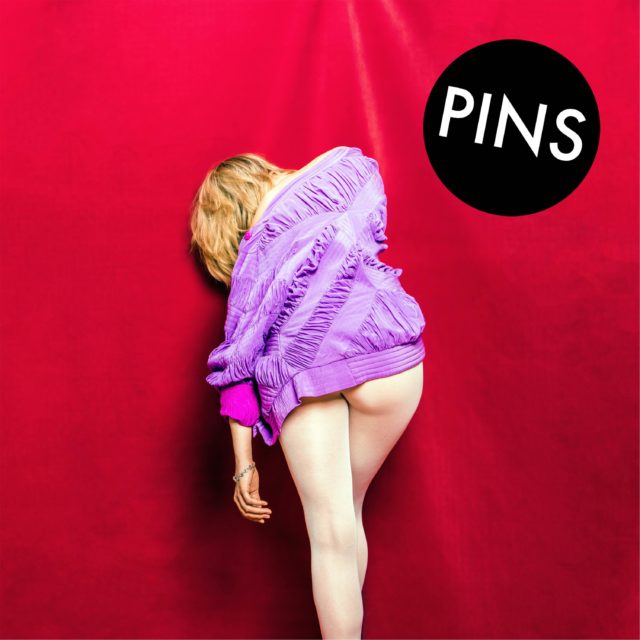 .
2. ‘Scavengers’ by MECHANIMAL (Greece)
A high-powered industrial, darkwave drone that will blow you of your socks…

3.’Conveyor’ by LICE (Bristol, UK)
Ominous and thunderous jackhammer. Armageddon is just around the corner…

.
4. ‘See What I See‘ by SINKA (Watford, England)
A powerhouse smack and ear-splitting outburst that will trash your speakers…

5. ‘Paranoiacs’ by CHEMTRAILS (Manchester, UK)
A flaming ripper that encourages you to get up in the morning and kick some macho ass…

.
6. ‘Dreams Like Drugs’ by LIONS OF DISSENT: LIONS OF DISSENT  (Wolverhampton, UK)
Transcendent psychedelia at its dazzling best. Sonic dope to get eight miles high to…

8. ‘Talking About You Man’ by PLASTIC SUN (UK)
This cutting indie power-pop stroke is a biting rejection of appalling toxic masculinity…

11. ‘Holiday’ by ATTAWALPA (London based, UK)
A sensual, soothing slo-mo groove with a glam touch reflecting the desire to drift away…

See/hear you next month…

A swirling fusion of rhapsodic rippers and cool crackerjacks,
that activated my bloodstream and my limbs this past month!
Turn Up The Volume‘s 10 Knockout Tracks for January!

1. ‘Sweet’ by PORRIDGE RADIO
An overwhelming and emotional quietLOUDquiet eruption that does your head in.
New album Every Bad out 13 March. More info and details right here.

3. ‘What Can I Say’ by GIANTS OF JERICHO (Australia)
What a glorious stunner! A rousing wake-up call to celebrate each and every day you live.
The band’s debut single from upcoming EP ‘The Fuss And The Feud‘.

5. ‘Exhale’ by VVYNN (Belgium)
A tower of a song reminding me of PJ Harvey’s electric intensity and spine-tingling voice.
One of the two new singles the band recently shared. Here’s the other song ‘Moaning‘.

7. ‘Brain Suck’ by SHADE (Canada)
A red-hot punk ‘n’ roll steamroller with a buzzing turbulence and a sassy swagger…

8. ‘Text Me Back (Chirpse Degree Burns) by DREAM NAILS (London, UK)
Who needs a Bikini Kill reunion when you have Dream Nails now! Text them!….

.
9. ‘Walls Between Us’ by KATH & THE KICKS (Leeds, UK)
A dynamite stroke about human communication. A kick-ass flare-up with fervent vocals.

10. ‘Cactused’ by WIRE (UK)
The London post-punk veterans still rock like the best with style and finesse.
Their seventeenth album Mind Hive is out now.

All 10 Knockouts together on Spotify

.
See/hear you next month…