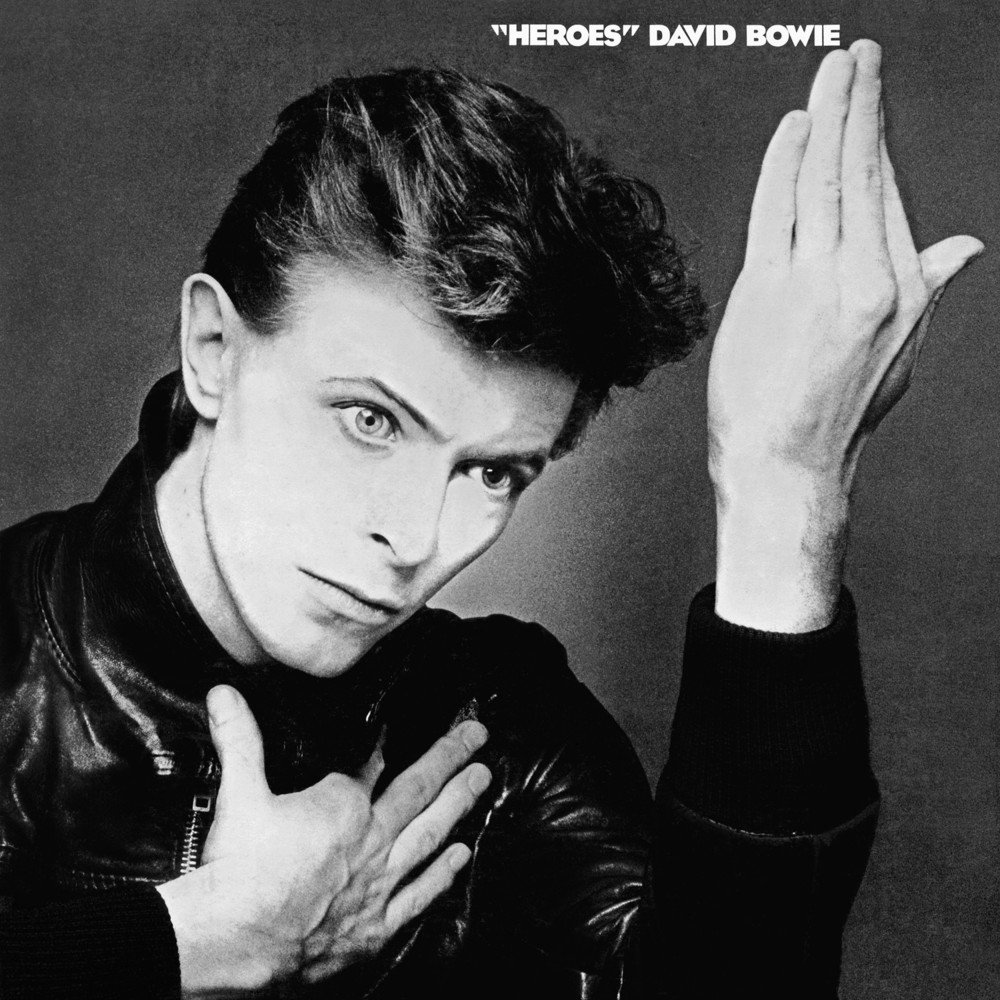 45 years ago today, on 14 October 1977 the late great genius DAVID BOWIE released his highly challenging and superb HEROES album. It was his 12th longplayer. The second part of his Berlin Trilogy (although ‘Heroes‘ was actually the only LP wholly recorded in Berlin) co-produced with Brian Eno and Tony Visconti and contributions by guitar phenomenon Robert Fripp. The classic lead single ‘Heroes‘ unquestionably helped the commercial triumph of the album peaking at #3 on the UK Albums Chart.

PITCHFORK wrote: ” “Heroes” is the second installment of David Bowie’s Berlin Trilogy. The trilogy, and “Heroes” in particular, show all the signs of an artist growing up, shaking off the trappings of capitalist ego and success, and searching for a soul instead. It often sounds as if Bowie is conducting chaos, smashing objects together to discover scarily beautiful new shapes.” Full review here. Score: 10/10

TUTV: Along with Low, Ziggy Stardust, Station To Station
and The Next Day one of the best 5 Bowie LPs in my book.

Singles/clips: Heroes / Beauty And The Beast

– BEAUTY AND THE BEAST –

And here the album in full…