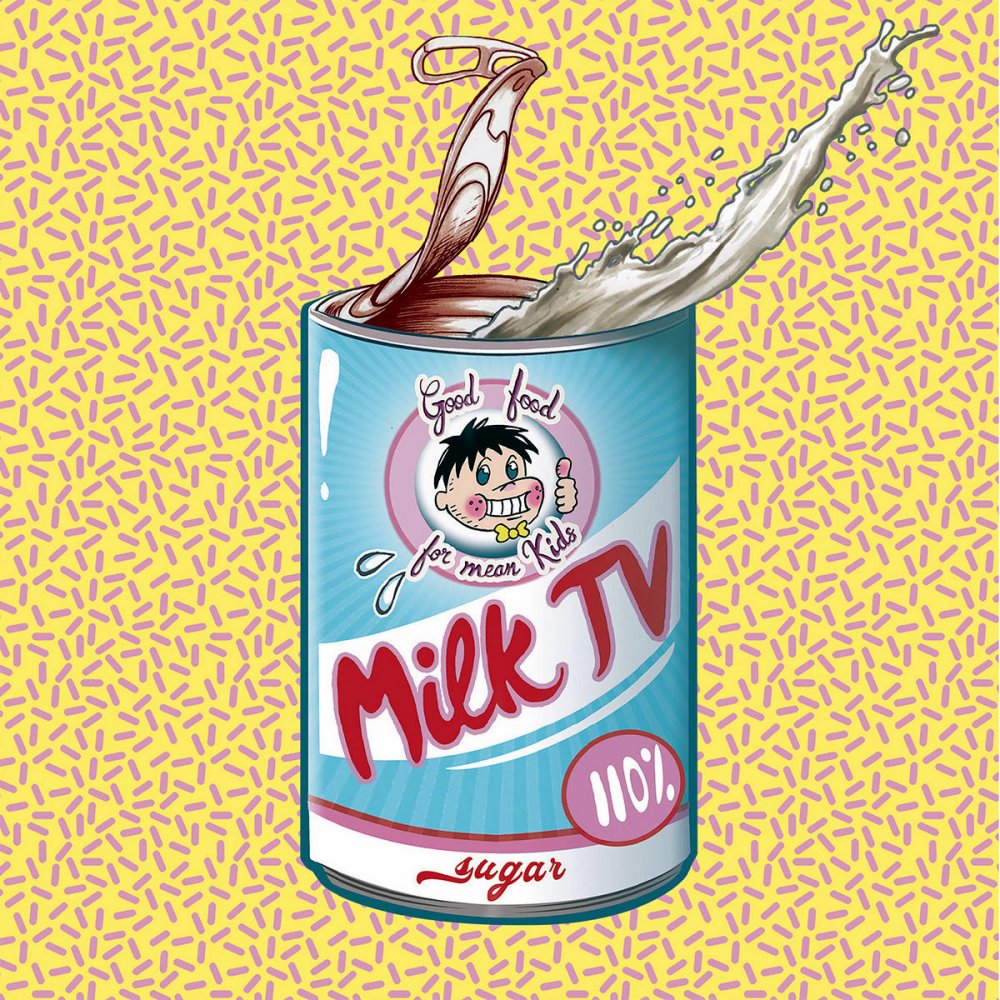 Band: MILK TV
Who: A punk/pop/no-wave trio formed in Brussels at the end of 2017.
The power trio feeds off nostalgia for playgrounds, TV shows and a healthy
dose of post-Reagan cynicism to deliver unpredictable and quirky rock tracks.

Turn Up The Volume: Milk TV writes erratic guitar pop tunes. First, they build them
up, then they break them down, then they build them up again and give them a puzzling
twist. End result? A head-spinning mix of far-out drones, robotic rhythms, manic eruptions, wayward zigzags, mental grooves, and funky trips. Listen and discover an up-and-coming band with a varied alternative record collection and on an adventurous mission to feed us with mean kids stuff. File the record under ‘intriguing debut albums’.